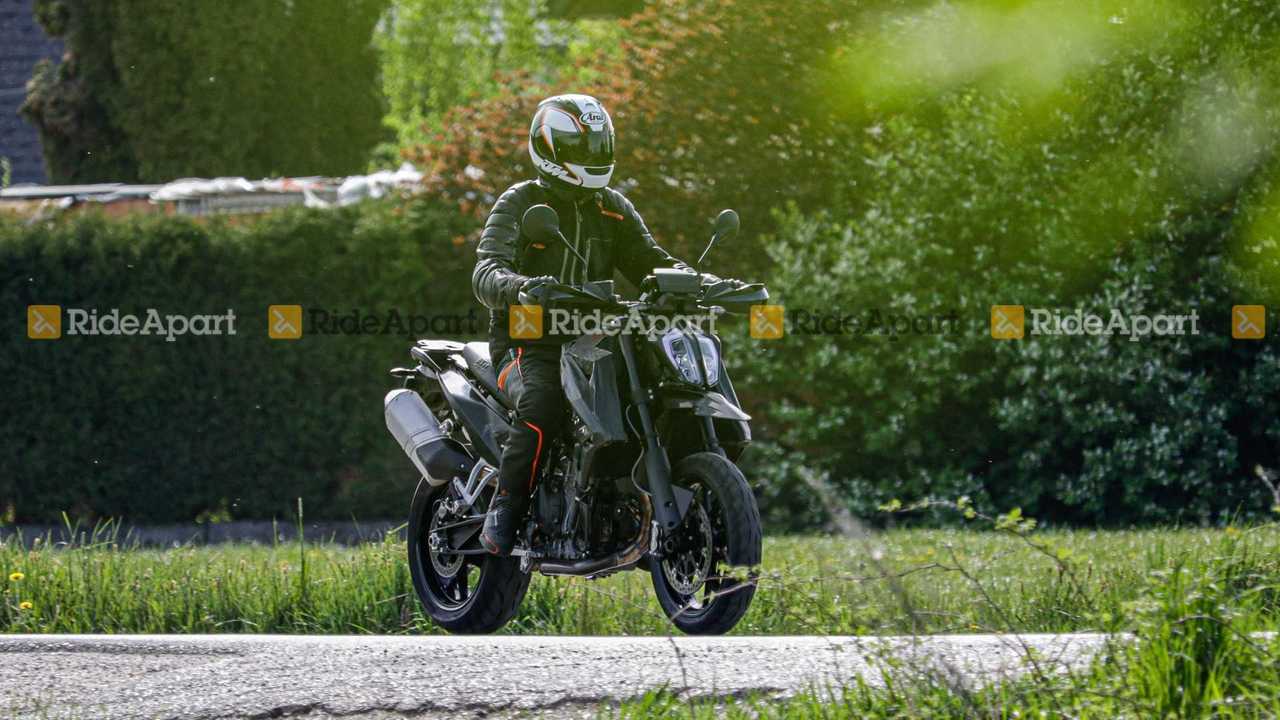 KTM is nothing if not steadfast with their supermoto dreams. The return of the 690 SMC R to the US for 2019 was widely hailed as a masterstroke of Austrian genius, with all the intuitive rider aids you could want for hooning with added reassurance. Add that to the positive reception surrounding the 2019 introduction of the 790 Adventure and 790 Adventure R, and the game becomes a simple “what if?” scenario.

The Future Is Looking Mighty Good:

Maybe KTM saw the hole left in the hearts of anyone who loved—and missed—Ducati’s baby Hypermotard 796 (you know, the one that they quit making after 2012). It may possibly have been someone asking the question, “What other fun can we get up to with this 790 lump?” Perhaps it was even a case of “that 690 SMC R looks a bit lonely all by itself in our ‘supermoto’ category.” Do we ever learn the entire thought process that goes into designing and building any new product? No, but it’s fun to think about. I mean, you might never know the real, completely true story about how your parents got together, but you’re here and that’s pretty good (at least, when you’re thinking about bikes), right?

Our best agents, Moose and Squirrel, tell us that the 790 SMC pictured here is just one of two new 790-based models planned for 2021. A 790 SMT—yes, a sport-tourer—is also planned, and if you’ve been lamenting the demise of the 990 SMT, this might be the new KTM for you. Both models feature a frame that’s lightly modified from the base 790 Adventure. More significantly, the split fuel tank from the 790 Adventure will be replaced with a single, larger fuel tank in the SMC that can hold about 14 liters for less travel anxiety. The SMT, meanwhile, will get the even more capacious fuel tank that you’d hope—the squirrel says it should take anywhere between 16 and 18 liters, and also that the SMT is set to squarely take on the Yamaha Tracer 700 in this segment.

Adjustable engine mapping is also strongly hinted at on both models, along with the usual assortment of rider aids, KTM TFT dash, and the same level of smartphone connectivity you can find on existing models. We don’t know how either variant compares to the range of existing 790 seat heights—the base 790 Adventure has a relatively accessible and adjustable seat height for the more vertically-challenged among us, so I for one will personally will be interested to know that detail on this model when it becomes available. The current 690 SMC R has a seat height of 890mm, or 35 inches.

We obviously can’t say any of this with certainty. However, official unveiling later this year at Intermot and/or EICMA won’t be surprising for what are most likely 2021 models.