Find Out How The Honda Africa Twin Does On The Nürburgring

Ever wondered how the Africa Twin performs on a track?

Motorcycles are classified by segments because, well, it makes sense. Standard models are perfect for everyday cruising, dirt bikes are at home on the trails, and sportbikes are ideal for time attacks and make for some fun track time. That being said, it’s not because a model is associated with a certain segment that there aren’t crossovers. For instance, we’ve reported on that guy who did the Portuguese Baja on a Gixxer or even on Harleys partaking in some tasty drag racing. A little out of character, right? So how about an Africa Twin on the Nürburgring? Yup! That happened too.

We Bless The Rains Down In Africa: 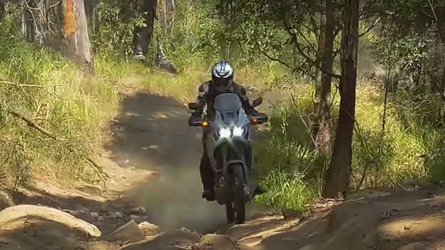 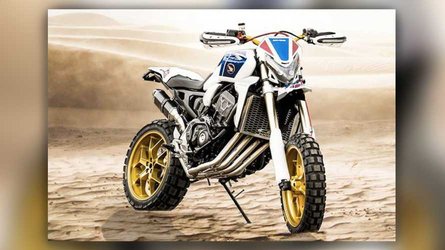 The Honda CRF1000L Africa Twin is a beast of an adventure bike, weighing in at 506lb and towering at a seat height of 34 inches. No matter how big a bike is, in capable hands, it can pretty much do anything. Including knit the bends of the famous Nürburgring.

The feat is that of Billy Burke, the guy running the Nürburgring Biker Blog. With a name like that, it’s easy to assume that he’s had a fair bit of experience of the Ring. In fact, his profile explains that he fulfilled his life-long dream of moving to Nürburgring in 2015. Talk of an enthusiast. All of the videos on his channel revolve around, well, the Ring experience. He covers everything from a ride around the track in a Lotus Evora, on an Aprilia Tuono or on a Honda VFR 800—vehicles that make perfect sense for the world-famous track.

The most fascinating of his bits, however, is when he puts the Honda Africa Twin on the track. The model’s capability as an adventure tourer has been proven times and times again, but observing first-hand its agility on the track is unsettling. It leans at angles you wouldn’t imagine possible on this type of bike. Obviously, Burke’s experience of the Ring comes in handy and allows him to push the ADV.

With the camera seemingly mounted on the gas tank, it allows us to have a first-person experience of what it’s like to toss an Africa Twin around the track. It’s definitely worth a watch.