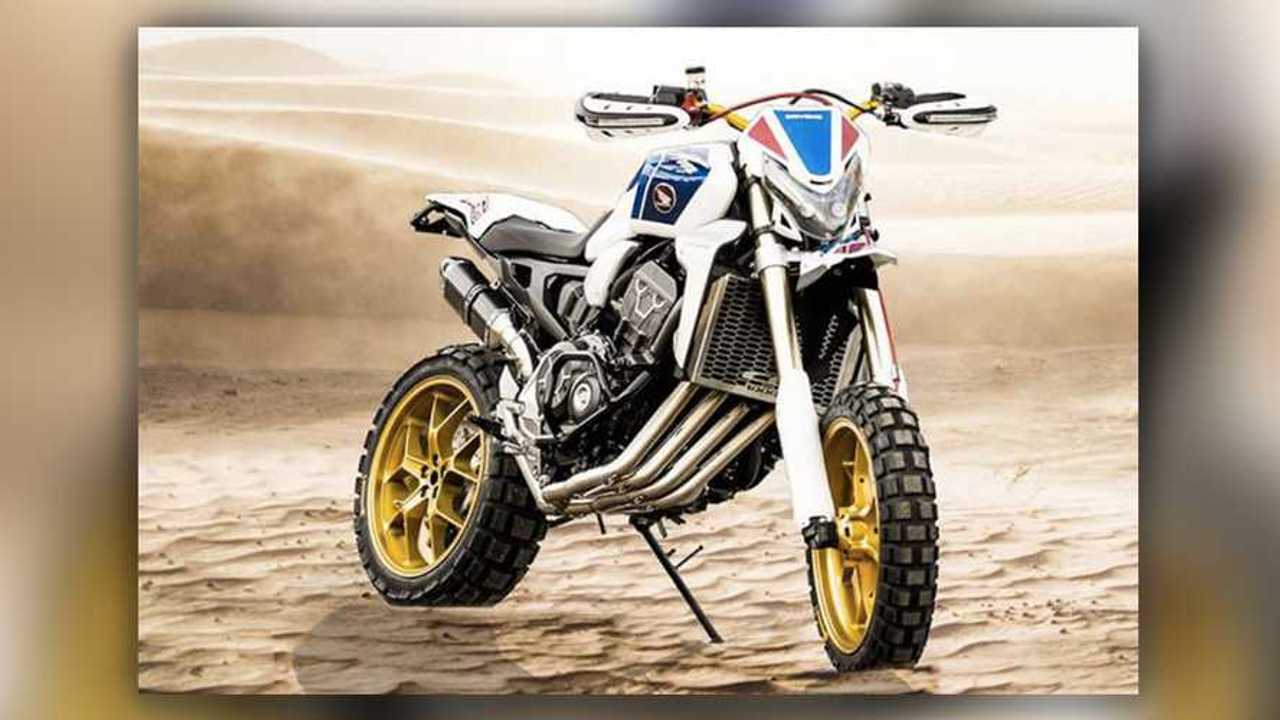 Scrambler all the things!

Over 50 years ago, scramblers were street bikes-turned apt off-roaders at a time when sport naked models reigned on the market and adventure models weren’t on the map just yet. The builds were usually home-made and included such modifications as off-road ready suspension settings, braced handlebar, cozier saddle, and, of course, knobby tires. We could say that in 2019, the real descendants of the original scramblers are ADV: street-friendly bikes that can also handle dust and gravel. While some manufacturers have been hard at work to introduce actual scrambler-inspired models to the market, few boast the capacities of ADVs. So it begs the question: what would happen if you combined the scrambler aesthetic with the capability of a modern-day adventurer? Wonder no more: a Swiss Honda dealer answered the question.

I BLESS THE RAINS DOWN IN AFRICA

Rumor Mill: The Honda Africa Twin Is Getting Bigger For 2020

Truthfully, what we’re looking at is a heavily modified CB1000R, Honda’s brand-new sport naked flagship. The custom model has been dubbed the Africa Four CRF1000R by Switzerland-based dealer Honda Brivamo. It borrows parts from a few different Honda bikes for a truly frankenbuild.

The frame, gas tank, and engine have been carried over from the CB’s with the 998c inline-four mill at the core and its striking four-in-one exhaust system, ending on a short carbon fiber muffler. In true scrambler fashion, the tip has been elevated and now exits at the tail of the subframe. The front fork comes from Honda’s top-of-the-line enduro model, the CRF450R and has been adapted to the CB’s frame.

The Africa Four also receives a new handlebar fitted with handguards, an engine protection bar, toothed footpegs, new y-spoke wheels, and a high-set mudguard at the front. Look-wise, with its red, blue, and white livery, the design is definitely meant to emulate the Africa Twin, though according to the description, no parts have been borrowed from Honda’s famed ADV.

While the look is polarizing—I don’t know for you but here at RideApart, we haven’t figured out whether we like it or not—you can’t help but feel that should scramblers had followed an uninterrupted evolution, this is most likely what they would look like today. What are your thoughts?