Watch This Dude Tackle The Baja 500 Portalegre On A Gixxer 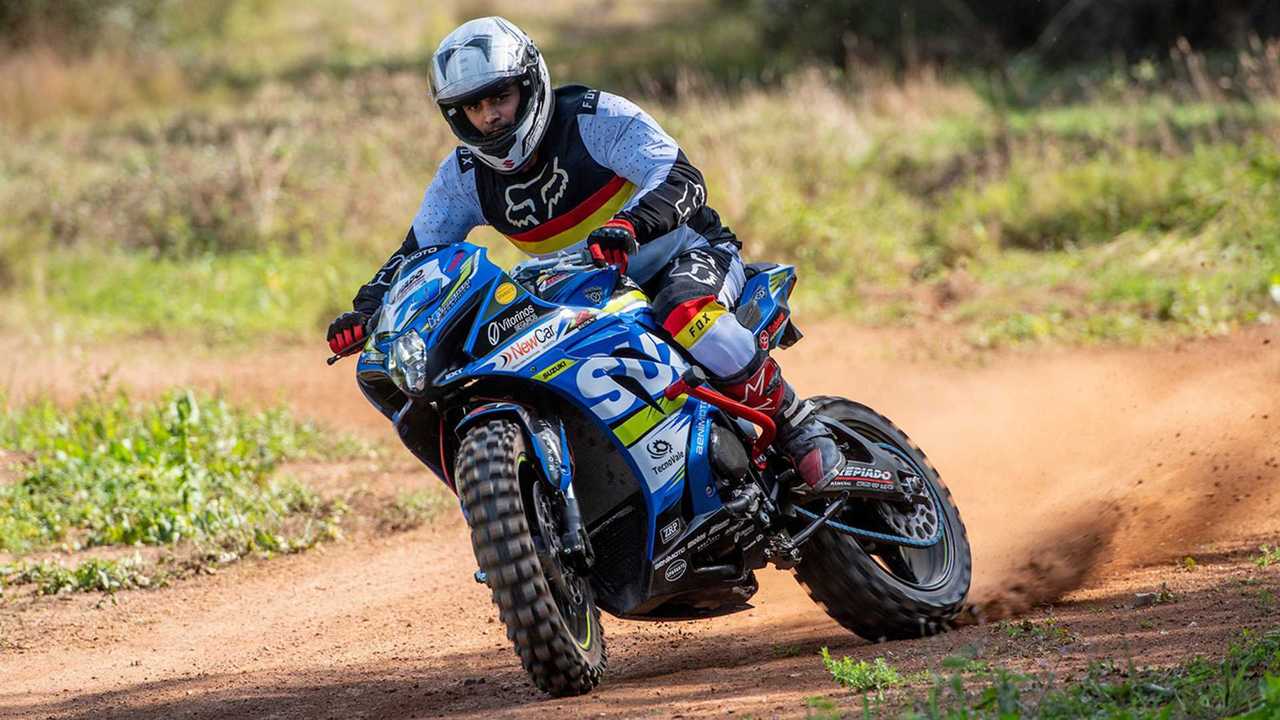 Well that was unexpected!

If I say “Baja”, the first bike that comes to mind is an enduro or a motocross of some sort. The original event is set in the middle of the Baja California Peninsula desert. It’s 500-mile raid that pits competitors against the clock with less than a full day to complete the course. Vehicles that tackle the challenge vary, like in the Dakar, between pickup trucks, cars, and bikes. The 2018 Portuguese edition of the rally saw a competitor straddle a little something unusual. What about a Suzuki GSX-R1000RR? Yep, there’s that too!

STREET BIKES NOT ON THE STREETS

Canada Man Hits The Trails On His Ninja 300
⠀

Sportbikes have their place on the road, but when it comes to off-roading, they usually aren’t a weapon of choice. Most riders opt for the long-travel suspension, low weight, and knobby tires of any decent motocross.

According to Portuguese rider Ricardo Domingos, however, all you really need are the proper tires and a higher, straighter handlebar to make a sportbike work offroad. Oh, a bit of engine remapping to give the bike a less performance-prone behavior. In fact, the stunt rider tackled the 2018 Baja 500 Portalegre with his one-liter Gixxer like it was nobody’s business. He managed to finish 24th in the amateur category out of 70 participants—46 racers did worst than he did on Baja-appropriate bikes. Imagine that.

For our viewing pleasure, videos of Domingos and his Gixxer in action have been shared on social media. Standing on the footpegs, Domingos seems in perfect control of the situation despite the ride looking rather rough considering the bike and the type of terrain he’s dealing with. Oh what fun! Here’s the proof that it’s not because a bike hasn’t been built for something as specific as off-roading that it means it shouldn’t get a good dusting.

Portugal has its own Baja rally: the Baja 500 Portalegre that’s been around since 1987, created by a former Paris-Dakar competitor José Megre. The event was eventually added as one of the steps of the Rally World Cup.