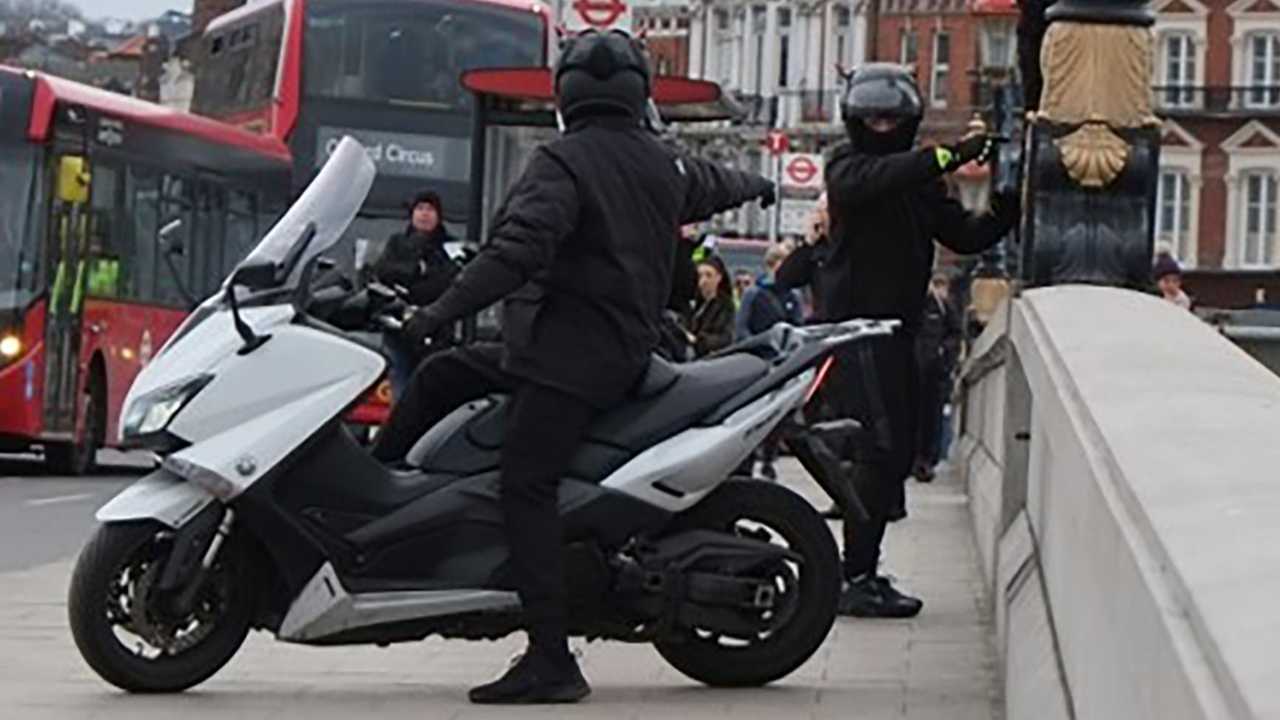 Seriously, how often do you get to use the phrase "Scooter-Related Crime?"

“Moped Gang” is not a phrase we hear very often here in the States, but a London-based gang of thieves and criminals who relied on stolen mopeds and scooters as their getaway vehicles has been apprehended and given a combined sentencing of sixty-seven years.

These guys used the stolen mopeds and scooters to ride around the city of London and do crime. They’ve been terrorizing the citizenry with things like “ram raids,” in which they’d arrive en masse, run a stolen car into a shop, rob the place, and then ride away on their stolen scooters. Some of them attempted to cut a BBC camera off a bridge in the middle of the day: they counted on their all-black motorcycle gear and tinted helmet visors to obscure their identities. Several of them attempted to rob a woman by threatening injury on her 3-year-old child, but were chased off by some builders who were working nearby: they saw the scene and came to the woman’s aid by threatening the gang members with scaffolding poles.

Mostly, the gang has been robbing shops throughout London and using scooters as getaway vehicles. London police say that apprehension of the twelve scooter gang members has helped to reduce “scooter-related crime” in the city by more than half.

The London police broke the case last year after chasing a moped with three of the gang members aboard for 90 minutes through 10 boroughs of London including a wrong-way freeway stint. The rider eventually crashed the bike and all three were taken into police custody. I don’t know about you, but I do not think I would be able to evade police, during a chase, on a moped with two other people aboard, for 90 minutes. These guys have wasted their talents.

The erstwhile leader of the gang, 32 year old Terry Marsh, has received a 13-year sentence for his part in the organized crime spree. Scooter gangs and theft has been a large problem in London recently and hopefully, these arrests will mean fewer stolen scooters. We can hope, right?

Photo courtesy of The Guardian/MET Police