It's not exactly a high-speed chase, but it gets intense.

Moped and scooter theft is a big deal in London. Perpetrators will frequently ride a bike of their own two-up, with the passenger either swiping equipment off other bikes as they pass or sometimes the bikes themselves. One victim who had his phone stolen and nearly lost his bike tried taking matters into his own hands when he happened to see the thieves minutes later. 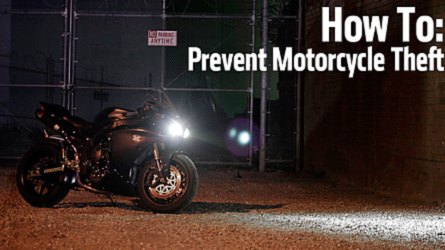 The rider did not have his camera on during the theft itself. Allegedly they stole his iPhone X and threatened him with a hammer to steal his bike, but he managed to escape. Five minutes later he spots the thieves again and goes back to confront them. This time they're the ones who escape. Then he sees them again. The third time's a charm, and when the thieves bolt he sets off in pursuit.

At this point, Yakety Sax might be an appropriate soundtrack for the chase. Scooters and mopeds aren't fast, so the pursuit isn't so much hot, like the video says, as lukewarm. But London's narrow streets are well suited for small bikes like these, and they wind their way through them as fast as their bikes will let them. The vigilante rider catches up to the perps in traffic and gets their attention by running into them. But the PIT maneuver doesn't work so well on a bike, and the chase is on once again.

A dinky moped horn isn't particularly intimidating, but our brave rider uses it anyway for some reason. They take a couple more sharp turns, then as traffic stops for an approaching ambulance they take to the sidewalk. Back on the street, they start overtaking cars, Around yet another turn the vigilante almost takes out a pedestrian beginning to cross the road. After another turn and almost hitting a car, our "hero" decides that discretion is the better part of valor and terminates his pursuit. for the safety of local residents and himself.

We certainly don't condone vigilante justice. It would have been smarter to call the police and track the thieves from a safe distance to keep tabs on their location rather than confronting them. They already threatened him with a hammer once, so we know they're not above inflicting bodily harm. But on the flip side, it probably gave the thieves a good scare.