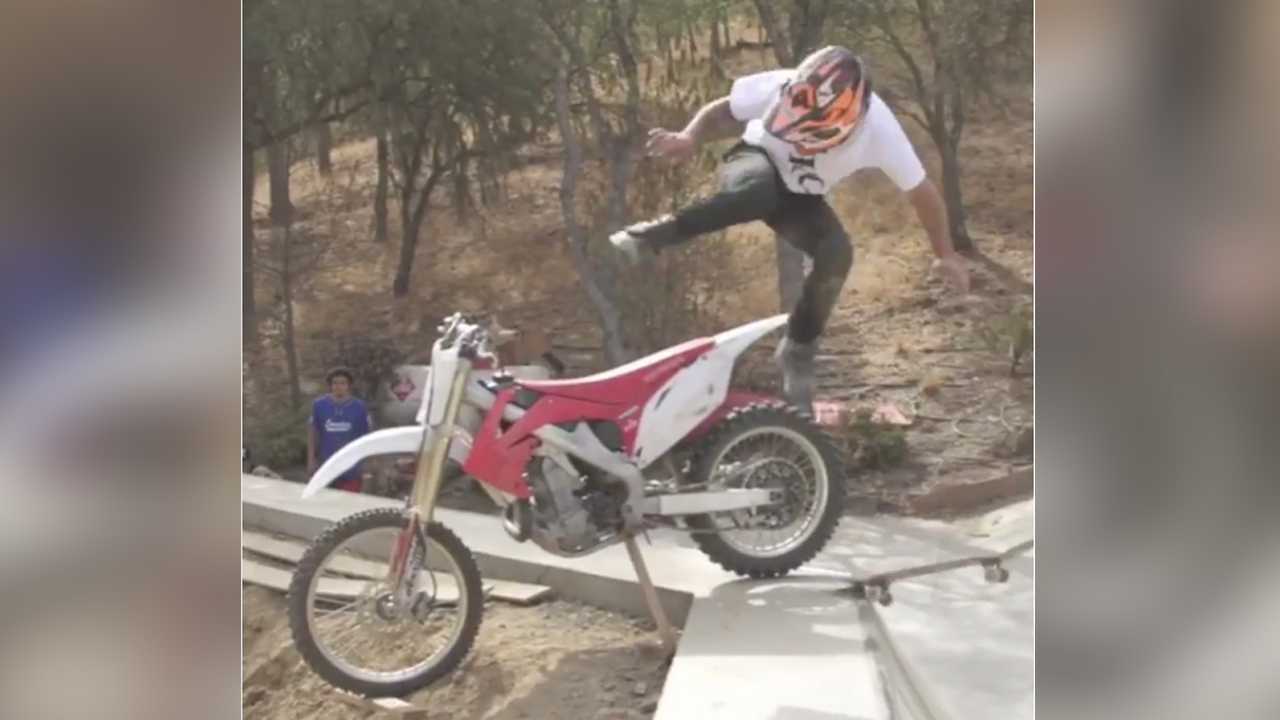 This guy is definitely getting sponsored by Monster in 3... 2...

This video has to be seen to be believed. Some people think dirt biking is an extreme sport in itself, but this young guy takes over-the-top skilled dirt riding and combines it with over-the-top skilled skateboarding in a seriously I-did-not-think-he-was-going-to-land-that amazing double-threat.

This is the dirt gear that saved my life

Trevor Jacob, self-described adventurer (and I would add daredevil) has turned part of his back yard into a skate park. That's right, skateboarding is apparently still cool. The part that is not a skate park, is a sand pit, and turns out to be pretty perfect for flogging a dirtbike around, up hills, doing flips, you know, like you do.

Either one on its own is pretty impressive from an athletic ability perspective, but combining the two seems like either brilliance or blatant stupidity.

Luckily for him (and for us watching), this time, it worked out.

To his credit, he has a youtube channel and includes a LOT of spills there. His Instagram timeline includes shots of him in the hospital after suffering a broken back performing some other dirtbike shenanigans. Make no mistake, kids: this is a super dangerous pasttime.

It would, however, be disingenuous of any motorcyclist to say, "don't try this at home, dirtbikes are dangerous" since the best place to try stuff like this IS at home, and we all know motorcycles of any flavor have the potential to be dangerous. Have any of us really lived quite as much as he seems to be doing?

This guy, though. This is some next-level stuff.