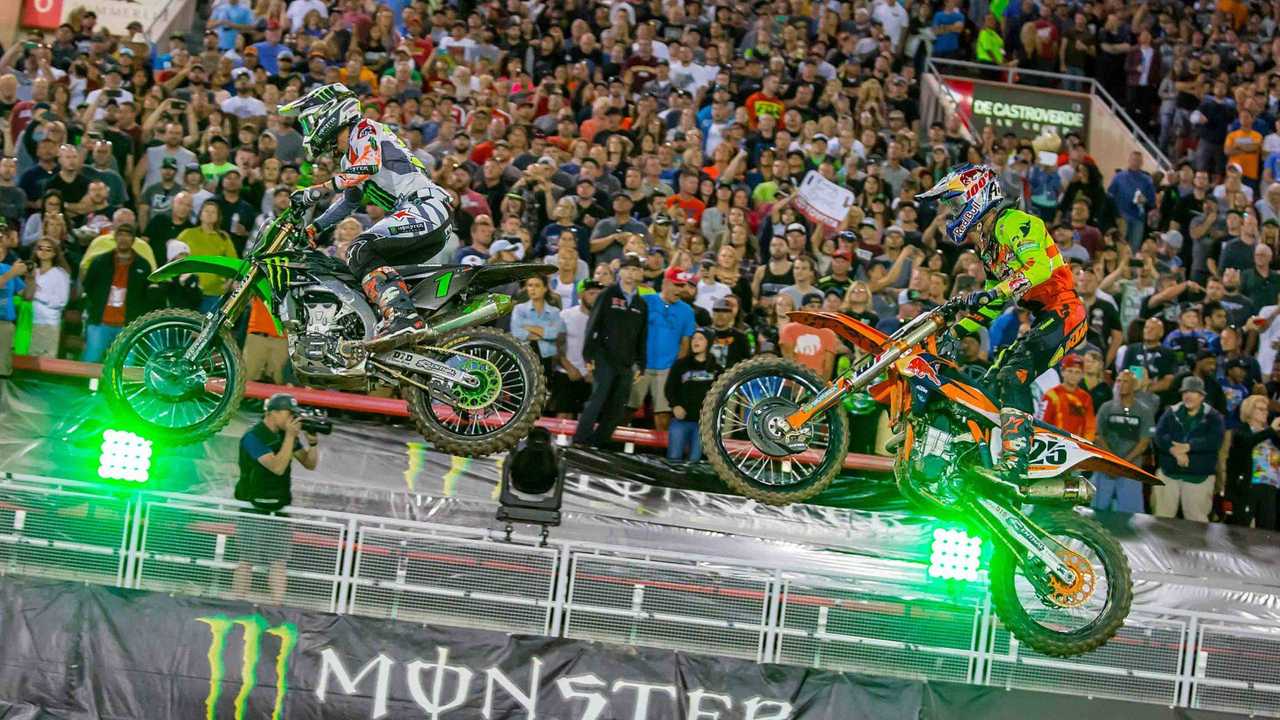 They say that what happens in Vegas stays in Vegas, and usually for good reason. For once though, in October 2018, the party will happen outside of Las Vegas and what happens there definitely won't stay there. The eighth edition of the Monster Energy Cup Supercross event is coming to the Sam Boyd Stadium on the outskirts of the sleepless city and competitors and fans alike will win big.

VIVA: How to Ride a Dirt Bike

This year's invitation-only event will put the motocross racers through three 10-lap races. Like previous years, the dirt track will spread outside of the stadium and into the parking lot to make full use of the space provided. This will create a 1,114-foot long straight line where the riders will reach speeds of up to 75 miles per hour. The competitors will also face two Monster Energy Cup arches that rise into the grandstands, two sand sections, two over and under bridges features as well as the Joker lane that slows the opponents down and through which every racer will have to go through once during the race.

Inspired by Supercross champion Ricky Carmichael, the track is a unique hybrid that combines the usual Supercross features with outdoor track inspired ones. Over $1.2M is on the table for the competitors, including the $250,000 purse and a $1M bonus for the winner of all three races.

The event will also allow racers from the Supermini and Amateur All-Star classes for racers aged 12 to 15 to hit the same track as the pros. This year, the competitors aren't the only ones who could win big. Fans of the event who entered the Monstery Energy contest before August 31. Ten winners will be offered a free trip to Vegas, VIP tickets to the Supercross, and will be entered in a $1,000 cash for grab contest. The winner of the contest will receive $1M. Vegas is living up to its reputation as a city of excess!