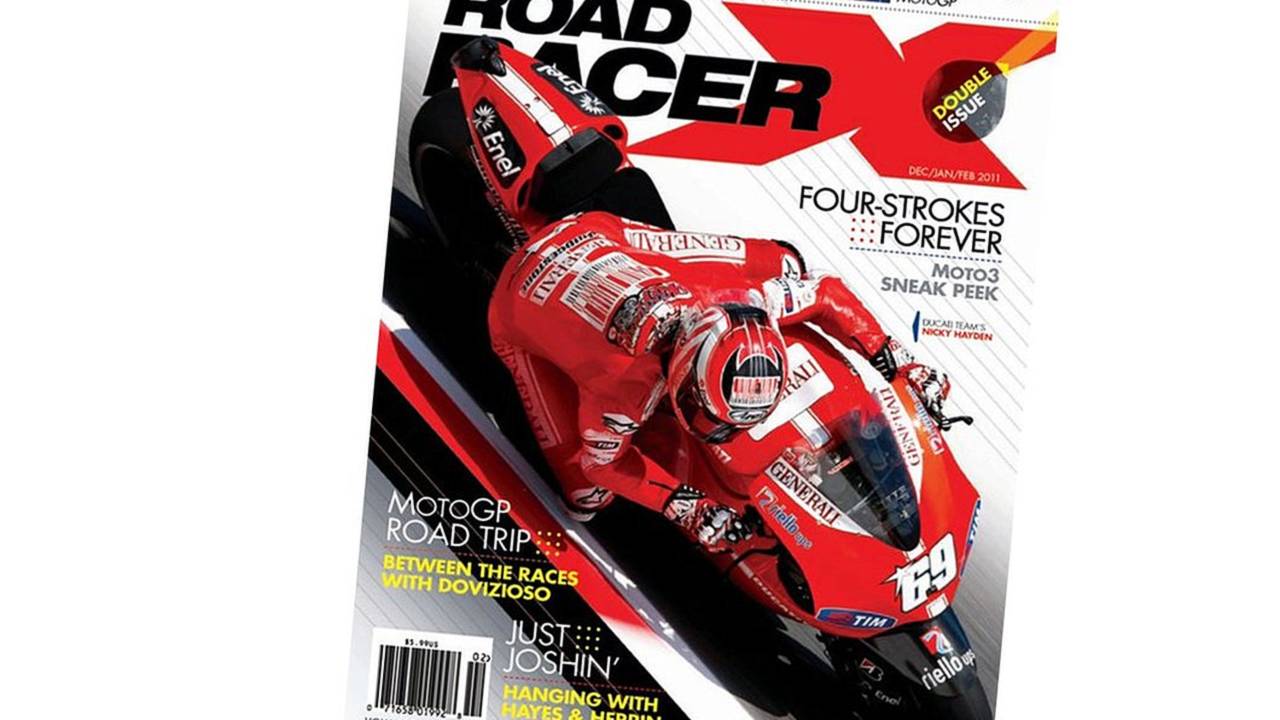 Road Racer X will cease publishing on December 31, 2010. “The publishing environment is pretty tough right now, but we're proud of what we've done with the RRX brand over the past eight years,” the president of the magazine’s publisher, Bryan Stealey, exclusively confirmed for us. The magazine’s motocross-oriented sister title, Racer X Illustrated, will continue publishing. This is the thi...

Road Racer X will cease publishing on December 31, 2010. “The publishing environment is pretty tough right now, but we're proud of what we've done with the RRX brand over the past eight years,” the president of the magazine’s publisher, Bryan Stealey, exclusively confirmed for us. The magazine’s motocross-oriented sister title, Racer X Illustrated, will continue publishing. This is the third American motorcycle magazine to go out of business this year, in September, both Cycle News and 2Wheel Tuner suffered similar fates.

When Cycle News went under, I wrote a fairly scathing editorial, criticizing the lack of perspective that caused what was once one of motorcycling’s most popular titles to lose relevance as the 1970s suddenly (according to some, it was virtually overnight) became 2010. That title continued to attempt to push regional race results as its major USP, filling the rest of its pages with identikit motorcycle magazine content, even while the Internet made those race results universal and immediate in their availability and generic magazine content lost its appeal. People involved with unsuccessful publications like to blame some mysterious, immovable force called “The Internet” for all their woes, but in reality it’s their own inability to adapt to a changing publishing environment that is their downfall. The thing is, none of those criticisms apply to Road Racer X, it was a wonderful, relevant magazine.

As a professional magazine writer, editor and fan, I’m constantly dismayed by the abysmal quality of motorcycle magazines in America. The genericness of the layouts, typography and photography are only exceeded by the lack of ambition of their content. The other day, I picked up January, 2011 copies of both Cycle World and Sport Rider to read on the train. Both featured press shots on their cluttered covers in the exact same orientation and it seemed as if all of their content was assembled some time in early October; these are January issues yet not a single bike released at EICMA in early November was featured. As they lose their readership and advertisers, their budgets for creating editorial content are slashed. Both featured multi-page articles on a freebie press launch at Continental’s banked track in Germany using identical photos and Cycle World’s main feature was a technical analysis of the BMW K1600GT press material. I wrote a similar article for HFL, just with more material, all the way back in early July!

David Edwards, the former editor of Cycle World, wrote a column on this topic for us last month, he analyzes all this much better than I can.

Road Racer X was different, it featured stunning photography and content which provided a unique insight in the world of American road racing, all wrapped up in a well-designed package that perfectly complemented the exciting nature of its subject. In addition to the print product, Road Racer X organized successful events and had a strong online presence that pushed breaking road racing news. Sounds like a successful formula, right?

So what went wrong? It seems that Road Racer X was more a victim of the general malaise affecting the motorcycle industry than it was its ability to create a compelling product. Other sources affiliated with the magazine suggest that while it remained profitable until the end, diminishing ad revenue was increasingly failing to justify the hard work its staff was putting in. With motorcycle sales in America down 40.8 percent year-on-year in 2009 and a further 18.3 percent on top of that through Q3, 2010, advertising budgets have been slashed across the board. There’s simply not enough money currently being spent by advertisers to maintain, much less grow, the number of publications currently serving motorcycle enthusiasts. Unfortunately, this impacts the motorcycle publications we want to keep reading as much as it does those that have failed to make such a strong case for their survival.

Who loses now that we no longer have Road Racer X? It sounds like all the magazine’s staff are landing strongly, so its really us, the readers, that suffer, as well as the world of road racing. Publications like Road Racer X play a key role in niches like racing, driving the enthusiasm that makes things like racing popular and spreading it to the outside world, hopefully bringing in new fans. Without Road Racer X, AMA Pro Racing will be less healthy and its fans less able to enjoy the sport they love.

As one of the magazine’s contributors told us, “Road Racer X had its flaws, but it always made racing look good.” It’s not looking quite as good anymore.