The 10 Best Concept Bikes Of EICMA Past 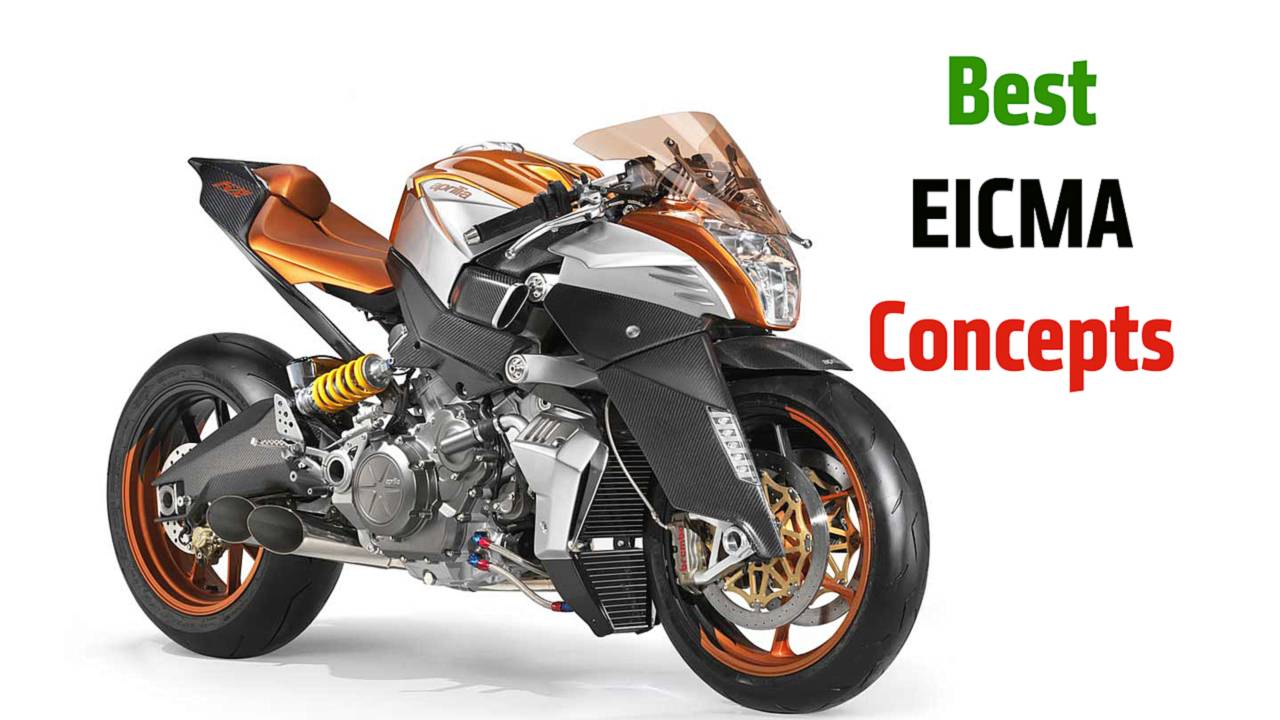 These are the best concept bikes to appear at EICMA in recent years. These 10 concept motorcycles are wild, and make you wonder what could have been.

The most exciting part of Italy's annual EICMA motorcycle show? It's not the new Ducatis, MV Agustas or Aprilias, it's the concept bikes. From wild flights of designer fantasy to way too much power in too little a bike, these are motorcycles unconstrained by reality. Here's ten of the neatest concept bikes from recent EICMA history.

What happens when the two biggest motorcycle designers of the last three decades — Miguel Galluzzi and Pierre Terblanche — collaborate on a concept bike? This radical trio demonstrating a high-tech way forward for the too-often retro Moto Guzzi brand. It probably doesn't come as a surprise that the futuristic forms here were rejected for the upcoming Moto Guzzi V12 production bike; when was the last time a motorcycle manufacturer as big as Piaggio was this daring?

Fitted with the wheels, tires and even motor from a big ATV, this Brutus is sort of an upsized update to the Rokon theme, just without two-wheel drive. Those big, low-pressure tires are supposed to help it ride through deep mud, loose sand or other challenging terrain at controlled, low speeds. That suits its purpose as a utility bike able to carry men and equipment into remote areas.

The motor is a 750cc single mated to a CVT transmission. Sounds like a Suzuki King Quad to us. It puts out 49 bhp and can be operated in reverse. That’s because the Brutus is intended to be fitted with a sidecar or snowmobile kit. The latter brings a front ski and rear track.

Designed by former Lambretta designer and Italjet heir Alessandro Tartarini, the Brutus was said to be entering production this year under the OVER brand, but nothing has emerged since its 2012 debut.

Simple: take one bum-basic ADV bike (in this case a BMW G 650 GS) and equip it with, wait for it...appealing styling! Sounds like a home run to us, but now that Husqvarna is just putting out re-badged Husabergs, we wouldn't hold our collective breath.

This thing was so mental that no one really believed they could make it without watering it down. Sure, this year's production model lost the $16,000 Ohlins FGR forks and put a headlight back where the onboard camera was, but the 180 bhp V-twin was carried over undiluted. Mental.

The idea here is factory customization. BMW would sell you a basic bike equipped with its 1,200cc boxer twin and telescopic forks, then you'd make it your own with a huge range of bolt-on tanks, seats, exhausts, headlights and whatnot. The BMW R nineT is an honest recreation of the LoRider's theme, but what we haven't seen yet are those parts...

Another stillborn concept from the formerly-BMW-owned brand. An honest little electric urban runabout that benefited from some clean, simple design. Alas.

The six-cylinder motor in the K1600GT/L is epic, but is housed in a trad tourer, not an exciting performance bike. The Concept 6 was a proposal to fix that, stripping the big bike of most of its bodywork and giving it sporting ergonomics. Despite their immense weight, the 1600s are amazing handlers, so such a bike might actually make sense sometime in the near future.

Launched in 2007, a year before the release of the RSV4, the Galluzzi-designed FV2 previewed that superbike's styling direction. Its seat unit and tank are virtually identical to the production model's.

Man, Husky got zany there for a little bit, huh? By gluing three of its single-cylinder dirt bike motors together, this 930cc monstrosity was supposed to be some sort of drag bike/flat track hybrid. Because that makes sense. I think the whole idea was really just to get us used to the exciting future of big Husqvarna street bikes, which obviously never happened.

Another Galluzzi masterpiece, the Mana X shows how sweet a Mana could look if it was stripped of its dumpy bodywork. The 850 V-twin, CVT transmission and steel trellis frame hold much promise — you'd ride this bike around town, wouldn't you?

What motorcycle concepts do you hope to see at EICMA 2013, next week?