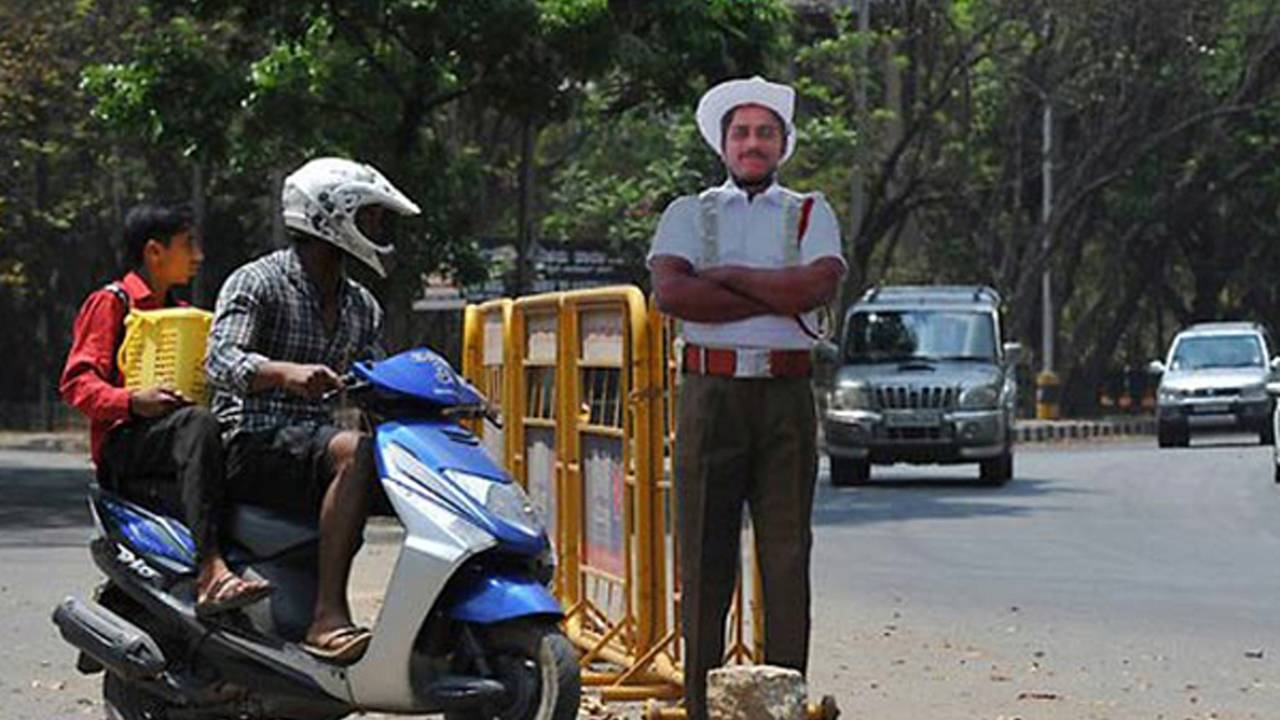 India’s Cardboard Traffic CopsIn a bid to cut traffic violations in India, police in the city of Bangalore have positioned life-size cardboard...

In a bid to cut traffic violations in India, police in the city of Bangalore have positioned life-size cardboard cut-outs of traffic cops.

Placed at busy intersections in the central district, the idea is to control traffic where in 2012 police say that there were more than 60,000 traffic violations in the Indian city and at least two people are killed on its roads each day by speeding motorists.

Traffic commissioner MA Saleem told the BBC that the introduction of dummy policemen is due to a shortage of traffic cops in the city and added: "It is not a gimmick. Wherever we have put up these cut outs, violations have come down."

via Bikes In The Fast Lane