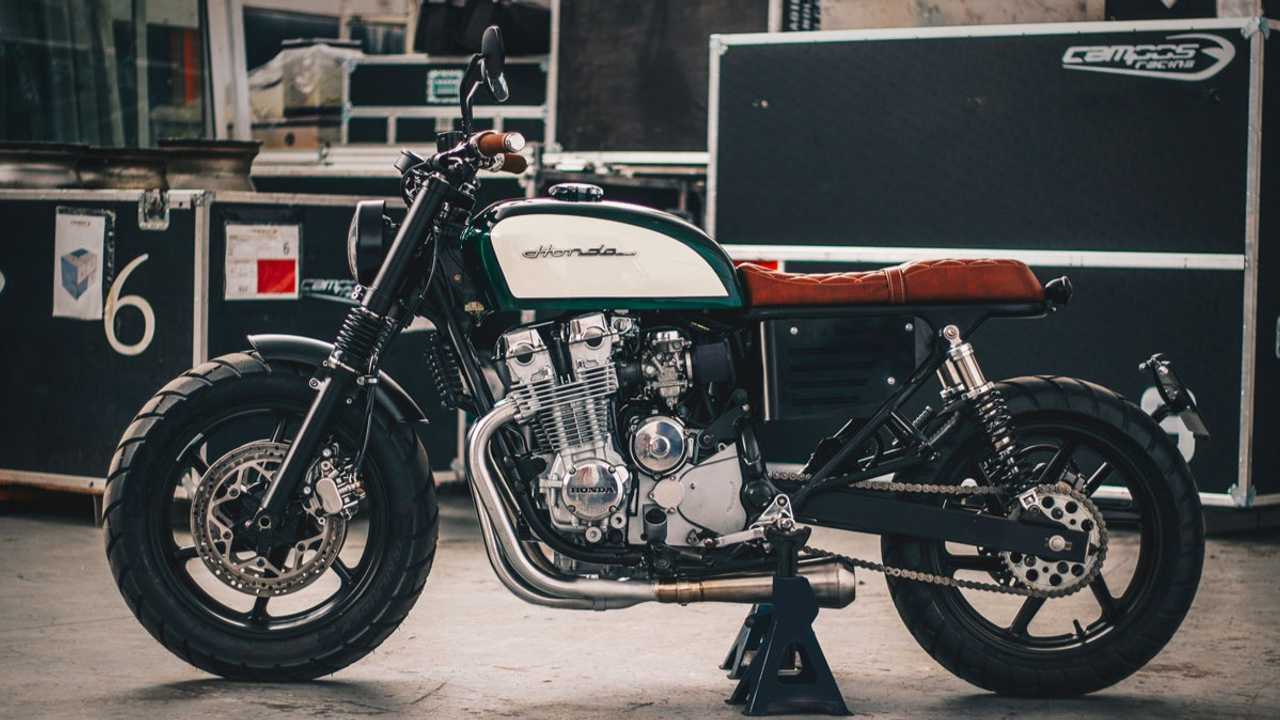 The perfect blend of subtlety and style.

The Honda CB750 Four is undoubtedly one of the most iconic motorcycles in history. Having recently been inducted into the Japanese automotive hall of fame, this bike has gone on to shape what modern sportbikes are today. What looks plain in today’s standards, was in fact ground breaking technology back in the 70s—the heyday of the CB750.

Featuring a 736cc in-line four engine, the Honda CB750 Four went on to set the standard for multi-cylinder sportbikes in the coming decades. That being said, the CB750 subsequently became a favorite among custom builders looking for a solid platform for their creations. This brings us to our featured machine from Bolt Motor Co. Starting life as a plain old Honda CB750, one look at this machine is enough to tell you that it’s more than just your run of the mill custom bike.

The owner of this bike commissioned it to the more-than-capable hands of the folks at Bolt Motor Co. Envisioning this as a daily rider, he wanted it to sport upright ergonomics, and easy handling. As such, a low slung, aggressively positioned cafe racer was out of the question. Instead, the build took the route of a scrambler-esque design, albeit taken to a whole new level of refinement.

Focusing on clean lines, this bike’s elegant design centers around a level boneline front to back—from the tip of the fuel tank, to the end of the tail. In order to do this, several hours of meticulous fabrication was involved. The seemingly simple fuel tank based off a CB750 Four K2 took a lot of planning and painstaking craftsmanship to perfect. To top things all off, a bespoke, distressed leather seat sits perfectly in line with the bike’s boneline.

To achieve upright ergonomics and decent handling, a Renthal dirt style handlebar was fitted giving the bike a scrambler stance. To top it all off, the bike was finished in a stunning yet subtle dark green and white motif, truly making it exude elegance.

This Is The Custom Deus Ex Machina Zero SR/S, And It Is Glorious