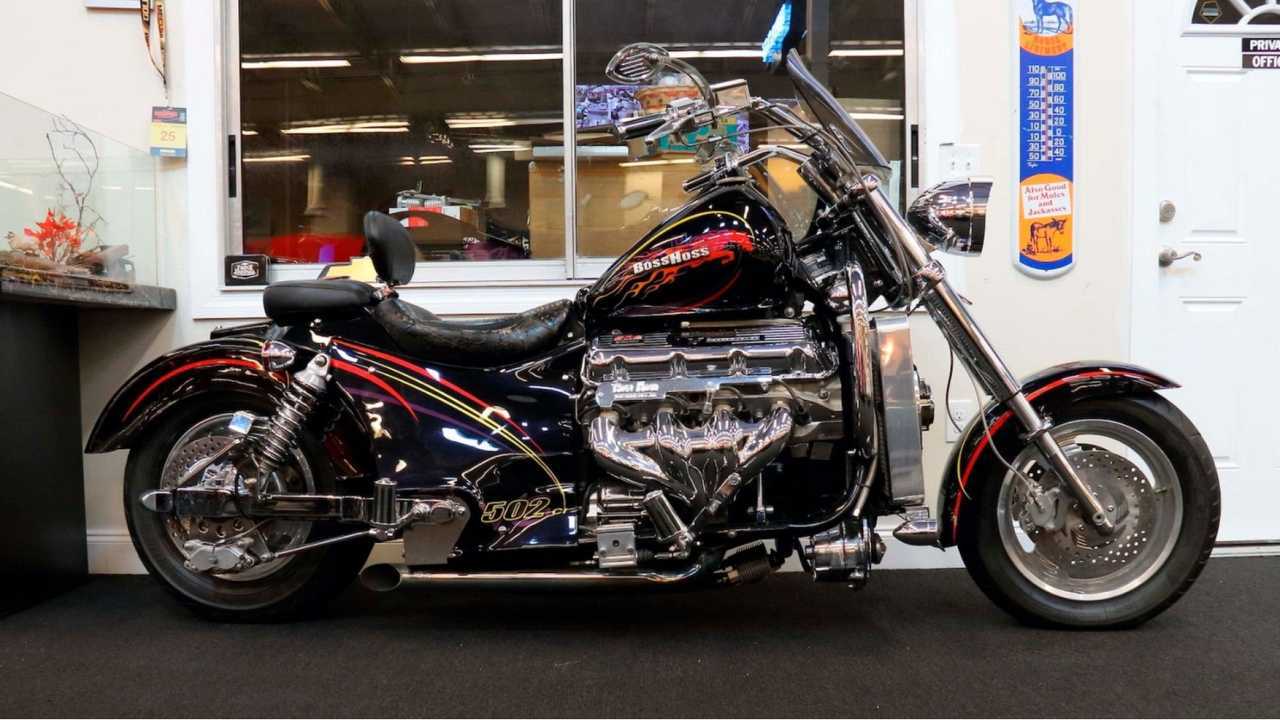 There is little more American than Harley-Davidson, V8 engines, and apple pie. In 1990, Monte Warne started to combine at least two of those into what would become known as the Boss Hoss. While not a Harley, its styling certainly captures the classic American cruiser look. No Harley frame was big enough to hold a Chevrolet V8 engine, so Warne built his own. The rest is history.

Every Boss Hoss is special, and this one is no exception. It is the only motorcycle included in Mecum's Muscle Car City auction. As the focus of this auction is on cars, there is virtually no information on Mecum's website about it except that it has a 502 cubic inch engine. This big block produces 502 horsepower and 565 pound-feet of torque. Chevy originally designed it for race cars in the 1960s but began to sell it to the public in 1996 as a crate motor.

Not even Boss Hoss equips its bikes with the 502 anymore. Though still available from Chevy today as a crate engine, purchasers of a new Boss Hoss have to settle for the 496, or more commonly a mere 350. These are usually connected to the back wheel through a one or two-speed automatic transmission. It doesn't need any more gears because even in the "small" engines, the torque band is so wide that such a small vehicle has no problem getting up to any speed in any gear.

Every vehicle in this auction is currently set up for long-term display and will need some work before tearing up the road. This bike's Florida license plate indicates it was last registered in 2009, which would validate that disclaimer. It would make a great display piece. It would similarly look good behind a thick cloud of tire smoke it just laid down behind it.

Paying The Cost Of Being The Boss:

Take A Tour Of This All-American 1992 Boss Hoss