Second star to the left, and straight on till morning.

It’s been just over a year since Sabrina first told you how she really feels about e-scooters. Would she make an exception for the story we’re about to share with you? Perhaps!

Someone in Oslo, Norway, apparently tuned up an e-scooter to run a whopping 36 miles per hour (or 58 kph). In the country, the legal top speed for e-scooters is just 12.4 mph. Thinking about how they’re operated, honestly, 36 mph probably feels like it would if you were going 90 on a saddle-type scooter.

Oslo police, in a joint program with the Norwegian Public Roads Administration, cracked down on two electric scooters on suspicion of speeding. The Guardian reports that the two both face prosecution, but doesn’t say what kind of charges they face—only that the illegally modified one was seized.

What do you want to bet that some junior officers are taking the thing and testing it out in some secluded area, away from prying eyes? I mean, how else are you going to know what it can do? Ah, but seriously, can you imagine zipping along city streets on a foot scooter at that speed? There’s a lot less between you and the ground on one of those units than on a saddle-type scooter, or even on a bicycle.

People have been obsessed with speed practically ever since we invented the wheel, so this shouldn’t be super surprising. If it has wheels, at least one person somewhere will do their best to make it go faster. From grocery carts to office chairs to lawnmowers, people can (and do) put their minds to work solving any given speed problem.

As with all technological advances, you do, of course, have some naysayers who aren’t keen on electrification. Some think that zero pistons equals zero fun, but that clearly doesn’t have to be the case. It doesn’t matter what they’re riding, or when in the timeline they’re riding it—people will always pursue speed. 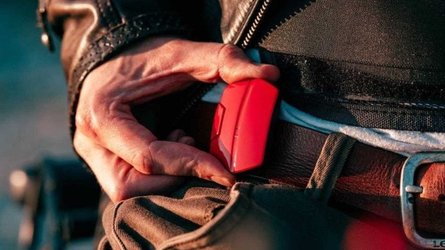 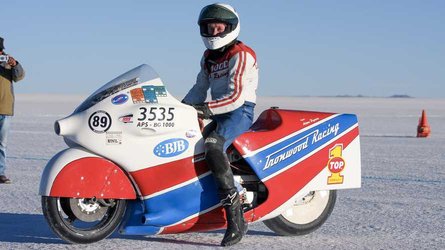 World Land Speed Record Holder Ralph Hudson Dead At 69
By: Janaki Jitchotvisut
++
Got a tip for us? Email: tips@rideapart.com