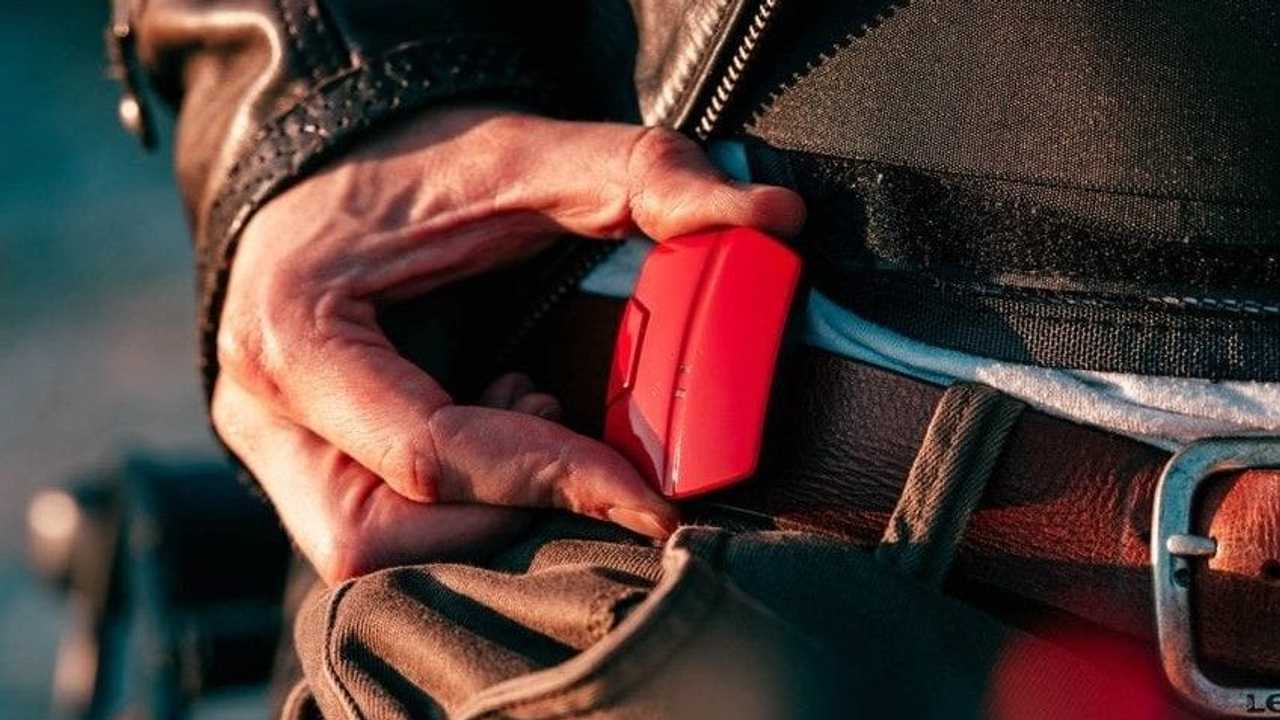 My rider's sense is tingling.

Technology can be a polarizing topic for motorcyclists. While advancements in GPS tracking, g-force detection, and telemetry help riders in dire situations, some feel that technology can be used as surveillance and provide evidence of wrong-doing. Whatever side of the spectrum you occupy, the Motobit Sentinel provides fertile ground for debate, as the wearable device continuously records road conditions and rider data to provide hazard warnings.

Founded by two motorcycle enthusiasts, the Austria-based Motobit company developed the Sentinel for over two years. The smart wearable uses Bluetooth connectivity to communicate with the Motobit app on the user’s smartphone. Placed in a pocket, on the wrist, or secured on a belt, the device uses haptic feedback to alert the rider or provide reminders. When two or more Sentinels are paired, the system will alert the leader if any group members are falling behind or potentially crashed.

Those monitoring and location properties also allow the Sentinel to provide suggestions on the fly. Using tracking algorithms to assess the rider’s capabilities, the road ahead, as well as the local speed limit, the wearable can recommend a suitable riding speed. While most will balk at the Sentinel’s training-wheels treatment, it could prove useful to those riding near speed traps or speed camera zones.

Of course, Motobit utilizes its technology to equip the wearable with the ability to contact emergency services. The Sentinel will call a nominated contact or emergency dispatchers if the device’s g-force sensors detect a crash. Luckily, users can override the feature if they simply dropped their bike or require no assistance. If you’re interested in the Sentinel, you can back the campaign and pre-order a unit on Motobit’s Indiegogo page.

Like many modern doodads, the Sentinel leans on advanced monitoring and tracking technology to provide added security. Whether you see the value in digital assistance or prefer a more analog experience, it’s not hard to see the benefits of the Sentinel. The real question is whether you feel you yourself need it or not.

In The Name Of Safety:

A Case Against Hands-Free Devices On Motorcycles
⠀

Would This Bike Safety Device Actually Have Made Things Worse?