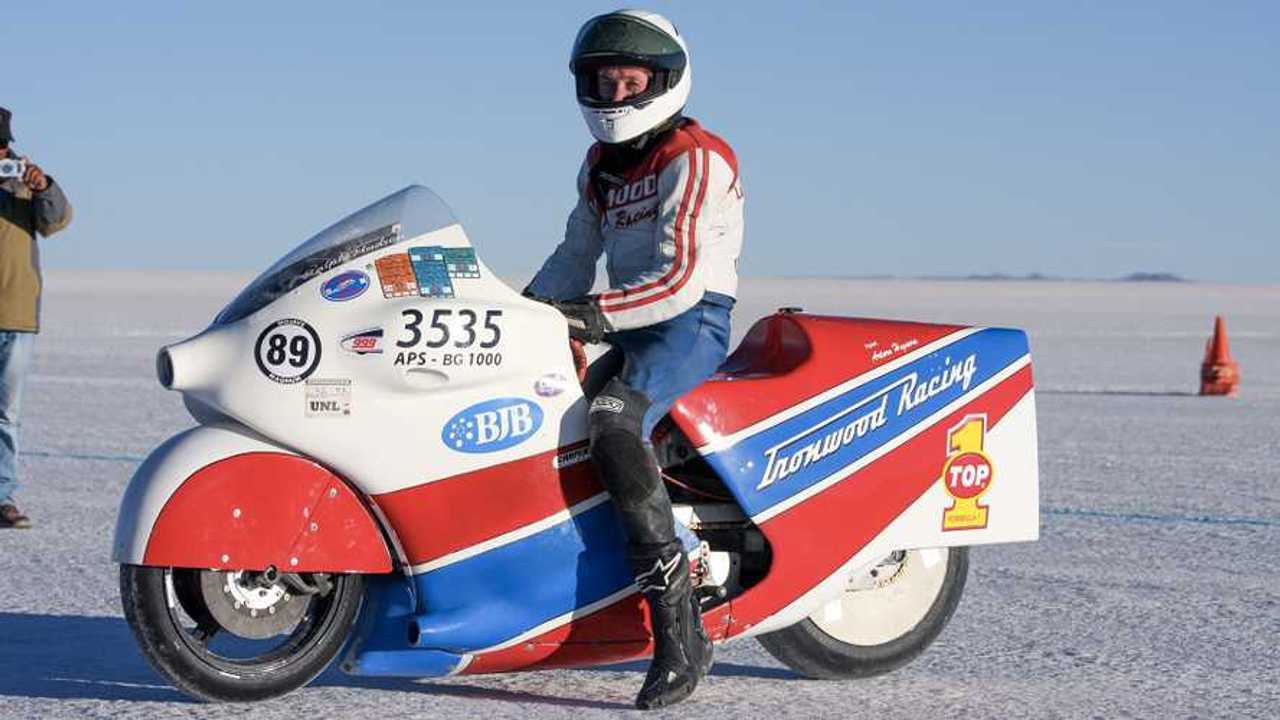 The Quiet Giant will be fondly remembered.

Ralph Hudson, land speed racer and world record holder, passed away on September 6, 2020, at the age of 69. Hudson had been in the hospital for three weeks after getting into a high-speed crash during the Bonneville Speed Week as he was attempting to set yet another land speed record.

The Quiet Giant was competing in a Southern California Timing Association (SCTA) record attempt on August 14, 2020, when a wind gust caused him to lose control of his motorcycle at over 250 mph and crash. He was cared for at the Intermountain Medical Center in Salt Lake City where his condition was initially stabilized. He, however, sadly succumbed to his injuries.

Ralph Hudson remains to this day the FIM World Record holder for the fastest run on a non-streamliner motorcycle. In July, 2018, he was clocked reaching the speed of 297 miles per hour on the Salar de Uyuni, in Bolivia—a mere three mph short of his life-long goal of 300-mph.

“It’s great to have gone 300 and to have it officially recognized, but I didn’t do two runs with an average over 300 and get an FIM World Record,” Hudson said following the 2018 Bolivia event. “To know that I have a bike that was capable of doing that but not putting the two runs together is very disappointing. You know, you set your goals and it’s disappointing if you don’t reach them.”

Hudson managed to reach 304 mph on one of his runs but was unable to bust the 300-mark on the second one—required to be eligible for a world record title. He had plans to return to Bolivia to make another attempt at a 300-mph speed record.

He is fondly remembered by members of the land speed racing community as an ambitious go-getter but also as someone who always had time for the others. He leaves his son David, girlfriend Leslie Murray, and countless friends and family members behind.

“Information regarding a celebration of life and a memorial scholarship in Ralph’s name will follow when available. We sincerely thank everyone for their kind words, prayers and support during this very difficult time. Ralph would want everyone to stay strong and keep going fast,” Murray commented on social media.