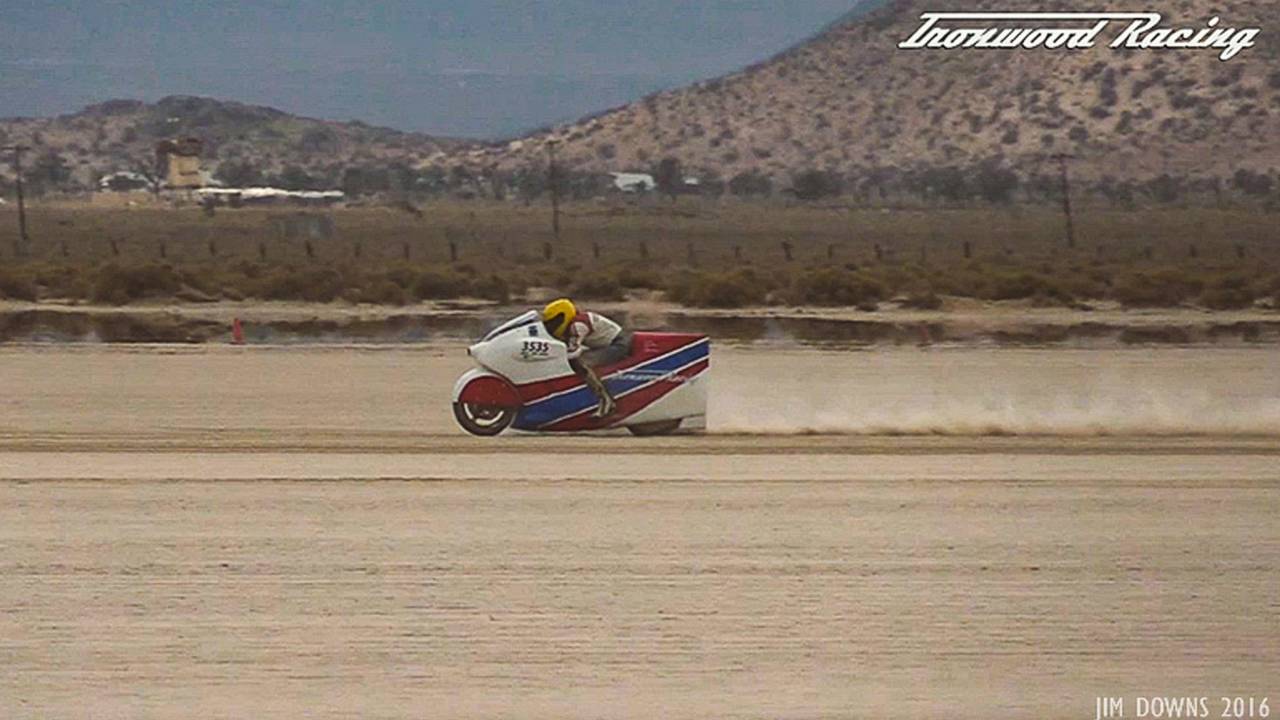 Bonneville may be in jeopardy, but that hasn't stopped the pursuit of record-setting land speed racing.

Who's the Fastest Rider You know?

Last month, my friend Ralph Hudson asked me if I could put together a short video for him to display along with his land speed race bike at the 67th Annual O'Reilly Grand National Roadster Show. Over the last few years, I had been documenting Ralph and his crew, Ironwood Racing's Land Speed Racing, in the hope of chronicling their run at the Bonneville record for the fastest internal combustion, "sit-on" motorcycle—263 mph. Conditions at the Bonneville Salt Flats have cancelled the Speed Week event two years in a row, but that hasn't stopped Ralph and his team from prepping his bikes and participating in land speed racing events.

This short video, which was compiled from multiple racing meets, gives a taste of what it's like to prep and race a record-making, land speed motorcycle.

The data graph in the video is from the MoteC telemetry aboard Ralph's highly modified Suzuki GSX-R1000 Turbocharged (Blown) motorcycle. On this run, Ralph set a record for the day on the El Mirage lake bed, with a speed of over 232 mph. At 2:35 into the video, take a look at the light blue line (fourth from the top), which measures lateral G Forces. As Ralph accelerated through 200 mph, he and the bike experienced a high-speed wobble on the unpredictable lake bed surface that lasts for about eight seconds.

For more info about Ralph, you can follow him on Facebook. for updates on all his racing.