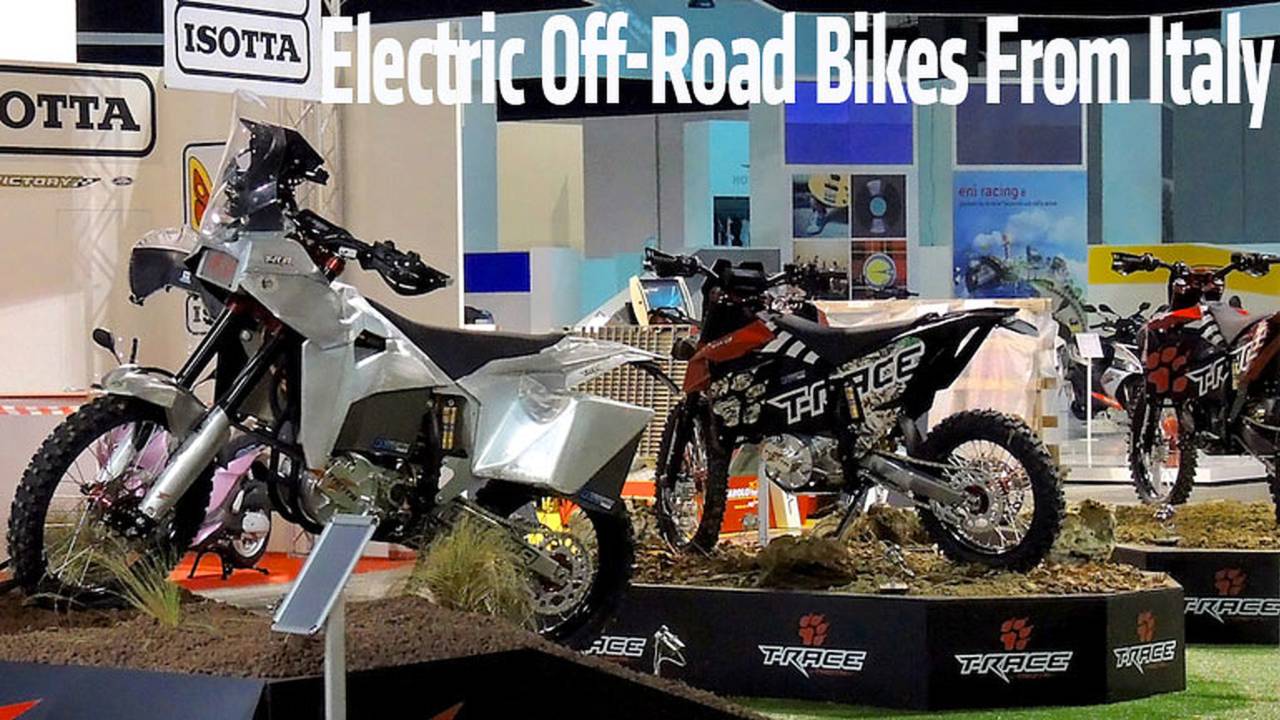 An Italian company called Tacita is launching electric motorcycles in three versions – motocross, enduro and rally – which it says can all be used off-road.

Tacita, based in Turin, Italy has been in operation since 2009, working on developing all-electric motorcycles that would appeal to the enduro and adventure rider and has designed and developed the RC-Cross, the RE-Enduro and the RR Rally.

All three bikes have recently been shown in Italy this past month and the company now has plans to put all three into full production.

Starting at around $10,900 is the RC-Cross that has a three-phase electric engine, producing 44.2 lb.-ft. of torque with an internal rotor cage. Tacita claims it has a very high power output with more than 90% of the motor’s power transferred to the rear wheel.

There are three mapping options for the engine – Sport (full performance), Eco for low speed trail riding and ‘Reserve Power’, which is automatically activated when the engine has less than 20% charge remaining, effectively reducing the bike’s power.

When you’re on the move, additional power is also generated through a regenerative braking system (using 270mm front and 220mm rear discs).

Unlike some other electrically powered motorcycles the Tacita bikes feature a five-speed transmission, which uses a conventional hydraulic clutch.

The RC-Cross has steel single beam frame and has 330mm of ground clearance. Front suspension is via inverted telescopic forks with a fully adjustable Ohlin rear unit.

Essentially the Tacita RC-Cross, RE-Enduro and RR-Rally are the same motorcycle with the major differences being the power of the batteries used and number you carry on the bike. For example a single 10.6 kW battery will give you a range of up to four hours riding time or you can opt for a combination of batteries to travel even further.

The Tacita RR Rally version is essentially the same motorcycle as the RC-Cross and the RR-Rally with the same features and same motor. Where they differentiate is the number and type of batteries you have fitted to your bike. There is a sliding scale of 3.3kw up to 10. 6kw and depending on your combination can cost from the entry-level price of $10,900 for a pair of batteries generating 3.3 kW up to around $22,500 for a four battery pack that generates 10.6 kW.

There are no details yet of sales into the U.S. as the Tacita range has just been launched in Europe. For further information on pricing and specification visit Tacita’s web site at: www.tacita.it

Electric Motorcycles: BRD RedShift MX - All Your Motocross Are Belong To Electric

Electric Motorcycles: BRD RedShift MX - All Your Motocross Are Belong To Electric