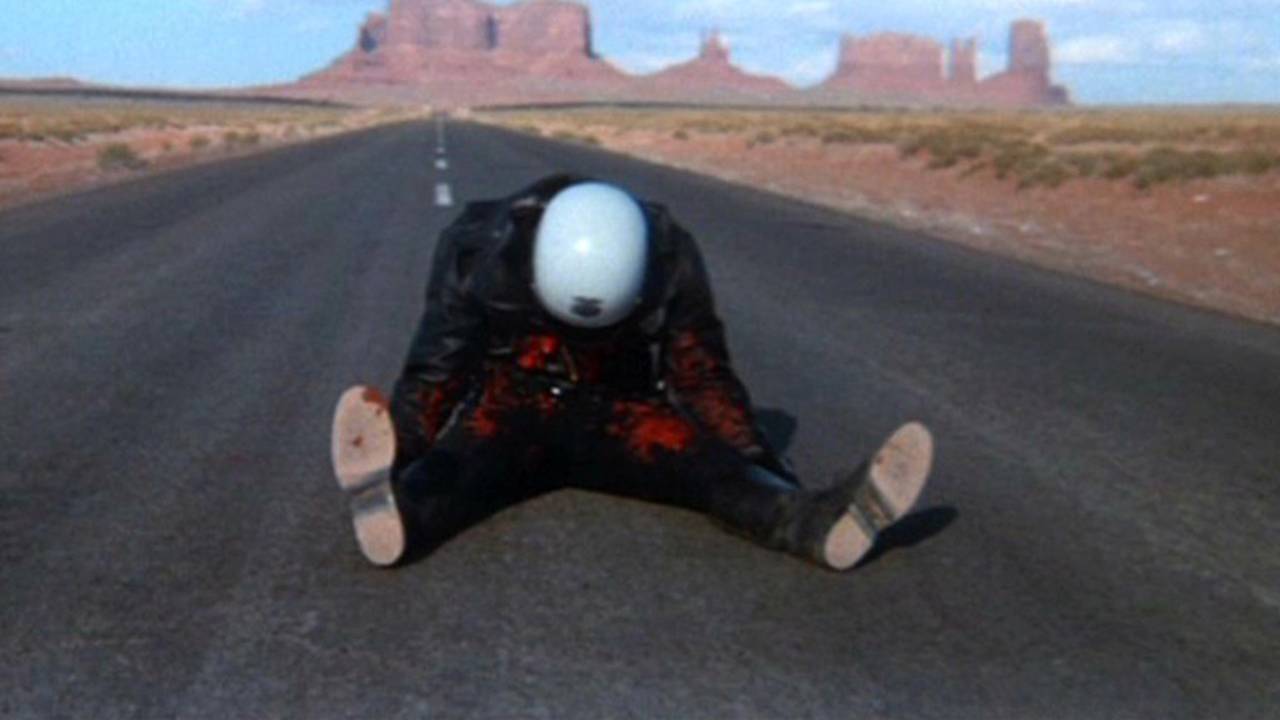 Some hits, some misses, and a whole lot of fun.

So you have been in the saddle all day and have ridden several hundred miles and now just want to kick back, open a beer and watch a film. Here’s RideApart’s arbitrary list of 10 motorcycle films that you may have never seen or even heard of. All of them we think are worth taking a look at.

This is Lazio Benedek’s cult black and white motorcycle club film that shot Marlon Brandon to stardom with his portrayal as moody gang leader Johnny Strabler. The film was based on a magazine story that was published in 1951. The plot is pretty thin. Bike club rides into town led by Strabler during a motorcycle race weekend. The club fall out with the residents and the local police and have to move on to the next town. There’s a standoff with another club, more trouble with the police and someone gets killed when Strabler falls off his motorcycle and it hits an innocent person. It all looks pretty tame when compared to some of today’s films. But nicely shot with some truly iconic images of 1950’s American motorcycle culture that launched a thousand wannabe Johnny Strablers.

Considered to be one of the best ever motorcycle sport documentaries ever made, this 1971 film was nominated for an Academy Award. Director Bruce Brown successfully reflected the lives of various types of motorcycle enthusiasts that were racing in motocross, desert racing and the Grand National in the early 1970’s. From a motorcycle point of view they are all here – BSA, Harley-Davidson, Triumph, Husqvarna, Honda, Suzuki, Yamaha, Hodaka and Bultaco. The film focuses on the people and what makes them want to ride a motorcycle in competition and features Steve McQueen, AMA legend Mert Lawwill and off-road racer Malcolm Smith. A fascinating glimpse of why people race bikes, any bikes, and still a relevant film today.

The open desert roads of Arizona, a pair of Harley-Davidson riding traffic cops called John Wintergreen (Robert Blake) and his partner Zipper (Billy ‘Green’ Bush) are on a mission to prove that a suspected suicide is in fact a murder. Not the best plot line in the world but some great motorcycle footage and worth watching on a lazy Sunday afternoon.

An interesting take on Southern California motorcycle culture and life. This award-winning documentary takes a refreshing look at what it takes to build a custom motorcycle with a group of friends. It’s not your OC Chopper story but an honest look at why Rico Fodfrey and his So Cal Sinners crew build their bikes. How they do it and why they do it. How they search for parts and re-use parts in clever and innovative ways. These are average guys keeping motorcycle culture alive and who are not interested in building bikes for big bucks but creating motorcycles for themselves.

One of Jack Nicholson’s first films which tells the story of a disillusioned gas station attendant who’s attracted to the life with the Hells Angels MC. Lots of late 1960’s bikes and an attempt at portraying what life in an outlaw motorcycle club was really like then. Several fist fights, an occasional stabbing and an interesting film to watch. Ralph ‘Sonny’ Barger, President of the Hells Angels, is credited in the titles as being a consultant to the filmmakers and he plays a non-speaking part early on in the film. So it must be true…

Before he became an international icon for revolution, Che Guevara was just a medical student with a big, old Norton 500 that he called La Poderosa (The Mighty One). One day Che (played by Gael Garcia) and his best friend decide to take the Norton on a trip around South America. Much of what they saw in terms of poverty and the lives of the South American peasants led ultimately to Guevara to deciding the revolutionary life was for him. Great script and beautifully shot and the Norton features a lot.

Don’t let the fact this is classed a low-budget film, it’s actually quite entertaining. Set in Australia it features an undercover cop (Ken Shorter) who joins an outlaw motorcycle club called The Gravediggers to find out why their members are being murdered one by one. There are quite a lot motorcycles involved included a Norton at the outset followed by a Kawasaki Z1 900cc. Not a seat of your pants film but an interesting snap shot of motorcycle culture outside the U.S.

When you’ve finished watching this you will go straight out and buy yourself an off-road motorcycle and head to Baja. This documentary, which was actually filmed in 2003, follows the Baja 1000 race and all of the competitors through 650 miles of the Mexican desert. There was a huge film crew, several helicopters involved in making this film and the result is pretty spectacular. Not only do the competitors have some fearsome terrain and weather conditions to ride through but they also have to watch out for the spectators that take some pleasure in laying traps for them. Despite being eight years old this is still a riveting watch.

2. Closer To The Edge

If you’ve never been to the Isle of Man in May to watch the annual Tourist Trophy, this film is almost the next best thing to being there. Filmed in 2010 you get some truly spectacular footage of the world’s greatest motorcycle race. This 104-minute documentary follows racers Guy Martin and Ian Hutchinson in their bid to claim the title of King of the Hill. You won’t believe how fast or how dangerous the 37.73 course is. There is no other motorcycle race – or for that any motor sport event – like this and we could watch this over and over again. Ultimately the only thing to do is go and see this astonishing race for yourself. You won’t regret it.

There are several other films that could be at the number one slot but The World’s Fastest Indian is just a great film. Based on the true story of a middle-aged but very determined Kiwi Burt Munro, who against the odds brought his modified Indian scout to Bonneville to set land speed records. It may not be historically accurate but there is a fantastic performance by Anthony Hopkins playing Munro and it takes little time before you start to empathize with this character and the huge challenge he has to overcome to achieve his dream. Lots of motorcycle content and one of those films that you will want to watch again and again.

We’re not saying this is the definitive list of all motorcycle films ever made. Just a cross-section of a wide variety of films that have motorcycle content that we think are worth watching. If you’ve got some better suggestions then let us know.