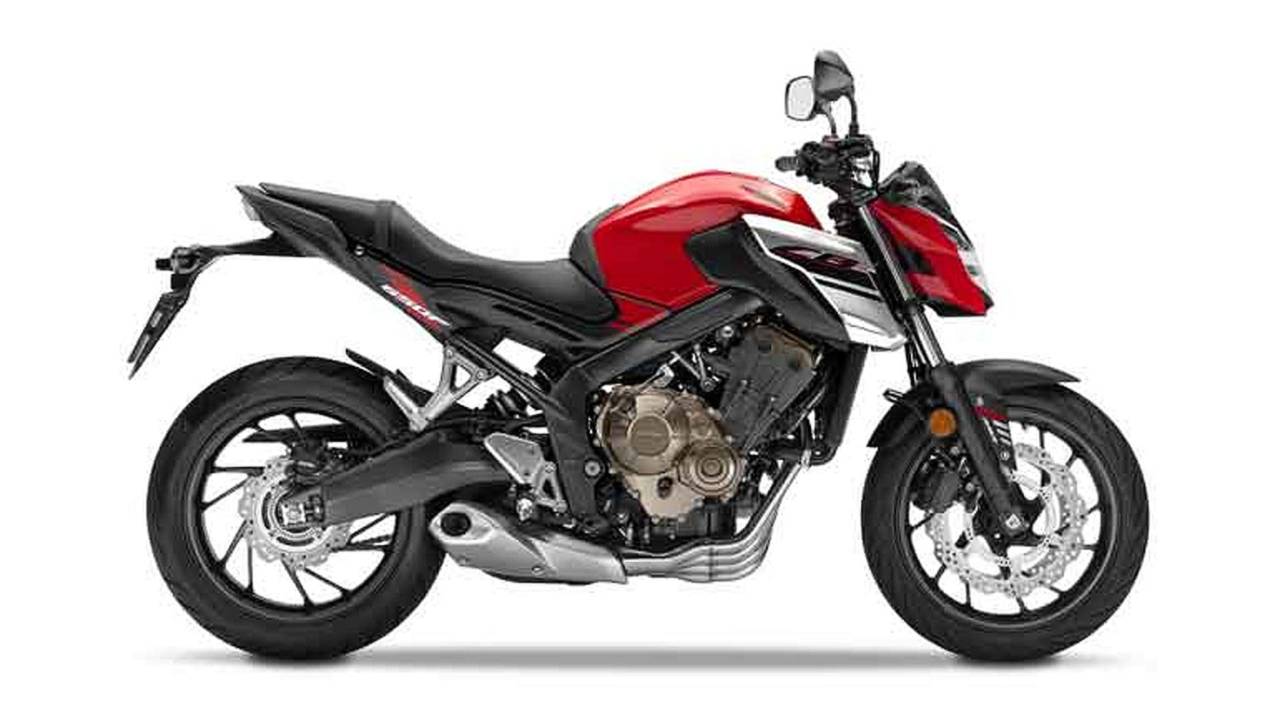 New 2018 Honda models include an electric start CRF450, the CBR650F and the CB650F naked bike that was Euro specific last year.

American Honda has added the CB650F to its U.S. lineup for 2018 model year, and two electric start CRF 450s. The CB650F is the latest in the tradition of middleweight four-cylinder naked bikes dating back to the CB400F of the 1970s, and with a great power-to-weight ratio, pared-back style, and comfortable riding position, it has all the elements of a great-performing midsize street-fighter.

"We're pleased to offer the tough-looking, strong-performing CB650F to American customers for the 2018 model year," said Lee Edmunds, American Honda's Manager of Motorcycle Marketing Communications. "The CBR650F has shown that this four-cylinder power plant is a solid performer, and in this package it adeptly rounds out our comprehensive lineup of naked sport bikes, fitting in perfectly between the CB500F and the CB1000R."

Honda's newest middleweight provides a satisfying rush of power and torque while emitting a throaty growl through beautiful side-swept exhaust headers and a single under-swingarm muffler. With minimal bodywork, the view of the handsome engine and twin-spar frame is unobstructed. Suspension comprises a Showa Dual Bending Valve fork and adjustable shock, and both the headlight and taillight feature LED bulbs.

The fully-faired CBR650F offers a great mix of midrange torque and low reciprocating mass, earning the model praise as a powerful, nimble mid-sized four-cylinder sport bike that's ideal for a broad spectrum of users, from weekend canyon carvers to weekday commuters. The competitively priced CBR650F benefits from a number of revisions for the 2018 model year, including enhanced power via updated intake stacks and muffler changes that also deliver an improved sound. Both models will be available in August.

In the off-road realm, the CRF450R (pictured above) gets the previously optional electric starter as standard. Designed following an "Absolute Holeshot" philosophy that resulted in a downdraft-intake layout achieving optimum power and centralized mass, the revolutionary motocross model is the industry's top-selling 450cc motocrosser. The CRF450RX (pictured below) closed-course off-road bike also gets the light lithium-ion battery, a 2.2-gallon tank, and loses its kickstarter. Both models will be available in July.

Currently being campaigned in the GNCC series by JCR Honda's Trevor Bollinger, the CRF450RX already came with electric starting, but for 2018 the model gets a weight reduction with the removal of the kick-start lever and the switch to a lighter-weight lithium-ion battery.

In addition to the standard version of the CRF150R, Honda offers the CRF150R Expert, which features larger wheels, a taller seat and a longer swingarm.