What If Vespa Built Motorcycles?

Should Vespa expand its product line to include motorcycles, and, if so, what kinds of motorcycles?

While we have seen the evolution of ever larger scooters in recent years, what if a company like Vespa built actual motorcycles? Not just standard machines in the traditional Italian scooter style, but custom bikes to cover all aspects of the motorcycling spectrum.

Jennings Harley-Davidson of England thought it might be interesting to speculate on the possibilities of such an approach, and offers up these varietal designs for consideration. We don’t expect any of the designers at Piaggio will be rushing to their drawing boards, or proposing any actual production versions in the near future, but it’s fun to consider the two-wheeled alternatives available in the realm of imagination.

For more than 50 years, the chopper has been identified primarily with Harley Davidson. The Vespa rendition would naturally require a kicked-out front wheel and ape-hangers. Saddlebags? We’re not so sure.

The designer could be on to something here with the sport-touring configuration. A stylish 1200cc V-twin could be just the thing for both carving the canyons and rolling up to the night club in style. If these designs were up for a vote, this would be our favorite.

What better model for a tourer than the legendary Harley-Davidson Duo-Glide? This beauty would keep rider and passenger rolling down the great American highway in comfort for hours on end. How about it Milwaukee? Isn’t it about time to restore that Italian connection? 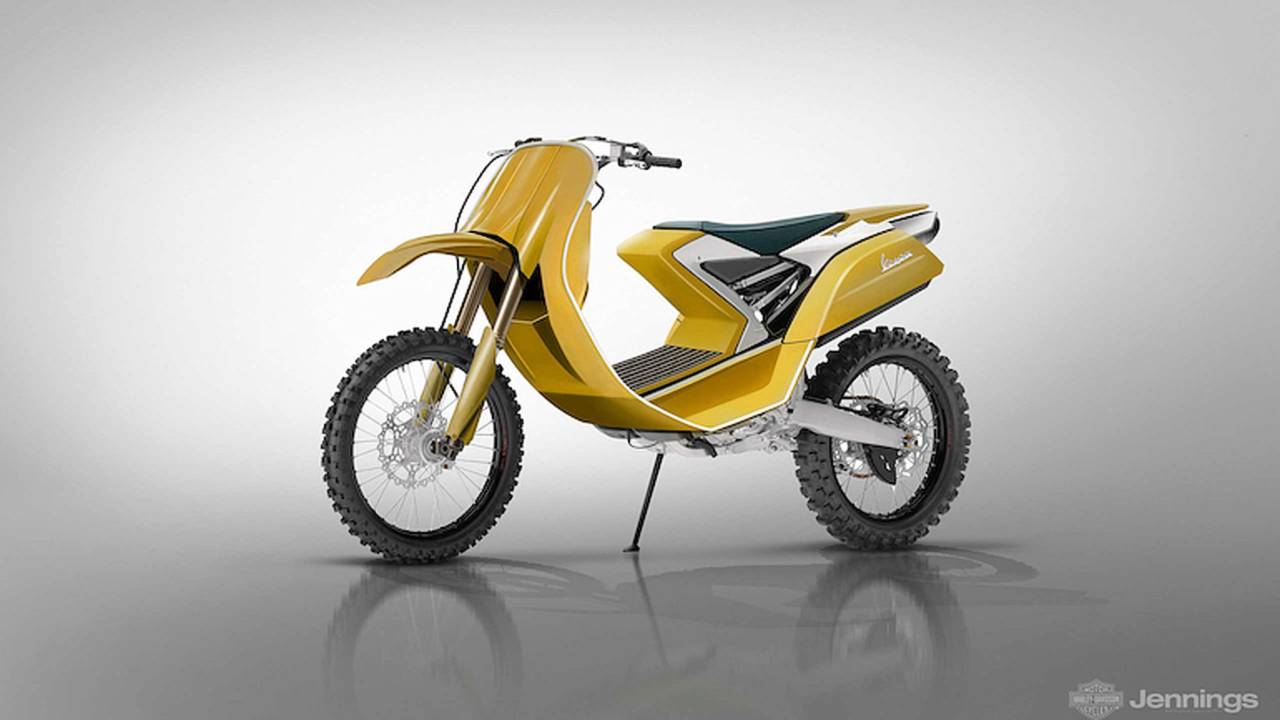 Long-travel suspension and floorboards? Why not? We can imagine a 450cc four-stroke single, six-speed transmission, maybe a street-legal kit and/or enduro version. Bring that puppy in at around 300 pounds and you would be railing the berms in style. 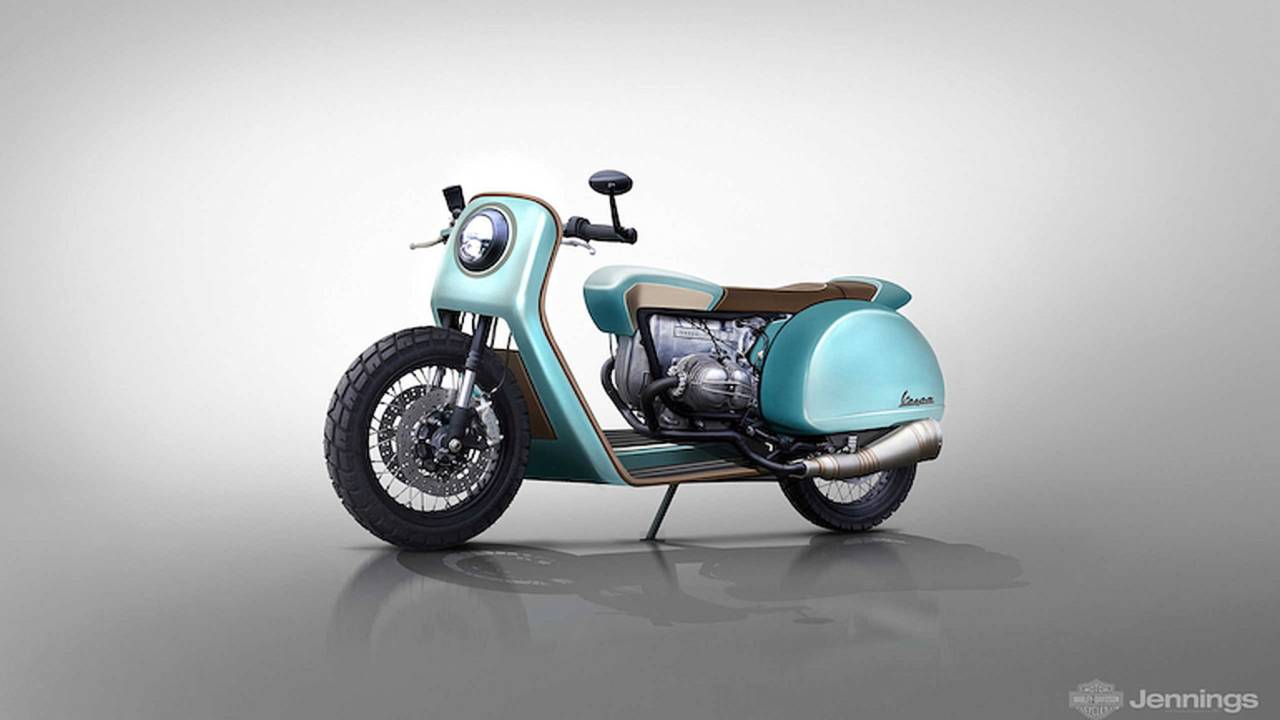 A boxer/café/bagger? The clubman bars make it a bit more practical than clip-ons, and the rider could get into a serious tuck on that long seat. The tiny fuel tank would certainly limit the range, but those bags could do double duty as auxiliary tanks. Endurance racing? 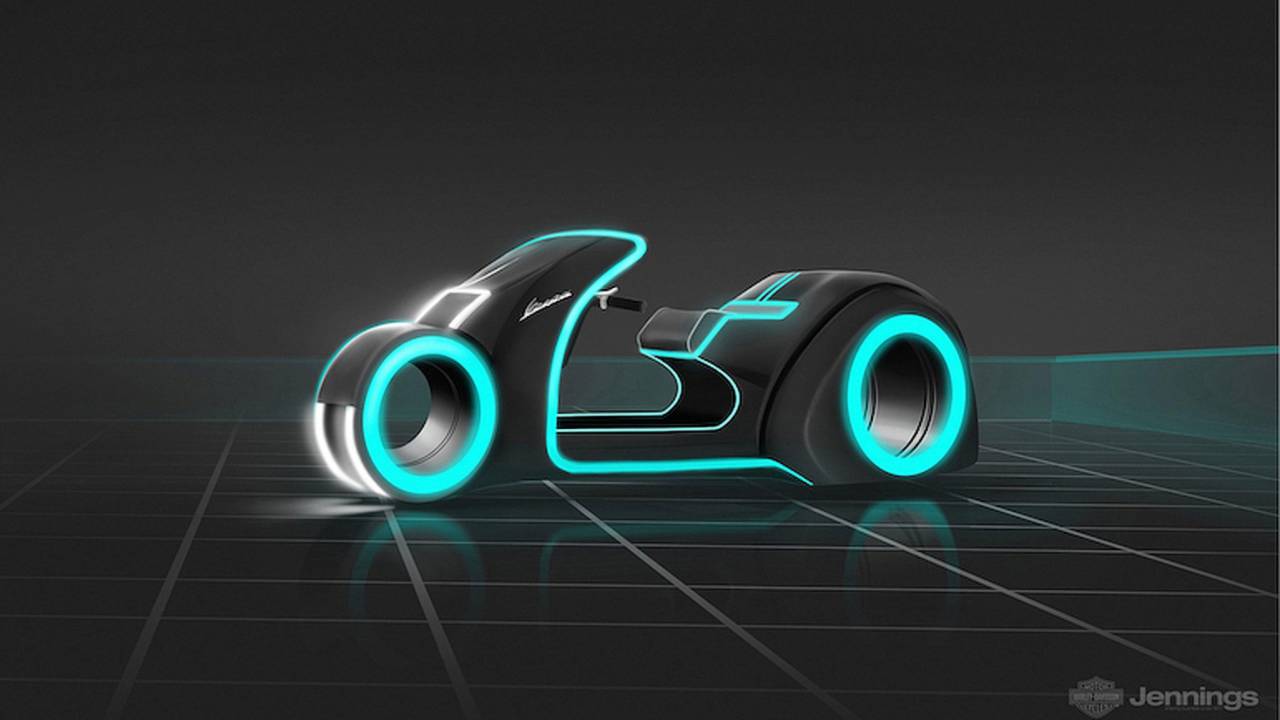 But so much for traditional forms. How about a futuristic racer powered by pure liquid energy? Just push the front and rear ends apart to go faster. With tilting chassis/bodywork and planted wheels, this hyper-cafe is set up for racing when virtual reality becomes real.