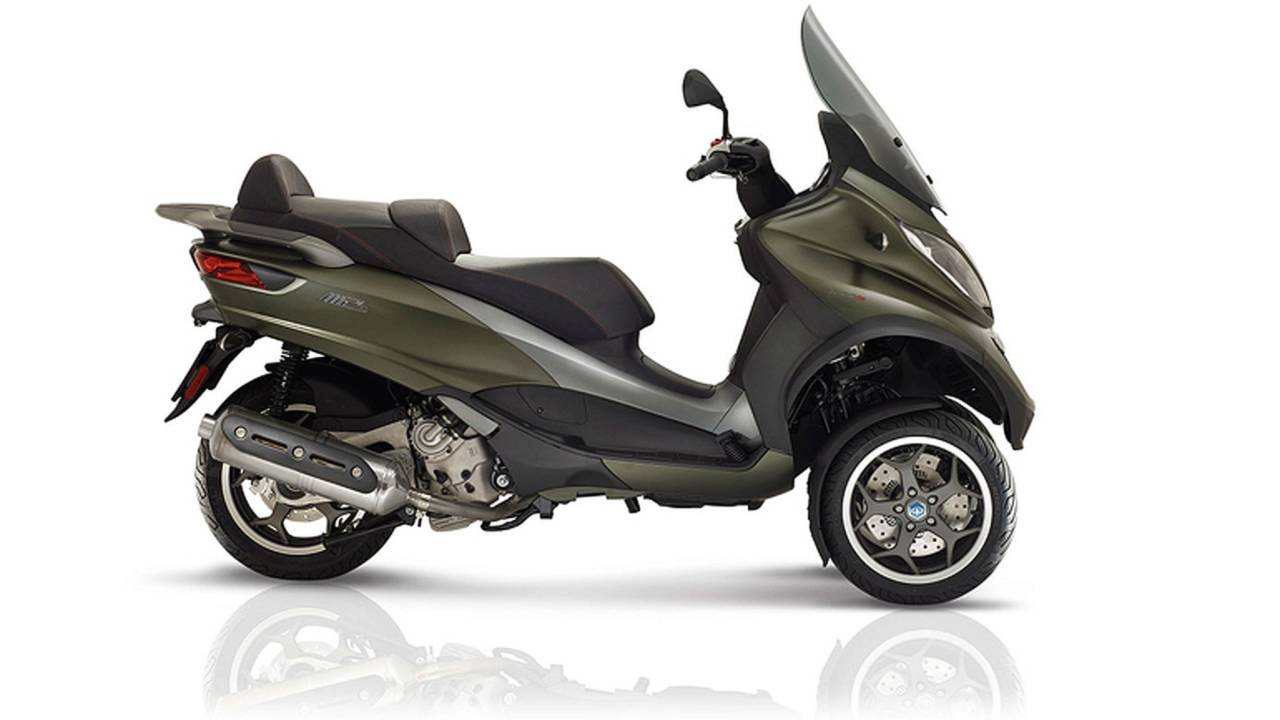 Piaggio's stable of three-wheeled MP3 trikes is getting an infusion of fresh blood with the introduction of some new entry-level models.

Piaggio announced an expansion of its popular MP3 roster with the introduction of the new Sport LT 300 and Sport LT 500. Both are considered entry level models with fewer features than the current Business LT (Large Tread) range. The Sport versions also incorporate ABS and the new ASR (Anti Slip Regulation) traction control system.

The differences between the Sport and and Business models are largely cosmetic, consisting mostly of optional color combinations and graphics. Launched in 2006 as a 250cc trike, followed by 400 and 500cc models, the MP3 has achieved considerable success worldwide. Except in the U.S., where the leaning front wheels have been met with measured uncertainty among the scooteristi (This is a fantastic neologism -Ed.). Nonetheless, riders who have overcome the initial weirdness factor have shown plenty of enthusiasm for the Italian trikes, with reports of confident handling and good performance.

While the original 500 was considerably heavier than the 250 – by about 75 pounds in fact – it also made almost twice the power and could easily carry two people and some gear on the open road. The current 300 is rated at 21 horsepower and wet weight is 550 pounds It's big brother the 500 makes 39 horsepower, and weighs about 600 pounds wet.

In most countries, and most states in the U.S., the MP3 does not require a motorcycle license. And by virtue of its Roll Lock System, the rider needn’t put his or her feet down at stoplights. With a 14-inch rear wheel, the twin 13-inch fronts, and an ABS system developed in partnership with Continental, the MP3 is inherently stable. That stability is further enhanced by the ASR system, which the company says keeps the back wheel from sliding, even on slippery surfaces. The little trikes also feature the PMP system, which connects via Bluetooth to a smartphone and includes a grip-warning function if traction conditions do get dodgy.

The new MP3s feature restyled bodywork, seats, and windscreens, along with seven LED daytime running lights at the front. The seats now offer more room for both rider and passenger, who gets a built-in backrest and pull-out footpegs.