Wheelrider: A Solar Top Box That Transforms Into Wheeled Suitcase 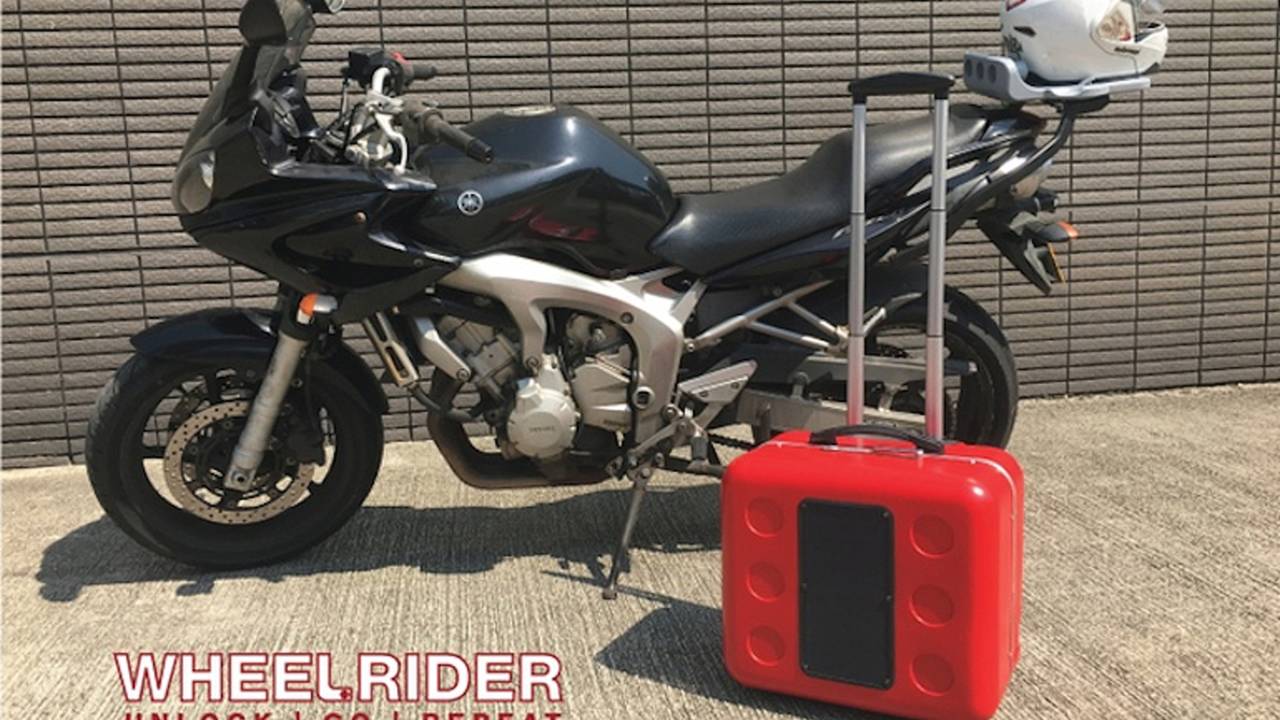 Wheelrider has created the ultimate "why didn't I think of that" motorcycle accessory: a top box that transforms into a wheeled suitcase.

A group of motorcyclists has created the ultimate "why didn't I think of that" motorcycle accessory: A top box that transforms into a wheeled suitcase.

READ MORE: The 5 Best Ways To Add Storage To A Sportbike | RideApart

A Use for Everyone

The creators at Restless Travellers refer to the Wheelrider case as the "first travel carry-on motorcycle top case," but I personally think that undersells its usefulness. Because, unless you're desperate to make an insurance claim, you're unlikely to leave a motorcycle in airport parking whilst you jet off to visit your Aunt Louise in Toledo.

But I can picture any number of other scenarios where it makes sense. Presumably it makes commuting easier, allowing you to use the Wheelrider as a large briefcase (the case comes in two sizes, the largest of which, says its makers, will house a full-face helmet). Overnight stops when riding cross-country are also bettered thanks to the ability to pack your top box in the comfort of your hotel room –– something I would have loved to have last winter when I found myself packing my bike in a Holiday Inn parking lot while a hell-cold rain soaked me to the skin.

If you're reading this in the United States, you probably don't travel often by boat, but I'll let you know that one of my greatest complaints when crossing from the United Kingdom to continental Europe is having to lug my stuff around on the ferry's upper decks (you're not allowed access to your vehicle during crossing.)

Wheelrider co-creator Stefano Mangini says the idea for the case started to form a few years ago during a ride across the United States.

"After years of traveling on my motorcycle and dealing with suitcase trolley problems on road trips, we set out to create something that every rider can use while they are on tour," he said.

Mangini and his partner are currently seeking funding/pre-orders for the case on Kickstarter. If you are cynical person like me, just the word Kickstarter is the kiss of death when it comes to getting me to reach for my wallet. But I have to admit, I'm really intrigued by this one.

The top box, like all top boxes, secures via a base, which as seen in the promotional materials, seems to fit to a few OEM racks and the standard Givi-style rack. Restless Traveller are asking $190 for your choice of a medium or large Wheelrider and appear to be including the base in that price. As top boxes go, that's surprisingly affordable.

In addition, the Wheelrider's base is available with an accessory helmet lock and rainproof covers that slide from the base to cover, said helmet, and your motorcycle's seat. It really does seem like the sort of thing that someone who rides a lot would create. And, as I say, I'm upset that I didn't think of it first.

Pick Up Your Own

You can learn more about Wheelrider by visiting its Kickstarter page.