Talan Piggins is paralyzed but still racing. He lost his function below the chest after a motorcycle accident, but the "little person inside," told him to keep going.

"I haven't done anything special. I don't have any magical ingredients that other people don't have."

He may not have any magical ingredients, but what Talan Skeels Piggins has done is certainly something special. After being sideswiped by one car and run over by another, he found himself laying in a hospital bed, paralyzed from the chest down. Initially, he thought his life was over, but a conversation with someone else who had a similar injury sparked the fight in him, and he decided to fight.

Piggins soon found himself in a motorcycle showroom, eyeing the baddest bike they had: a Suzuki GSX-R1000. After some custom modifications, he took to the track, and now races a club circuit in the U.K. 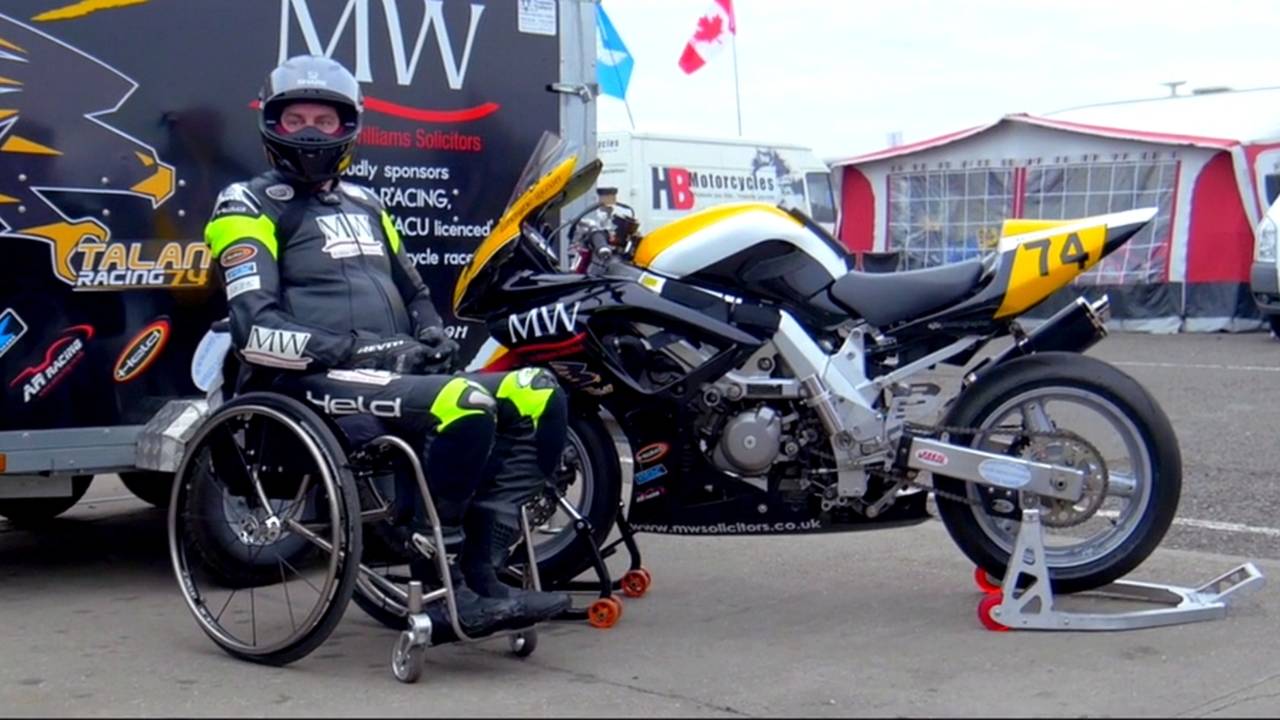 "Whilst I was in hospital," Talan says, "I had the opportunity to have a very honest conversation with the little person that lives inside me. And I feel that person inside everybody has the power to achieve any goal that you set yourself. You can be your greatest source of inspiration; you don't need to look to anybody else. You just need to look to the person that's inside you, because they will help you achieve absolutely anything."

By: Pete Hitzeman
++
++
Got a tip for us? Email: tips@rideapart.com