Give us a break… We saw this video a couple days ago, but were hesitant to show it as it may promote the already self-indulgent, satisfied-with-themselves stunters who believed they "told off" a California Highway Patrolman who gave up on pulling over their group.

Honda introduced an ad campaign in the late-60s, "You Meet the Nicest People on a Honda." It's one of my favorite as it represents a moment in our culture, when the general public saw all bikers as one percenter outlaws. Honda was saying what we know to be true: nice people ride our bikes, not like those mean people you read about in the papers.

Today, there should be an ad campaign, "You Meet The Smartest People on a ." Maybe Zero Motorcycles? (Hey, I want commission if you use it!). Not because we're all the smartest, but because there still are plenty of us who aren't the dumbest…unlike the stunters in this video below. 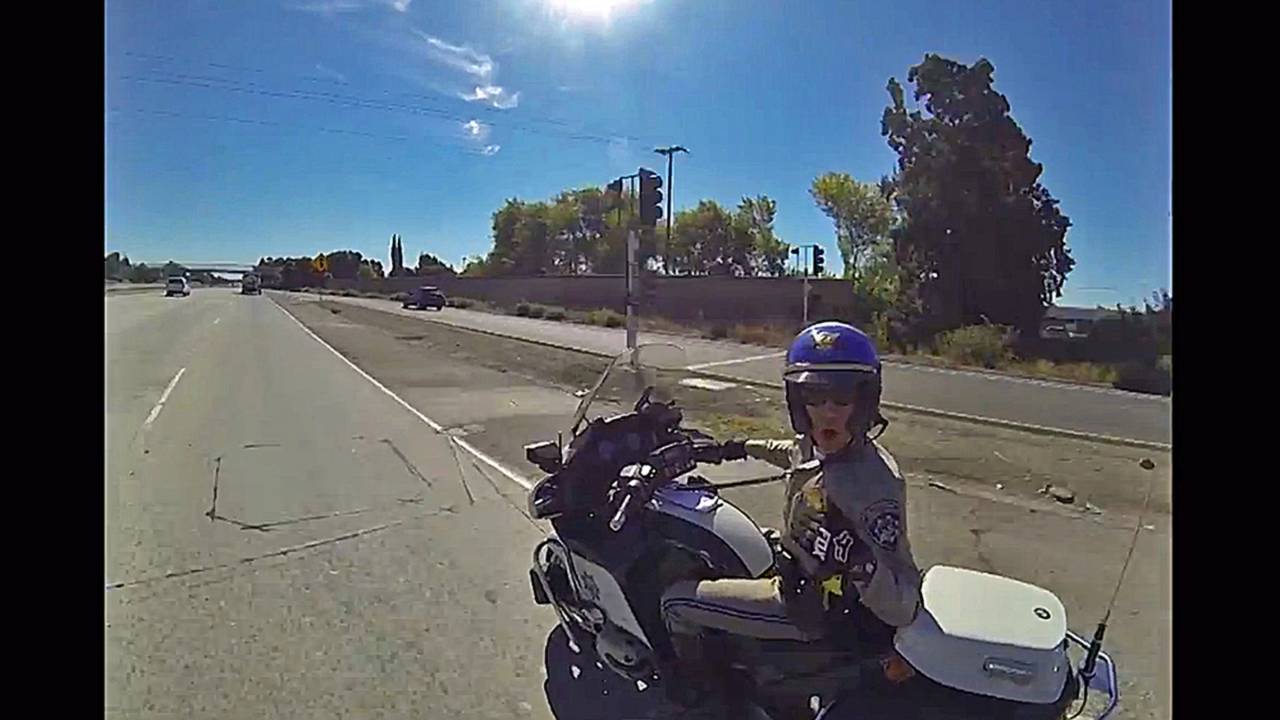 Another large group of primarily sportbike riders who tear up the highways, riding long wheelies and trying their damnest to start a police chase. Watch as these guys wheelie past a CHP motorcycle officer after he attempts to pull one of the riders over.

READ MORE: The On Any Sunday KTM Build

Another rider pulls along side and says repeatedly, "It's not worth it," and gestures his hand to tell the officer to just keep riding. The cop tells them to cool it down and then rides on. It's unclear the officer's original intention, if it were just to tell them to calm down or actually pull them over. As he sped away fast, he was probably (although not confirmed) heading to a more important call. The riders then became very happy with themselves.

This post is a little more ranty than most of our video posts. I'm a firm believer that it doesn't matter what you ride and that there's no point in mocking any style… except this one. It's dangerous and more importantly gives us sane riders a bad name. If you convince one cager that riding a motorcycle is about being reckless and stupid, then you've hurt us all as a group, but that's just my opinion.

But what do you think? Did the stunters really "tell off" the cop? Comment below.