Mercedes-Benz CLA 45 - ReviewIt’s often said that it’s the small things that make the biggest impression. Imagine, if you will, having the entire...

It’s often said that it’s the small things that make the biggest impression. Imagine, if you will, having the entire 2014 collection of Playboy centerfolds helping you put on a pair of finely crafted silken boxers. Their hands delicate, smooth and perfectly manicured, and all moving in sync with a ballerina’s grace and an Olympian’s determination. And once those hands perfectly set those underpants upon your body, imagine that someone forgot to remove the sewing needle, which is now violently jabbing your gentlemen’s area.

That sort of describes my very first drive in the Mercedes-Benz CLA 45.

The “pin,” in this case, is the navigation system, or rather its need to give five-minute dissertations on the state of traffic, and then once done, immediately follow it up with a new traffic update, which at approximately four minutes thirty seconds, is the system’s version of a “brief” overview. 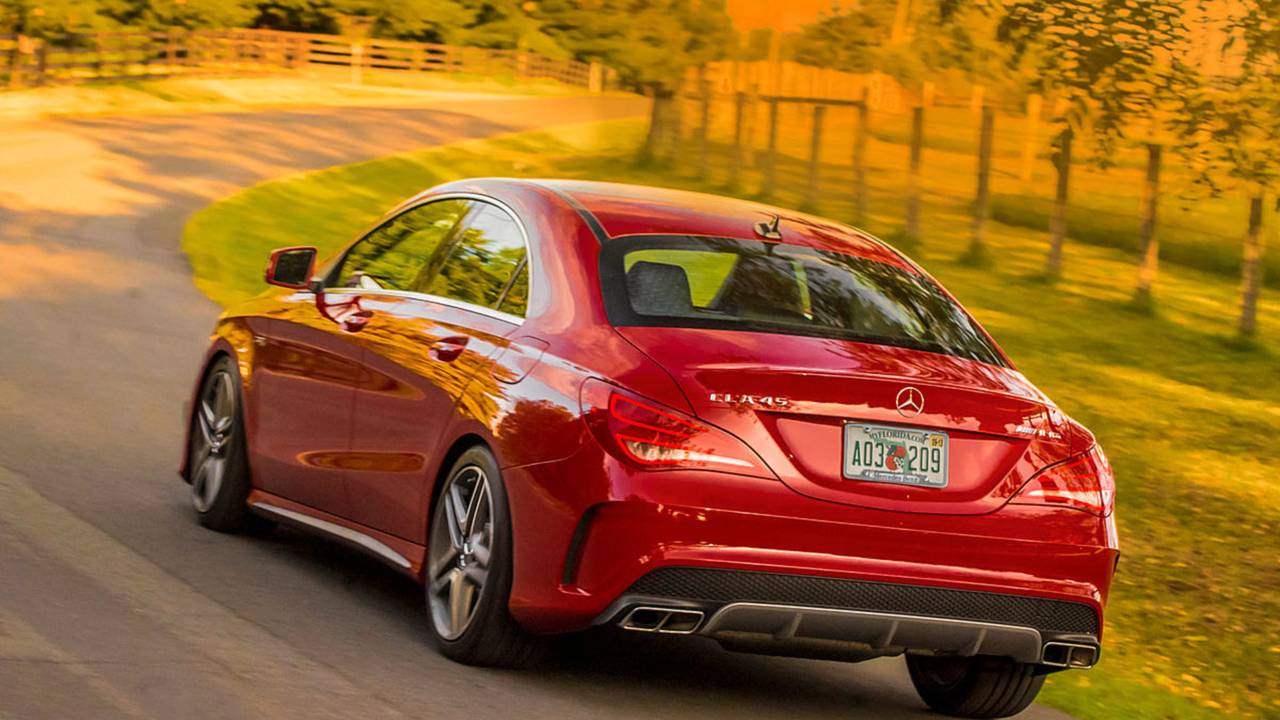 What’s unfortunate is that, if you want to use the car’s route guidance feature, there’s no immediately obvious way to turn these traffic updates off. You can turn down the voice down a bit using the master volume control, or you can hit the “mute” button to shut things up completely, but only briefly. In LA rush hour traffic, hitting mute provides – and I’m not exaggerating one bit here – about a half second of quiet before the system determines that yet another five-minute update on traffic is needed. And then once done, it all repeats again. Over and over. For my entire 90-minute commute.

Thankfully, driving without the navigation’s active guidance is the equivalent to pulling the pin (not that pin) out of those soft and fancy pants. 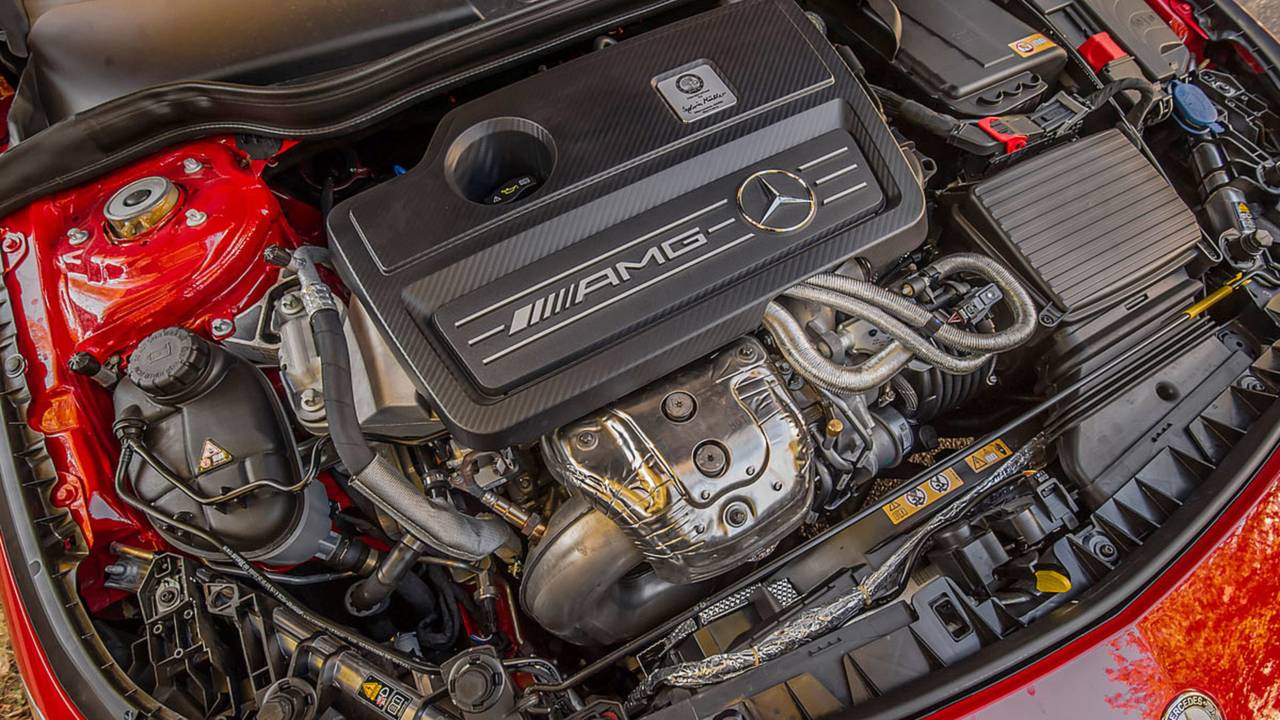 There’s a lot to like about the CLA 45. In typical AMG fashion, it features an incredibly powerful engine, this one a 2.0-liter unit that Mercedes-Benz claims is the most powerful turbocharged four-cylinder in production. It’s rated at 335 horsepower and 332 lb.-ft. of torque, and in the case of my specific test unit, hand-built by a man named Heilio Barthel.

An AMG-tuned SPEEDSHIFT DCT 7-speed automatic transmission helps get this power to the ground via a torque-vectoring 4MATIC all-wheel drive system, further helping the CLA 45 rocket from 0-60 in just 4.5 seconds. Top speed is artificially limited to 155 mph, but as the voice coming from the nav is keen to remind me, it’s not like I’ll ever have an opportunity to top this ride out.

But when the road opens up, this thing is fast. With all four wheels providing forward thrust, it’s a little too easy to catch up to those taillights in front of you. Not that you mind - you just look for another hole in traffic to open up and punch the throttle. With that intoxicating braaap coming from the exhaust on overrun, you start looking for any excuse to push this thing as hard as you can.

And the CLA 45 is an easy car to drive fast, which is both a good and bad thing. Unlike some smaller sports cars, the CLA 45 isn’t designed to provide miles of smiles at lower speeds – you really have to push this thing, and push it hard, to start to get a sense of what it can do, and even then it’s a fairly disconnected experience. It’s like, yeah this Benz is magically breaking the laws of physics, but it’s the car’s advanced drive systems executing these feats – not driver skill. You don’t really drive this car; you’re really just along for the ride. 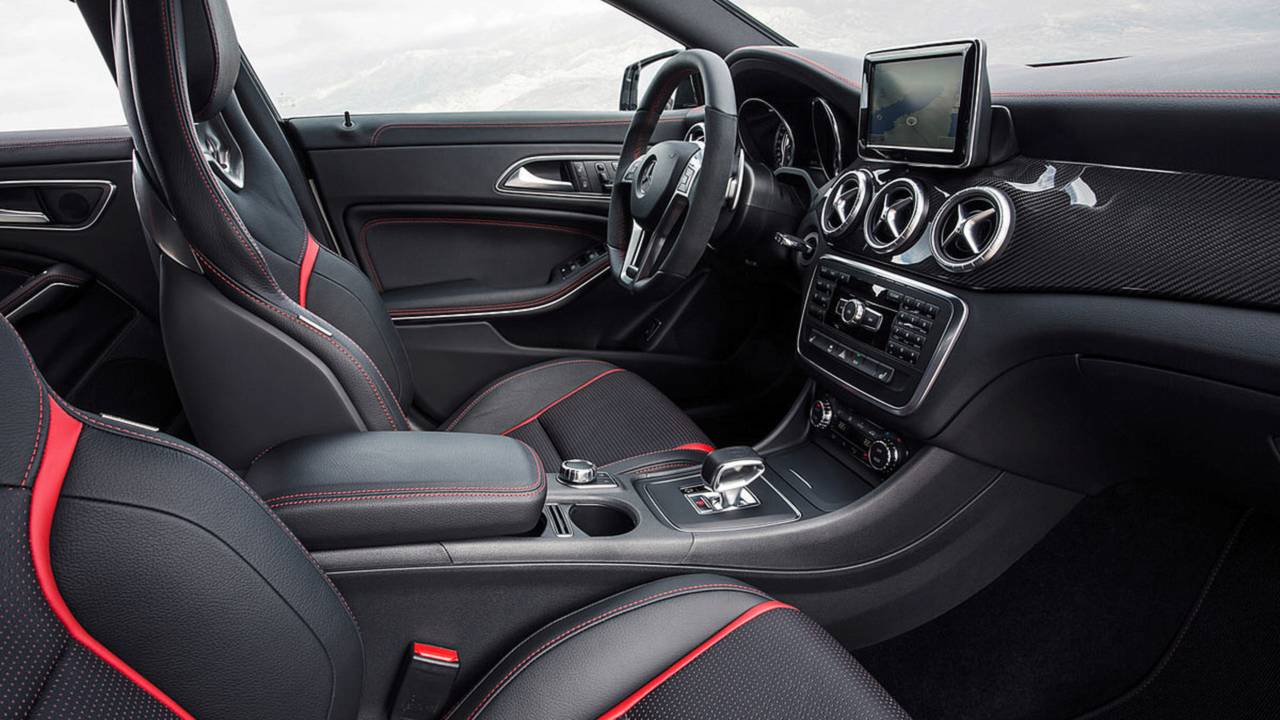 But it’s this sense of separation that helps the CLA 45 excel at being a Benz. At normal speeds, it’s simply a comfortable sedan, and one that’s easy to live with daily. It has a default “ECO” mode with a gentle throttle map and automatic start/stop. That 7-speed auto box shifts early and often to help you maximize your mileage. And the suspension, while stiff, is still yielding enough to let you keep your fillings.

Best of all, as it is a Benz with the full AMG treatment, the cost-controlled surfaces found in the standard CLA have been lovingly replaced with premium materials. The high-back racing seats are built by Recaro and are wrapped in MB-Tex synthetic leather and DINAMICA microfiber. Spring for the optional AMG Performance wheel for a control surface wrapped in Alcantara. And it’s always nice to know that, if something looks like carbon fiber or aluminum inside the car, you know for sure that it’s the real deal. 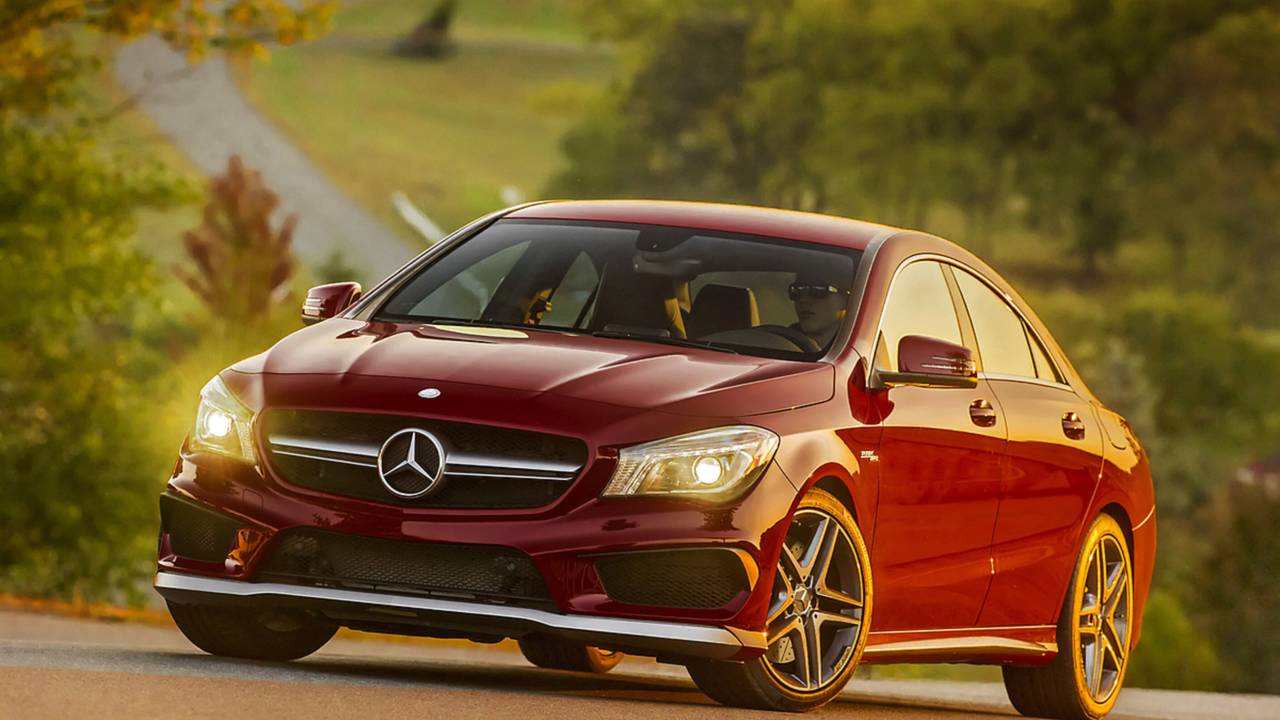 Still, when all is said and done, driving the CLA 45 isn’t quite as exciting as having a bunch of nude models help you into your underthings – that territory is still reserved for the SLS AMG Black Series. But when looked at on its own, the CLA 45 still offers the elegance of a dancer and the strength of an athlete, but in a package that’s more Under Armor than silk. And if you don’t want to deal with that proverbial pin, just play it smart and get driving directions from your phone.
By: Justin Kaehler
++
++
Got a tip for us? Email: tips@rideapart.com