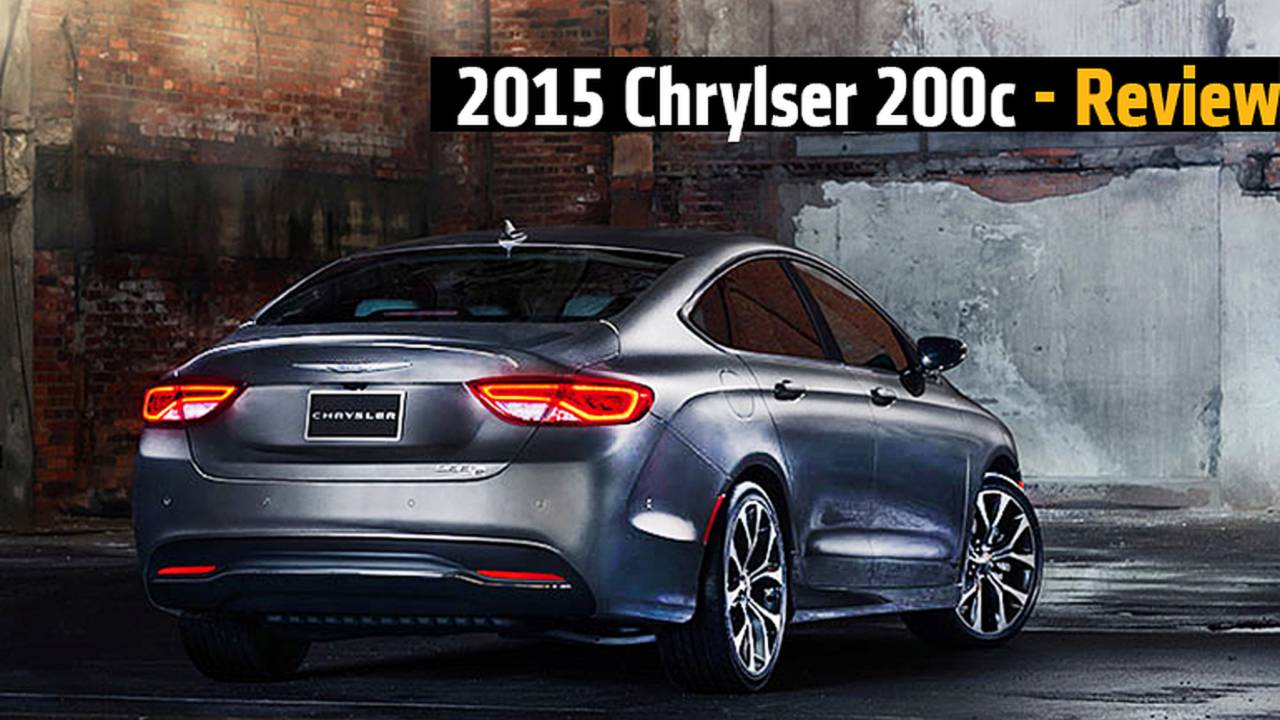 One of my most recent text conversations went something like this:

“What car you got this week?”

Yes, due to my working in digital media, the people I associate with have found a way to vocalize text-speak. And while I miss the admiration thrown my way when driving something like, say, a Bentley, I totally understand where these people are coming from.

In my 10 or so years writing about cars, there have been very few I outright hated. The Chrysler Sebring – the predecessor to the 200 – was one of them. It was a 2005-ish model, and a convertible, and best described as two tons of disappointment. Its styling was bland, its interior plastics horrid, and the seats were finished in some of the worst upholstery imaginable. It’s a car that delivered only sadness each time I sat inside it, and it made me long for the excitement and style of my parents’ old 1992 Plymouth Voyager.

The Sebring’s follow-up, also called a Sebring before being rechristened the 200, was better, but still fell considerably short in many ways. I recall having a black “S” edition, but the car itself was so uninspiring, I can’t recall another thing about it.

But when the 2015 Chrysler 200c appeared on my doorstep, I found myself saying aloud: “Wow. That actually looks pretty good.”

I almost missed the car completely, to be honest, thinking it was an Audi to be used as the delivery guy’s ride home. In profile, it’s a very sleek design, almost like a modern reinterpretation of Chrysler’s groundbreaking cab-forward designs of the ‘90s (which were based on a Lamborghini concept car). The chunkiness that characterized Chrysler’s recent design language has been tossed in favor of something more fluid, yet still aggressive. I particularly like the front end, which looks like a mix of TRON and the redesigned Stormtrooper helmets from Star Wars Ep. 7.

Chrysler also really upped the quality of the 200c’s interior. I still recall driving old Dodge product, wishing its plastic touch points had the yielding comfort of, say, asphalt. But now, anything I touch is either wrapped in leather or constructed from soft-touch plastics. I’m not yet sure I’d say fit-and-finish is on par with the likes of Mercedes-Benz or Audi, but they easily equal or better the interiors seen in your higher-end Ford or Nissan.

Gauges are clear and easy to read, and the buttons feel appropriately solid. I know these seem like uninspiring things to say – especially within the context of a car review – but given just how bad things used to be, the fact that things are genuinely good in the 200c just blows my mind. A variety of automotive product specialists I hang out with – all of whom work for other manufacturers – pretty much echoed this sentiment and walked away impressed with the Chrysler.

In terms of the tangible things people care about, the 200c’s UConnect infotainment system remains one of the best on the market – it’s easy to use, easy to navigate and easy to read. Luxuries like dual-zone climate control, heated and ventilated seats and a heated steering wheel also add to the list of comforts.

Kind of gimmicky, but also kind of cool, is the rotary-dial gear select. I know old American luxo-barges featured all sorts of quirky methods of gear selection, but as manufacturers have pretty much stuck with stick-type, floor-mounted console shifters, this dial does feel new and fresh. And if you want to row through the auto transmission’s nine(!) speeds yourself, the 200c also offers steering wheel-mounted paddle shifters.

While these hint at performance, it’s here where the Chrysler 200c goes back to average. My specific tester came equipped with the 3.6-liter Pentastar V6, and honestly, up until the minute I started writing this review, I thought my tester had the 2.4-liter four-banger. It’s not a weak motor by any means – it’s rated at 295 horsepower – and with its optional torque-biasing AWD system, it’s a rather decent drive. It’s just not fast.

READ MORE: Top Five Small and Inexpensive Cars that Can Tow and Haul

But with over 3,500 lbs to haul around, and with that 9-speed being optimized for fuel economy numbers, it’s not surprising that this car feels a bit slow. Switching to sport mode seems to add only engine noise and not speed, and the paddle shifters donn’t seem to do much. This is a car best left in “D” so that it can cruise in comfort.

So the Chrysler 200c may not yet be a driver’s car, but for the average driver who just wants quality, comfort and style, it’s a solid ride. I also think that it helps really signal the arrival of the truly “new” Chrysler, and that if all future product is as solid as the 200c, its comeback story could be greater than that of Ford. Now if we could just get the Hellcat team involved, we might finally have a solid US counterpunch to Audi.