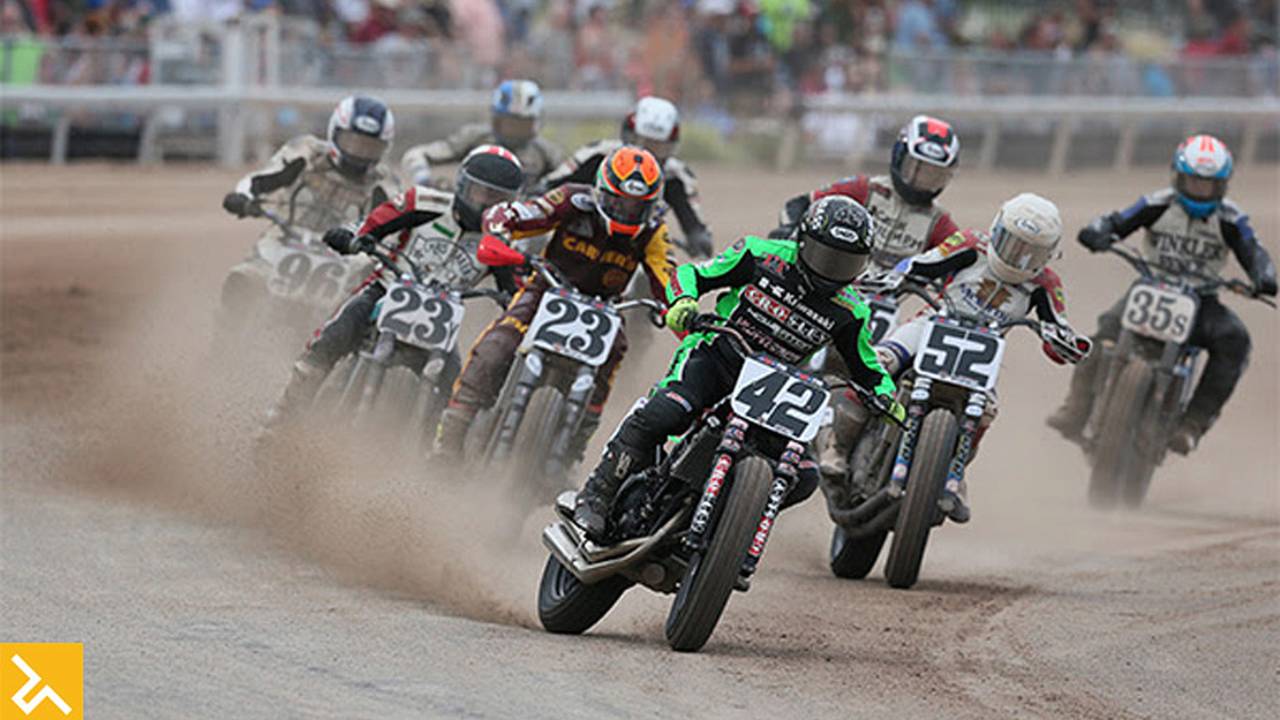 The 2017 American Flat Track Schedule was just released and to no ones surprise it features 18 races across the good old USA,

The new and improved American Flat Track series just released its 2017 schedule and there are 18-races across the United States. If you recall in our interview with Flat Track CEO Michael Lock, the series is heading to new venues and will see the championship simplified into two classes: AFT Singles and AFT Twins.

AFT Singles will feature young, up-and-coming racers competing aboard motocross-based machines powered by a Single cylinder four-stroke 450c engine. This is the class where the grass roots heritage of Flat Track will continue to allow a less expensive and more competitive way to keep new racers coming into the sport.

AFT Twins will be the professional racing class within the series. This is where the 650cc-999cc Big Twins will compete for premier class championsip and bragging rights against the other OEMs. Over the past few decades, Harley-Davidson has been the most consistent bike manufacturer on the grid, the podium and in the paddock. H-D has carried the championship for years but now, it will face full factory challenges from Indian Motorcycle, Kawasaki and other OEMs along the way.

** AFT Singles will race a Short Track on Sept. 2