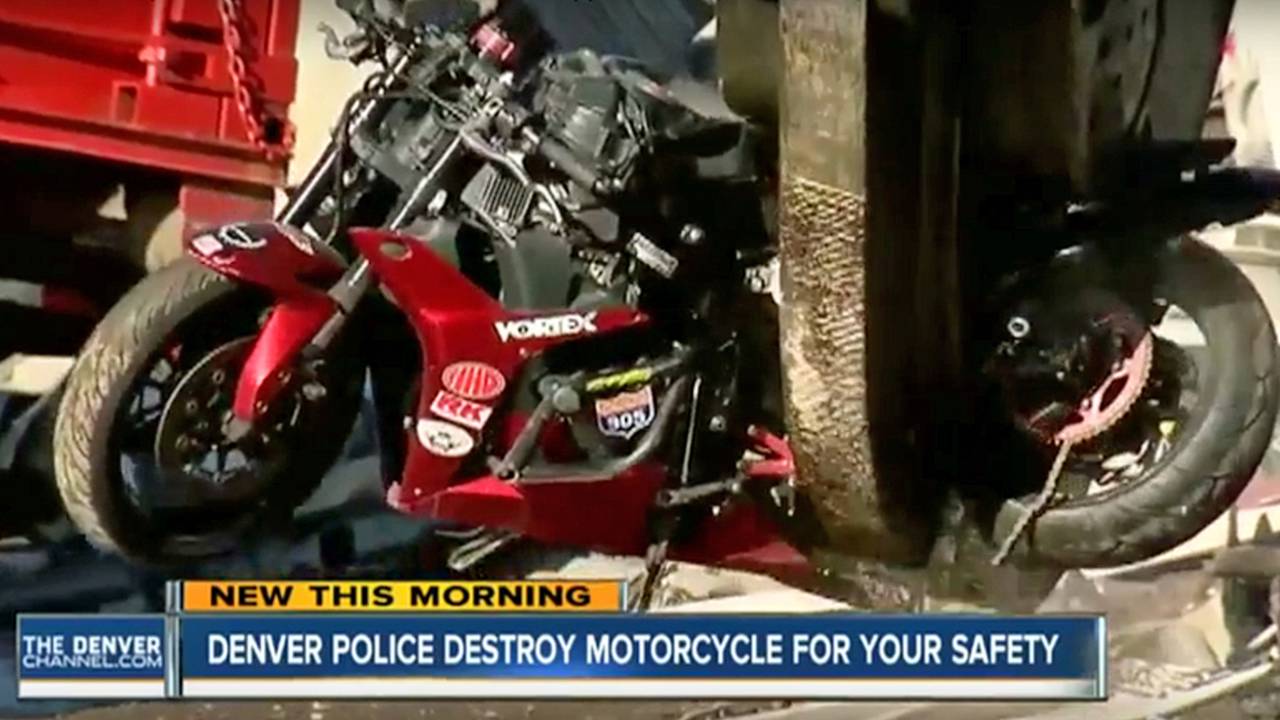 Denver Police Crush Seized Motorcycle that was seized from its owner after they were caught participating in the Kill Da Streetz group ride in the summer.

According to a report in the Denver Post, a 2007 Honda CBR seized by police through the civil public nuisance abatement process was destroyed today. On July 24, the rider had participated in a rally on Interstate 25, in which hundreds of motorcyclists “created a serious safety hazard by completely blocking the flow of traffic,” according to a news release from the police.

The rider, who was not identified, “faces charges of speed exhibition and reckless driving, police said. He is awaiting a jury trial.” Police said motorcyclists had performed reckless and unsafe riding actions on the highway and on other roads throughout metropolitan Denver that day. The Honda owner was identified through photo and video evidence.

“The primary goal in destroying this motorcycle is ensuring it cannot be used again to threaten public safety,” Police Chief Robert C. White said. “We also want to send a clear message that dangerous behaviors, such as street racing and exhibitions of speed on our roads and highways, will not be tolerated.”