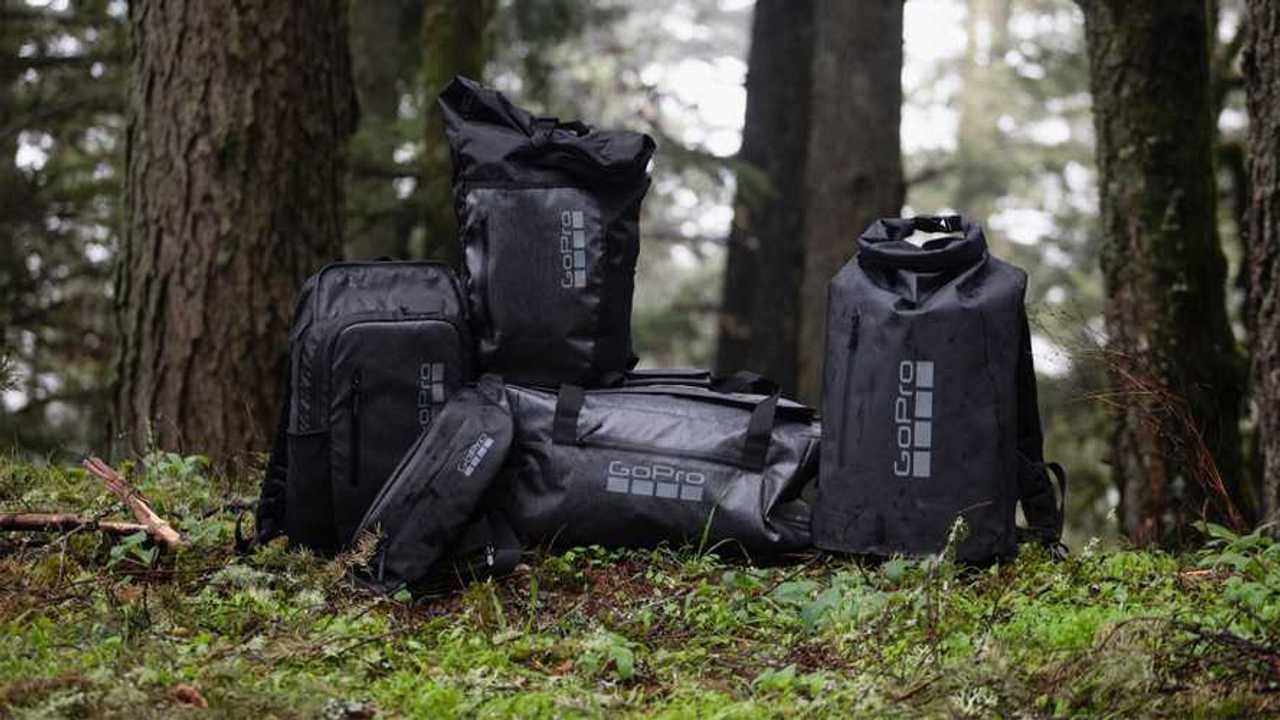 GoPro Plus subscribers get a big discount.

When you think of GoPro, you typically think of action cameras. The company wants to change that, though. GoPro is moving beyond its iconic video equipment, and releasing a line of lifestyle gear that includes bags, backpacks, apparel, and accessories, aimed at an active lifestyle.

Obviously, given the wide range of GoPro’s brand appeal, not all this stuff will appeal to riders—motorcycles and free diving are worlds apart, after all. Our first look at the upcoming gear line is promising, though, with some useful features built into GoPro’s new bags.

For instance, the 15-liter Daytripper and 29-liter Stash backpacks come with a built-in shoulder GoPro camera mount, as well as sporty design and a housing for a hydration bladder. They’re weather-resistant, not waterproof, but the 35-liter Storm DRY backpack should hold up to any downpour (and it has a shoulder camera mount, too).

If you need more storage space, GoPro also has the new 50-liter Mission duffel, which can transform into a backpack if needed. However, GoPro doesn’t make any claims about weatherproofing with this bag. There’s also the new Sling crossbody bag, and Casey and Casey Lite camera cases. The entire lifestyle gear line is listed here. It seems from GoPro’s press release there’s more coming, including “clothing starting at $24.99 and other goods, like floating sunglasses and water bottles, starting at $29.99.”

That’s not likely to hold much interest for motorcyclists, but it’s probably worth keeping an eye on the GoPro lifestyle line in case something useful pops up. It’s also worth noting that this stuff isn’t exactly cheap, and you can buy highly functional gear aimed at motorcyclists for the same money, or not much more from other manufacturers. There are several third-party manufacturers that make excellent camera mounts and cases, so you don’t need a GoPro-branded bag.

Subscribers to the GoPro Plus service (cloud storage, camera warranty, etc.) get a 30-percent discount on the new lifestyle gear. If you’re really strapped for cash, but you want to try some of the new gear, you can potentially win GoPro swag by taking place in the #GoPro LiveIt charitable event.

“Between Friday, July 31, and Sunday, Aug. 2, people can participate in one or more of eight social-distancing-friendly activity categories with free events led virtually by GoPro athletes, advocates and ambassadors,” said GoPro in its press release. “Participants also have the chance to win one of the new GoPro lifestyle gear items for posting a standout image to social media using #GoProLiveIt and tagging @GoPro … For every social post tagged with #GoProLiveIt between July 31 and Aug. 2, GoPro will donate $1 to be shared across three charities —Girl Trek, Sea Trees and Challenged Athletes Foundation.” Find out more at GoPro’s website.

Thinking Outside The GoPro Box: