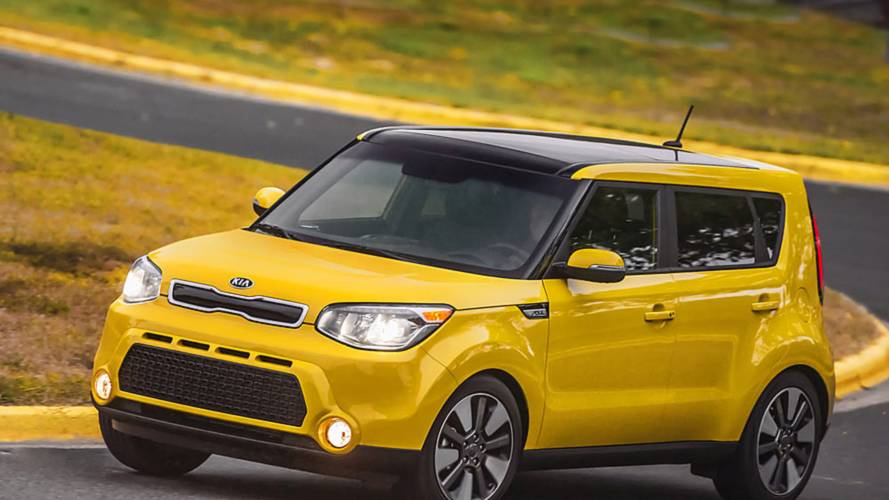 An urban car with urbane style, the Kia Soul! is your practical answer for getting to and from your impractical pursuits...

The box car craze of the early ‘aughts has finally come to an end. Scion recently killed off its segment-defining xB, and Nissan’s Cube went away because, well, nobody bought one. Still waving the square flag, however, is Kia with its Soul.

The Soul has always been a top seller for Kia, and for good reason. Where the other boxes felt cheap (though cheerful), the Soul brings style, a solid build quality and tons of features for a wallet-friendly price. It’s the clear leader in the small box world, and not just because it’s the only one you can still buy new.

I recently took a brand-new Kia Soul! (the exclamation point is part of the name – you know, to make it more exciting) from LA to Vegas and back. And even after spending almost 700 miles with the boxy Kia, it’s a car I still find myself stoked on.

That said, a freeway cruiser this is not. With its stiff suspension and short wheelbase, the Soul! (shout it out loud as you say it) feels nervous on those high-speed straightaways. It does an admirable job clocking in the miles, but by the time I got to Victorville, I found myself longing for something a little larger—more plush. Something that could soothe the inevitable hangover I’d be fighting during my return trip. Something like a Bentley. Or better yet, an airplane.

But whatever… the Soul! is a city car at heart, and it’s a damn good one. With its diminutive size and nimble handling, it easily dodges Vegas’ throngs of meth-addled taxi drivers. A peppy 164-hp 2.0-liter four-banger and not-so-bad 6-speed automatic transmission provide enough grunt to help Soul! eagerly get from stoplight to stoplight. This powertrain keeps the Kia moving at a reasonable pace on the freeway, too. And with its 31 highway mpg, I didn’t have to fill it up with gas too often, either.

Outside, the current gen-two Kia Soul doesn’t look too different from the one that has come before. This newest version is sleek and modern (for a box), featuring stylized alloy wheels, HID lighting, and just the right amount of black-accented trim to provide some contrast. Get one in white, squint really hard and it almost looks like a First Order Stormtrooper. Almost.

The inside, though, is where the Kia Soul! really shines. I don’t know what it is about Kia, but the company regularly cranks out interiors superior to that of parent company Hyundai. The plastics look to be of a higher grade, the panels seem to fit together just a hair better, and a whole lot more thought goes into the overall interior design.

Things feel just as funky and modern in the Soul! as they do outside. Those cylindrical “pods” housing the speakers and air vents are unique, as is the sound-sensitive accent lighting. When looking at the overall design—including the sculpted surfaces, gloss-black accents, integrated tech, and even the fonts used—this cabin feels very “now.” Whether that means that this will all look dated in the next five-to-ten years remains to be seen.

There’s plenty of room for everyone to get comfortable in a Soul!, but if you want to take more than a small bag, you’ll need a second vehicle. Fitting even a moderately small suitcase required the folding down of both rear seats. But at least the front occupants get plenty of comfort with high-end features like heated and cooled leather-trimmed seats, Bluetooth connectivity, full nav, and a backup camera.

Yes, there were a lot of optional features on this Kia Soul! tester, so for all I know, a base model could be a total penalty box. But with an as-tested price of approximately $26,000, any adult with a real job can afford a fully spec’d one. Just be smarter than me—use the cash you save to pay your mortgage instead of on a debauchery-fueled trip to Vegas. Speaking of which: Anyone have a couch I can crash on?