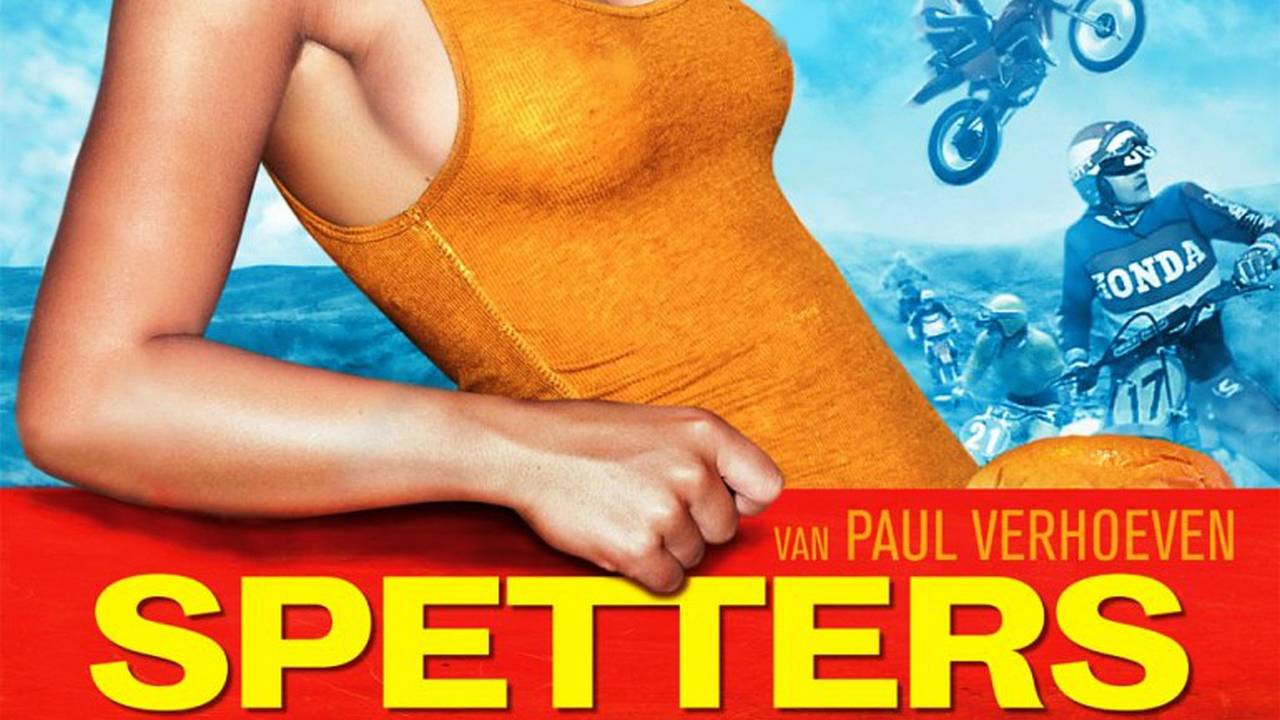 Spetters (1980) — Moto Movie ReviewLast week, I briefly discussed two movies: The Thrill is On, a flat track documentary, and Hell Riders, a very...

Last week, I briefly discussed two movies: The Thrill is On, a flat track documentary, and Hell Riders, a very bad, very low budget biker exploitation flick. As different as those two movies are from each other, Spetters is 180 degrees from both. This week's selection (available on YouTube) is a European art house film that deals with sexuality, religion, coming of age, motocross, and french fries...but don't they all? Spetters is basically Breaking Away if it was about motocross instead of bicycles, and took a European tone towards sex instead of a Midwestern one. It was also directed by Paul Verhoeven, and all the dialog is in Dutch, or Flemish, or Hollandaise, not sure, but I didn't understand a word of it.

There may also be a comic book adaptation available

There really is no reason to discuss who the guys are, though there is a blonde one, a dark haired one, and a ginger, and all of them ride motorcycles. Two of them, Hans and Rien, race in local motocross events, where the top rider is Rutger Hauer, who may actually be a replicant built just to win motocross races. Like I said, I didn't have English subtitles so I missed important plot points. All three of the young friends fall in lust with the carny woman who works the french fry and croquet stand at the track. She's pretty hot for their small town, with dreams of making it big on someone's coattails. Verhoeven lets us know how tough she is by having her pour hot french fry oil on some guy who messes with her and steals from her snack bar. Personally, if I saw a woman maim a guy for such a minor offense it would be a huge red flag...but maybe not when I was 18.

There's one other star of this movie as far as I'm concerned, and that's the 1975 Honda CB750 SOHC cafe racer that Eef cruises around on. Take note here all you Johnny come lately band wagon jumpers — it has no pipe wrap, Firestone tires, amber headlamp, or electrical tape X anywhere. Most likely it has a bunch of Dunstall and Rickman bits on it— like the exhaust, seat, fairing and cast wheels —and it's period correct for a CB750. They can have their unstable carny girl, I just want that bike.

Also, the actor playing Eef is the Dutch Patrick Swayze

Speaking of lust, like any good Verhoeven film, there's plenty of it, though there seems to also be quite a lot of impotence, or possibly premature ejaculation (it doesn't get quite that graphic, and remember it is in Dutch). I also warn you, there's literal gay bashing at several points in the film. And with all the subtlety that Paul showed in Starship Troopers and Basic Instinct, one of the main bashers gets raped and 'turned' gay by the end of the film. Which I'm pretty sure is not how homosexuality works, I don't think. Did I neglect to mention that one of the boys also has a strict christian father that tries to literally beat the devil out of him? For a more intellectual and religious look at all that, why not read an analysis of the movie in the Journal of Religion and Film?  Or forget all that, because we're in it for the bikes!

There really are some excellent motocross races in this movie, probably just filmed with the local hot shoes on a track near Rotterdam. A local pro (and dentist, from what the internet says) Gerrit Wolsink doubled for Rutger and actually inspired his character, Gerrit Witkamp. It also appears that the practice track these kids ride on is just the local land fill, with piles of trash everywhere and a stench you just have to imagine. The actual natural terrain track they race on is really nice though.

I don't want to spoil the story for you, but you may already have figured out that a hot girl ruins the lives and friendships of the main characters. One of them suffers from one of the most painful looking accidents since Homer Simpson got bent over backward on a fire hydrant.

In the end, the score card for the three guys reads: one turned gay, one left crippled, one dead, and one running a french fry stand/disco. I know that adds up to four, but a guy can be two things, right? All because of a girl who for the most part looks like a member of Duran Duran or an 80's album cover. Come on now, what about guy code, fellas?

Fientje (Renée Soutendijk) may actually be a Nagel poster come to life, and wouldn't that make a great movie?

RideApart Worth Watching: Yes,  for the bikes and riding if nothing else

Redeeming Quality: The camaraderie between the 3 main characters and their other riding friends is totally relatable. They ride pretty much everywhere they go, sometimes right through town on their motocross race bikes. But know that this move would have gotten an X for the nudity and complex sexual situations in the US; so adults only. Young Verhoeven does a good job with his direction, and keeps the pace fun and flowing. You will cringe when people get hurt, and probably cheer when people triumph, even if you can't understand Dutch.

Things to watch for:

Surely this Impala (belonging to the gypsy fry sellers) must have been the largest car in the Netherlands at the time.

Yes he is towing the Impala with a 250cc dirt bike, which is as likely as the 3 breasted woman in "Total Recall"

By the way, "spetters" is a rare triple (quad?) entendre, meaning literally "splatters." It refers to the mud on a dirt biker, the grease on a mechanic, the splash of hot oil in the fryer, and has sexual and slang meanings which you can probably guess. Spetters was also a popular term for a hot member of the opposite sex back in the 1970s.

If you want to watch this movie with English subtitles, you may have to order the DVD and wait for it. If you don't care about the dialog, you can watch the whole thing in its NSFW glory by clicking here, or the safe for work American trailer below.

Many of these pictures are courtesy of moviescreenshots.blogspot.com, pulled directly off a DVD copy. The movie poster for the Italian release (below) bears no resemblance to anything in the movie.