Triumph’s Latest Teaser Takes The Tiger 1200 To The Tarmac

The biggest cat is still light on its feet.

2021 has been a busy year for Triumph. After introducing the Trident 660, Tiger 850 Sport, and an all-new Speed Triple RS to its range, Hinckley revealed its upcoming motocross and enduro project, a new Tiger 660, and a revised Tiger 1200.

In September, 2021, Triumph released three new teasers exhibiting the Tiger’s off-road prowess. From sliding the rear to pulling wheelies to catching some air, the large-capacity ADV looked light on its feet and heavy on the fun. With Ricky Carmichael helping the British brand develop its motocross line, the five-time 450 AMA Supercross champ praised the updated adventurer as well.

In the latest teaser, the Tiger shows that it isn’t just an oversized enduro, taking to the sweeping roads of the British countryside. Of course, when Triumph introduced the new Tiger 900 family, it offered Rally and GT variants to accentuate the middleweight adventure bike's off-road and on-road characteristics. The brand hasn’t revealed whether it will take the same tact with the new Tiger 1200, but it seems like the heavyweight ADV will attack the corners nonetheless.

As the Triumph preps the big Tiger for its debut, it will enter a highly competitive large-displacement adventure bike market. Most recently, Harley-Davidson joined the segment with the Pan America while Ducati and KTM adopted radar-assisted adaptive cruise control on the 2021 Multistrada V4 S and 1290 Super Adventure S.

Though Triumph isn’t championing such farkles with the new Tiger 1200, it will need to bring its A-game to the party in 2022. With the brand confirming attendance at EICMA 2021, we hope to see more of the new Tiger 1200 before its imminent launch later this year. Yes, Triumph has been busy in 2021, but it still has a few tricks up its sleeve. 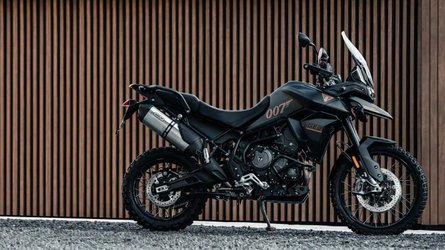 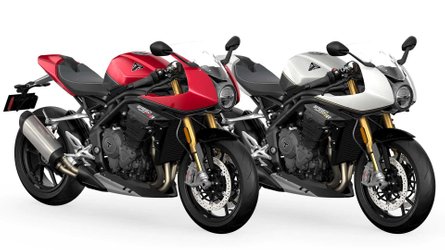 Triumph Goes Sportbike Hunting With The 2022 Speed Triple RR
By: Dustin Wheelen
++
Got a tip for us? Email: tips@rideapart.com