Throwing down the gauntlet.

What’s MotoGP racer Andrea Dovizioso doing with his year off in 2021? One thing’s for sure, he’s keeping himself very busy in the bike world. First, it was testing not just once, but twice with the Aprilia MotoGP team. As of May 17, 2021, Dovi is now an official development rider and brand ambassador for the all-new Italjet Dragster.

Italjet is hard at work developing the new Dragster in both 125cc and 200cc versions. Since the company is determined to give more of a true motorcycle experience with the redesigned Dragster, having the expertise of a seasoned racer like Dovi on board is particularly invaluable.

“When I designed the new Dragster, I imagined it as a small superbike to utilize in the city. A scooter capable of giving the feeling of a real motorcycle on the track,” Italjet president and CEO Massimo Tartarini said in a statement.

“I desire that the Dragster can express all its potential and be the best in class. For this reason, I thought I have to rely on an undisputed protagonist of motorsport, a famous pilot all over the world. I immediately thought of Andrea, a person that I’ve always admired, a professional and a man able to look beyond,” he continued.

While the actual riding experience of the new Dragster remains to be seen, the redesign sets the new Dragster apart from everything else on the market. There is, quite simply, no other two-wheeled anything—scooter or motorcycle—that looks anything like it.

Tartarini has some thoughts about this, too. “The big players have flattened out on bikes which are now all very similar with a lack of soul and character, neglecting the fact that real motorcyclists choose to ride a bike because of strong emotions that it creates. Even if we are a small company compared to global competitors, we have decided to realize a different urban bike straight out of the box, in the wake of the tradition of Italjet. The Dragster may be classed as a scooter, but we believe we have created something more and to call it a scooter is not doing it justice,” he concluded.

Once the Dragster arrives, can it live up to such high expectations? We always want to hope so, and we look forward to finding out in the coming months. 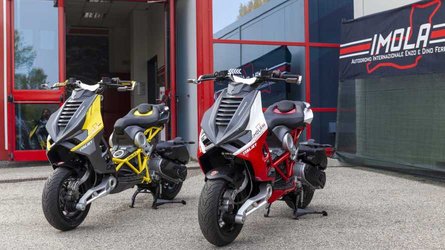 The Italjet Dragster Is The Official Pit Bike Of Imola 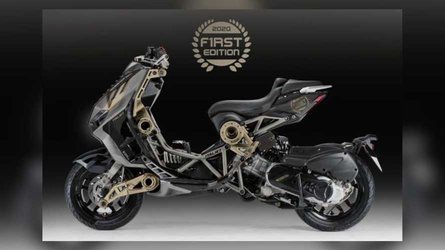