If you didn't want one before, this might change your mind.

Preordering highly anticipated bikes and scoots can get you some cool bonuses, but you usually know about them in advance. In fact, finding out that there’s a super-special and exclusive paint scheme might be what entices you to put down a deposit in the first place.

When Italjet announced its completely reworked Dragster for 2020, the company opted not to tell anyone about the Limited Edition colorway off the bat. Instead, it waited until March 2020, when it notified customers who had already placed preorders about their opportunity to switch their existing orders to this brand-new colorway. 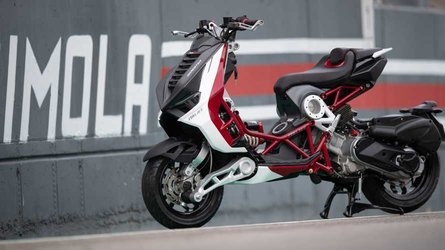 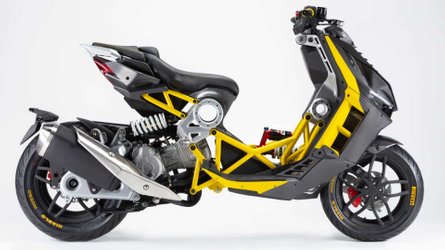 Back when Italjet originally opened preorders for the new Dragster, there were two color options that still exist today: anthracite, red, and white or anthracite and yellow. There was also an orange and grey color option that existed at the time, and was listed as an option on Italjet’s website. However, an eagle-eyed reader who had preordered a new Dragster said the company told preorder customers that not enough people had ordered it, so it was now canceled.

Instead, the reader went on, preorder customers now had the option to switch to the 2020 First Edition color scheme, which is the beautiful matte gold and black colorway you now see before you. According to Italjet, only 499 in this color scheme would ever be produced. That number covers both the 125cc and 200cc versions of the new Dragster, incidentally.

Italjet Philippines explicitly spelled out the option for its customers, adding that you could still choose either of the other two colors for your preordered bike, but that gold and black colorway would go away forever after all those 499 First Editions were gone. The good news is, the First Edition colorway appears to be available anywhere that Italjet is selling the new Dragster, and is not a geographically-specific special edition.

According to Italjet, it’s already sold out. That’s not surprising since the company gave preorder customers first crack at it. So, if you missed out and were hoping to get your hands on one, that means you’ll have to wait for it to pop up on the secondhand market at some yet-to-be-determined point in the future. The Dragster should start rolling out to customers in September 2020, according to Motociclismo.

Do you want a new Dragster? Are you getting one? Do you like this color combo, or would you still take one of the others over the Limited Edition anyway? Let us know in the comments.