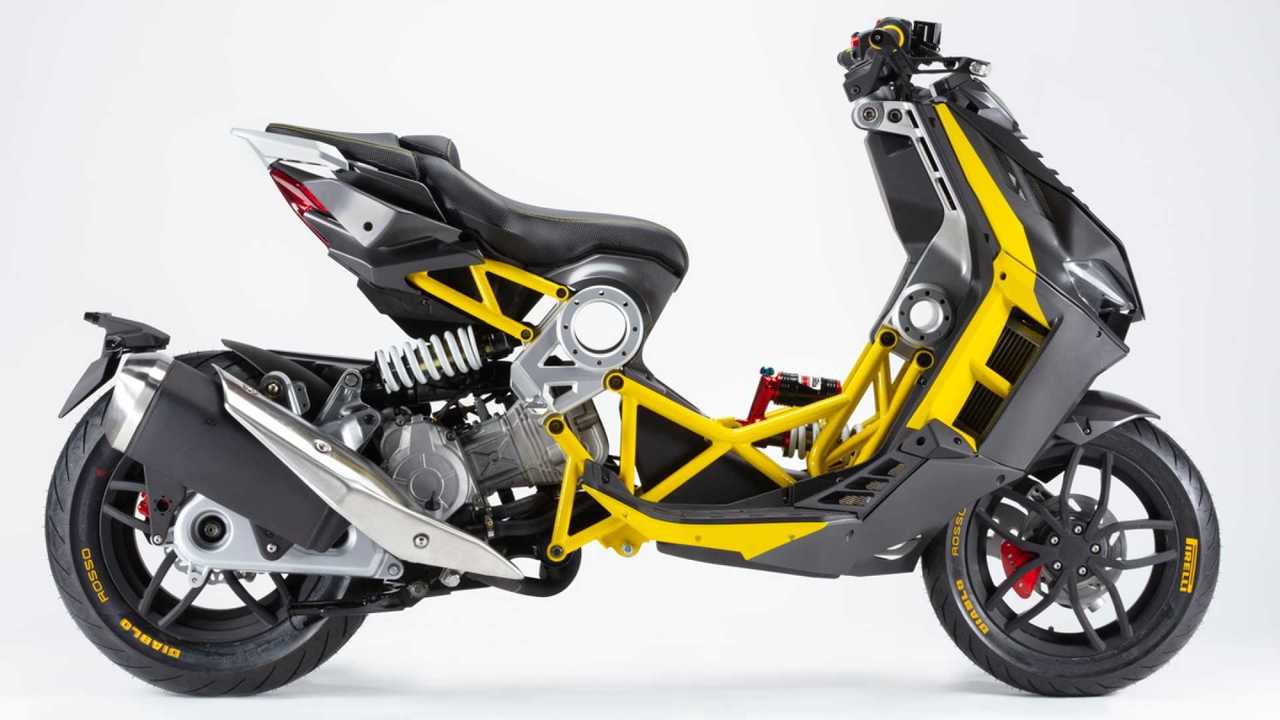 It looks like a Ducati scooter for the 22nd century.

The streets of Italy are in for a rude awakening. Unleashed at EICMA, witness the fiendish power of the Italjet Dragster, a powerhouse of a scooter that looks like it can chase down the latest Kawasaki Ninja H2, eat it for breakfast, and spit it out without batting a futuristic eyelash.

All These Powered Scooters Are a Menace

Okay, maybe the Dragster can't actually follow up with the performance its radical design promises, but it'll certainly make people look twice. With its sharp angles, trellis frame, and aggressive appearance, this is a complete redesign from the previous version. Rather than living in the past like Vespa, Italjet looks to the future, drawing inspiration from the very best supersport bikes for its own version that is perhaps just a little bit slower. It may be named the Dragster, but how many of these will actually be setting quarter mile times?

Still, by scooter standards, the Dragster won't exactly be slow. It will be available with 200 cc and 125 cc engine options, though with only a €300 ($342) price difference there is little reason to choose the 125 besides European license restrictions. The 200 cc version makes 20 horsepower, and the 125 still makes a respectable 15. Both engines are liquid cooled and use an automatic dry centrifugal clutch with a continuously variable transmission. Both versions of the scooter come with adjustable springs, linked disc brakes (with anti-lock on the 200), and 120-70-12 inch tires in front with 150-70-13 inch tires in the rear. The whole package weighs 108 kilograms (238 pounds) for the 125 and 112 kilograms (247 pounds) for the 200.

Italjet is a little-known company, but its designs have always been, shall we say, unique. The new Dragster looks like Ducati designed a scooter for the 22nd century, probably powered by antimatter or unobtainium or something. It remains to be seen if people will like its sportbike-inspired styling, or laugh at it.