What's their angle? All of them.

Suzuki’s GSX-S1000 has remained largely unchanged since its introduction back in 2015. With the dawning of the Euro 5 era, Suzuki decided that 2022 was as good a time as any to bring about some much-needed changes to its naked sportbike. If you thought the previous design was getting a bit long in the tooth, you’ll be happy to see that Suzuki took its old stylebook and apparently tossed it out the window. Let’s take a look.

In all its press materials, Suzuki says its design concept for the 2022 GSX-S1000 was “razor sharp and ready to strike.” What does that mean? Well, apparently, it means NO CURVES ALLOWED. Where the outgoing design had quite a lot of rounded, curvy lines to it, that’s all gone for 2022. The first thing you’ll notice is the stacked, triple-hexagonal LED headlight cluster. From there, all the design angularity sort of radiates outward and back down the length of the bike from that initial focal point. Those triple LEDs put me in mind of nothing so much as a honeycomb. Is the GSX-S1000 ready to sting?

As with most other OEMs and their Euro 5 updates, power changes seem pretty slight on paper. According to Suzuki, though, these and other internal engine tweaks (which involve a bunch of new internal parts, including a new camshaft) result in other power delivery refinements. Acceleration from 0 to 200 kph (that’s about 124 mph) dropped from 6.7 seconds flat for 2020 down to 6.64 seconds for 2022. More than that, though, Suzuki says its 2022 changes result in “a broader, smoother torque curve with fewer peaks and valleys” across the entire operating range. If that characterization is anywhere close to accurate, doesn’t that sound like something you’d want?

The twin-spar aluminum frame attaches to the same aluminum alloy swingarm found on the GSX-R1000, as before. However, Suzuki decided to revise the ergonomics a bit for the 2022 GSX-S1000, adding a new tapered handlebar design that’s about 23mm (almost an entire inch) wider than in 2020. They’re also rotated upward to bring the grips 20mm closer to the rider, resulting in a more upright riding position. Seat height is 810mm, or about 31.9 inches, and both the front of the saddle and the tank are narrow to make it easier for riders to get a strong grip with their knees. A slightly larger 5-gallon tank holds plenty of fuel for your journeys, and a newly redesigned seat is meant to keep you comfortable on any street. Curb weight is 472 pounds, but you obviously have to pay for that added fuel capacity in more ways than at the pump.

Suzuki groups all of its electronic rider aids under the general “Suzuki Intelligent Ride System” umbrella, or SIRS. That includes the newest revision of its ride-by-wire throttle system, which it says is simpler and smoother than the old version. It also includes the up/down quick shifter, Suzuki Easy Start (no need to pull in the clutch to start if you’re in neutral), low RPM assist, and the Suzuki Clutch Assist System.

The new, multi-function LCD instrument cluster looks fairly straightforward and well-sized. Brightness is of course adjustable, but it remains to be seen how easy to read it is in bright, direct sunlight. In addition to the statement-making stacked LED headlights, you also get LED lighting all around, including the angular oval blinkers mounted front and rear. Even the mirrors are somehow both slightly rounded and angular at the same time, which suits the overall look of this design quite well.

If the 2022 Suzuki GSX-S1000 appeals to you, it will be available in three colors: Metallic Triton Blue, Glass Mat Mechanical Gray, or Glass Sparkle Black. Pricing and availability haven’t been announced just yet. As always, that information will likely vary by market, and we’ll be sure to share it as soon as possible. 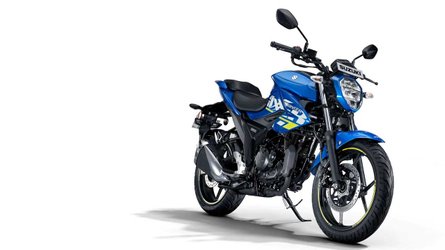 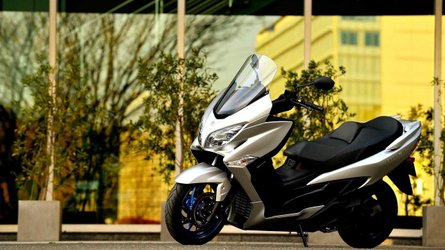 The Suzuki Burgman 400 Gets Some Cool Updates