The NMoto Golden Age Concept Will Go Into Production 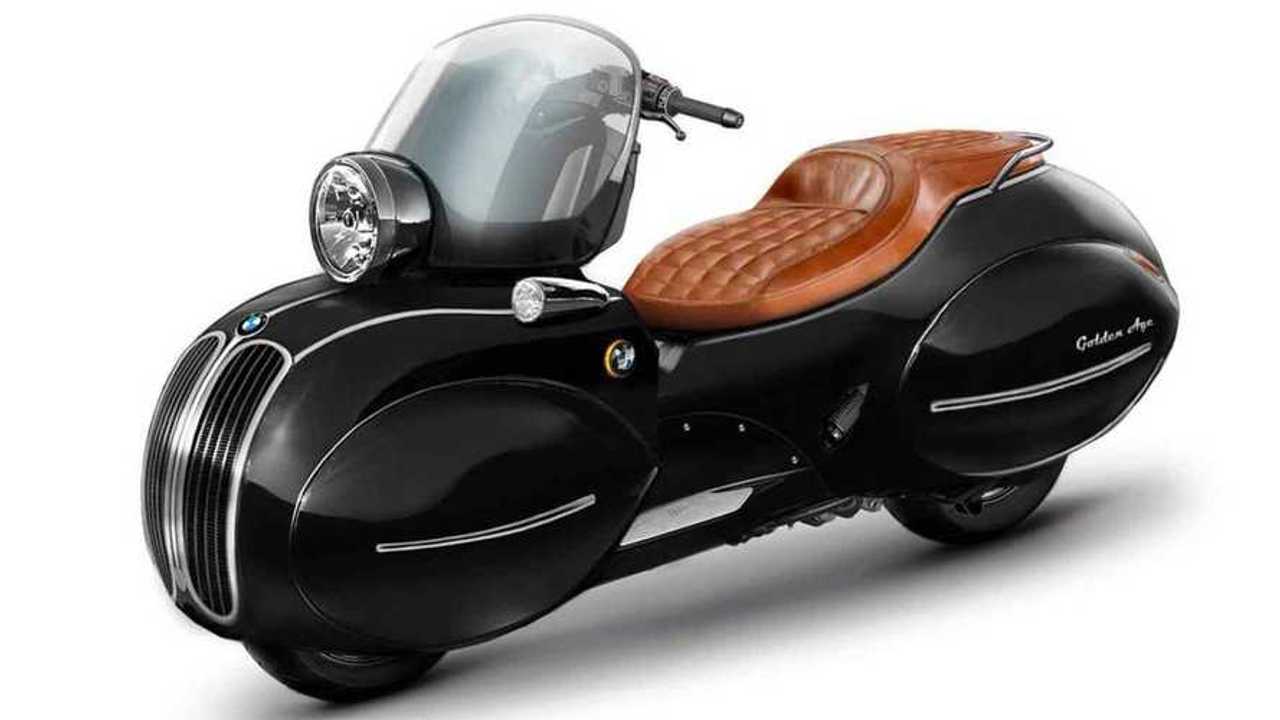 NMoto, who brought us the Nostalgia concept, has downsized a bit with their latest project, the appropriately named Golden Age Concept. It blurs the line between motorcycle and scooter with its unique styling, while based on the modern BMW C 400 X scooter under its Art Deco exterior.

Though it has a BMW heart and certainly some BMW styling cues, designer Alexander Niznik is not trying to evoke an antique BMW model in this concept. Rather, his inspiration was the Courtney Streamline concept. Orley Ray Courtney had bought a 1930 Henderson KJ Streamline, decided it wasn't streamlined enough for him, being a fan of the unusually aerodynamic Chrysler Airflow. Courtney gave the bike his own unique bodywork that was even more swoopy than before, a project he finished in 1935.

Many of these styling concepts come through on the Golden Age. The teardrop faux "wheel wells" are still there, as well as the headlight in front of the curved windshield, flanked by teardrop-shaped turn signals, and a comfortable-look leather seat. The Golden Age seat is larger than the Henderson, but that just means you can take a friend along for the ride—likely a side effect of the scooter the bike is based on.

Other positive effects of the scooter it's based on are a low center of gravity and low weight of around 450 pounds. With 34 horsepower and a continuously variable transmission, the Golden Age will be easy for anyone to ride, and practical for zipping around town while looking slick at the same time. Someone needs to ride one of these in the Distinguished Gentleman's Ride.

NMoto may claim the Courtney Streamline to be the main design influence on the Golden Age, but perhaps because I come from a car background, I see something completely different: the original BMW 328. This was an absolute supercar of its time, the same era as the Courtney Streamline, with countless race wins. The Golden Age's tall, slender kidney grill just screams 328, and while the teardrop "fenders" are meant to evoke the Streamline, I think they resemble those of the 328 as well.

NMoto is building the prototype Golden Age right now and expects to show the finished product in spring 2021. After that, it will be available for purchase in a variety of retro-themed liveries. I'll take mine in white, not black like the prototype, and go all-out on the pre-war BMW race car theme.