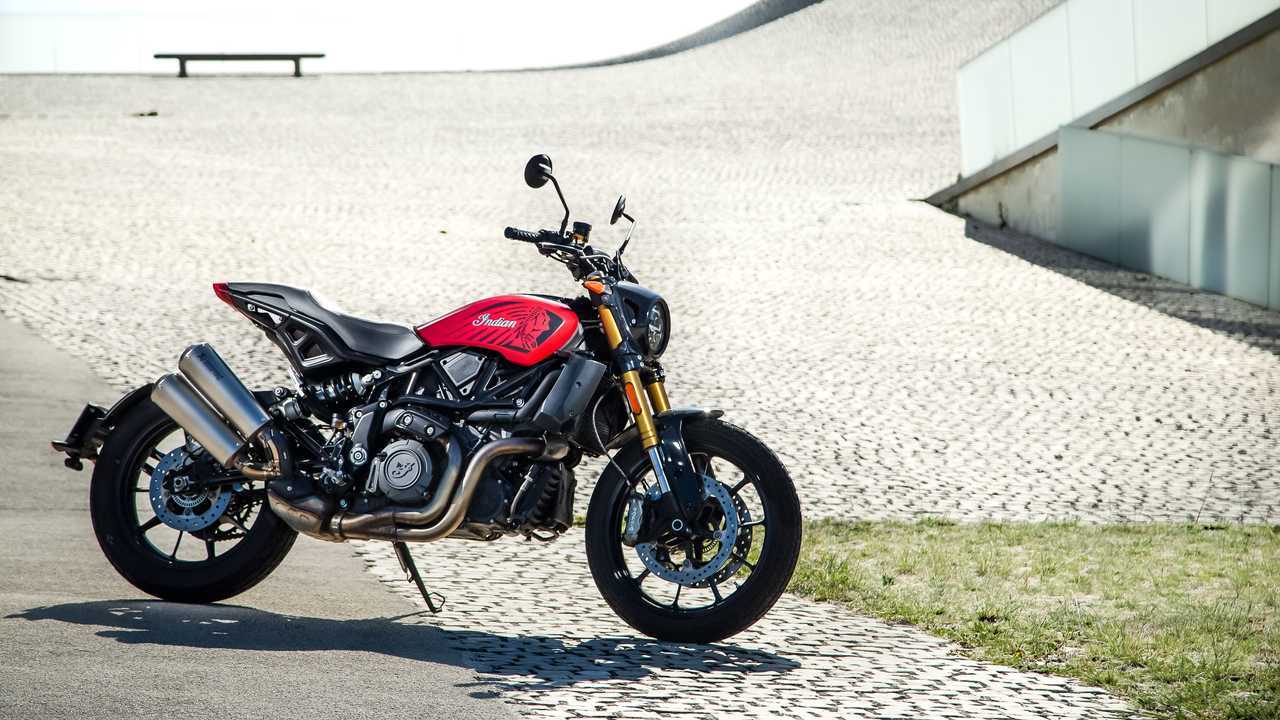 How do you say "seeing red" in French?

Ever since Indian Motorcycle launched the FTR 1200, it’s been steadily ramping up your number of available trim choices. There’s the regular, the S, the Rally, and the Carbon. As the colors change in the northern hemisphere, Indian took that seasonal opportunity to launch the FTR 1200 Ruby Smoke Limited Edition.

That’s good news for France, but bad news for the rest of the world if we like the way it looks—because that’s currently the only place it’s being released. This beautiful rouge colorway is available on your choice of the FTR 1200 or FTR 1200 S. While it’s definitely more of a blue-tinged version of red, it’s much closer in tone to an apple than, say, a bowl of cranberries. Think about a ruby refracting sunlight and you’ll have a pretty accurate mental picture.

The FTR 1200 is stripped down and essential, with minimal electronic rider aids, an analog speedometer, and a blacked-out front fork. Meanwhile, the FTR 1200 S comes with adjustable fork and shock absorber, as well as both traction and wheelie control. It also comes with a customizable touchscreen display, Bluetooth connectivity for your smartphone or other device, and three riding modes.

Unfortunately, we also don’t know just how limited this Limited Edition truly is. So, if you’re in France and you find this colorway appealing, your best bet is to reach out to your local authorized Indian dealer to ask all pertinent questions.

Indian Challengers Win Big At King Of The Baggers 2020

Indian Motorcycle Launches eFTR Jr Electric Bike For Kids
++
Got a tip for us? Email: tips@rideapart.com