Upgrade Your KTM Enduro With The WP XPLOR PRO Shock 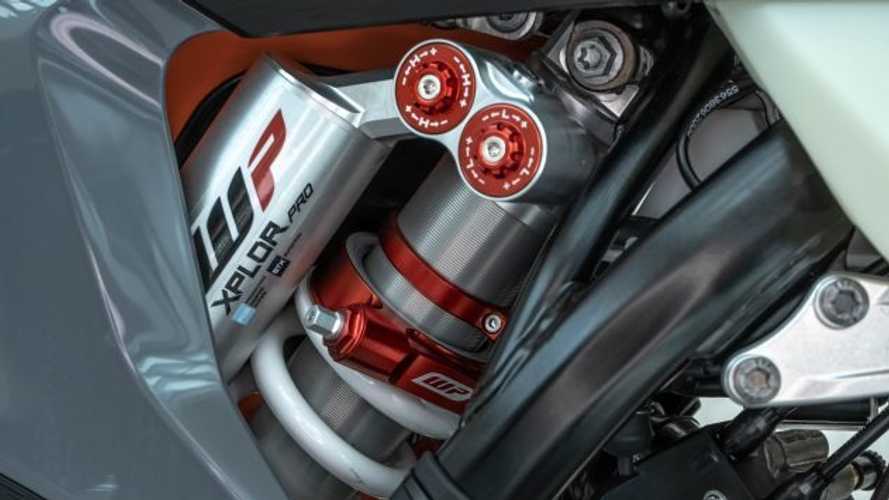 Engineered to maximize rear wheel contact to the ground.

It goes without saying that KTM dirt bikes are by far some of the most off-road capable machines out of the box. Having defined the current generation of enduro bikes, KTM along with Husqvarna have dominated the scene both in professional motorsports and in the hearts of weekend warriors. Any KTM enthusiast would know that the Austrian giant has quite an arsenal of components at its disposal. From engine components by Pankl, to suspension components by WP, KTM also offers a whole catalogue of upgrades to its customers seeking to eke out even more performance from their already capable machines.

The latest in KTM’s list of trick upgrades to their bikes is sure to get the hearts of off-road riders racing. WP Suspension has released a brand new rear shock designed with motorsports in mind  The new WP XPLOR PRO 8946 Shock is designed to take the performance of enduro bikes to the next level by ensuring the rider is able to traverse even the most demanding terrain. The new shock features WP’s SUPERTRAX and Progressive Dampening System (PDS) technology, which is designed to soak up huge bumps from jumps and rocky terrain

Of course, as expected with components of this caliber, the WP XPLOR PRO 8946 Shock features an array of adjustability. For starters, the rebound speed can be optimized, ensuring maximum contact of the rear wheel to the ground, especially when landing from jumps. This gives competitive enduro racers precious milliseconds to power out of jumps and corners.

The new WP XPLOR PRO Shock is available for the whole range of KTM EXC, EXC-F, and XC-W enduro bikes produced from 2017 onwards.