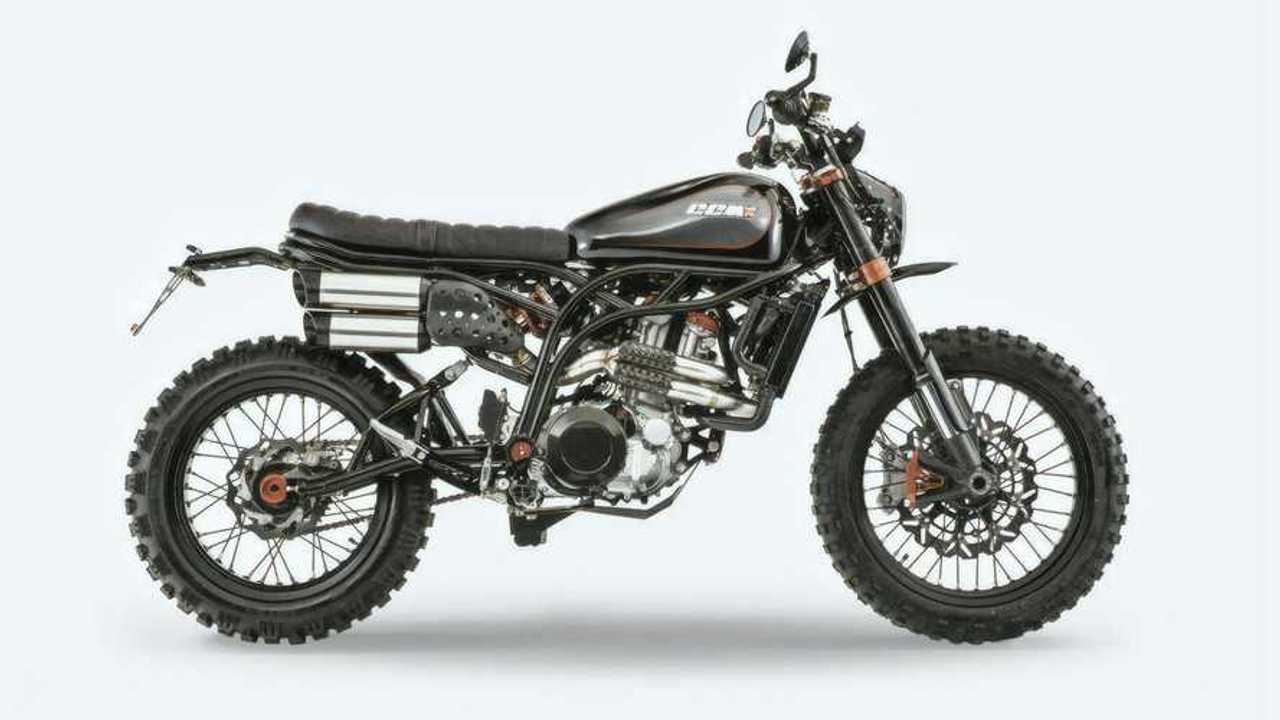 You can buy a less battle-worn version of the bike used in the movie.

We’ve written at length about CCM’s Spitfire line and how special and inspired it seems to be. It’s no surprise, then, that a Spitfire might well have been in the running for a James Bond movie. Unfortunately, that didn’t work out—but where 007 instead hopped onboard with Triumph, the team behind Marvel’s upcoming Black Widow movie chose to ride into battle with six custom CCM Spitfires.

As far as we’re concerned, good movie bikes and bike scenes are, well, good. Unfortunately, Black Widow’s release date has been pushed back to November 2020 at the time of writing, so we can’t offer any opinion on its performance in the film. What we can tell you is that CCM is awfully proud of it—and to celebrate, it’s released a limited “Blackout” edition as a movie tribute.

While it’s true that the “Blackout” version isn’t as scuffed and scarred as the actual bike seen in the movie, that’s also likely why CCM is calling it a “Movie Tribute” bike. From the bike maker’s press release, here’s perhaps the most interesting line in the whole thing: “The bike performed so well straight off the line the [stunt] team felt able to use the standard production CCM bikes in all of the stunt sequences rather than their usual lookalike dirt bikes.”

Storied stuntwoman Sarah Lezito got back in the stunting saddle in place of Scarlett Johansson, reprising Natasha Romanov’s stunt duties that she’d begun back on Avengers: Age of Ultron (aka Avengers 2). Does Black Widow have a thing for bikes from three-letter OEMs? Behind the scenes, probably not—but hey, those moto preferences will be film canon after the standalone movie finally drops.

What do you get if you shell out £8,995 (or US $11,757) for the Blackout-edition Spitfire? A special hand-painted “Blackout” colo(u)r scheme, for a start. Parts that make up the whole include metallic black paint, grey panels, red details, a carbon fiber headlight cowl, black powder-coated steel trellis frame, and a dark grey microsuede dual saddle. There’s also a slash-cut, high-mounted exhaust, brand-new performance mapping and revised gearing to make this Blackout version ride as good as it looks.

CCM says it’s limited, but hasn’t listed a specific number of how many will be produced. At that price, it’s not hard to imagine they’ll sell each and every one—even to people who aren’t interested in the movie.

CCM Introduces Stealth Variants Of Three Models
++
Got a tip for us? Email: tips@rideapart.com