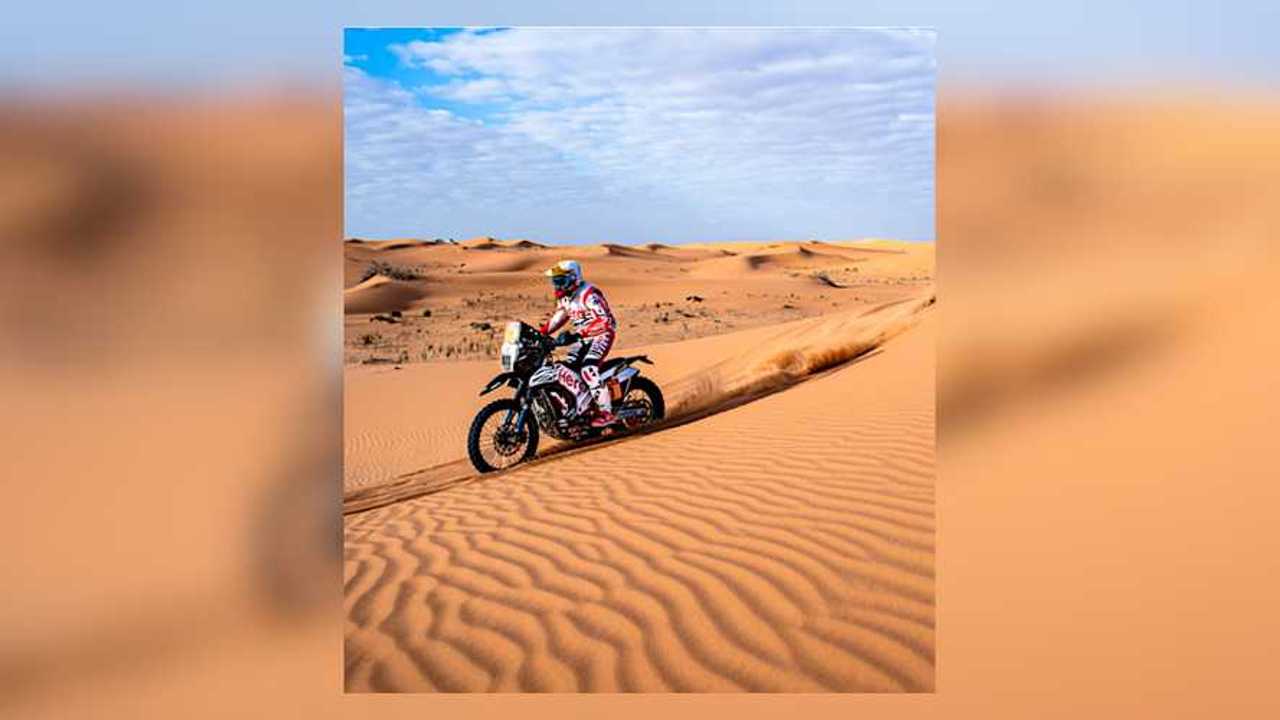 Hero MotoCorp is India’s biggest two-wheeler manufacturer, a position it maintains with its fleet of small-displacement, commuter-friendly bikes. It also fields some rally efforts through Hero MotoSports, which utilize adventure bikes that the brand doesn’t currently sell as production models. Naturally, plenty of people have been wishing they could buy one.

Back at the beginning of 2020, the Hero World 2020 event broadcast what’s going on in Hero-land to an eager public. Lo and behold, it turns out that Hero is working on a 300cc-ish ADV bike, and people have been talking about it ever since. Only the briefest glimpse was offered to attendees of the event, which was held in February, 2020 (and thus, pre-pandemic). Here’s a short video that shows exactly what attendees saw.

For those wishing that the Xpulse 200 packed a little more oomph in the engine department, hopefully this 300cc adventure bike will not disappoint. We know from this brief glimpse that it’s going to have a trellis frame, even if we don’t yet know what the bodywork is going to look like. Most Indian publications speculate that it should compete handily in the specs department with the BMW G 310 GS, which features a liquid-cooled, single-cylinder engine that puts out a claimed 34 horsepower at 9,500 rpm, alongside 21 lb.-ft of torque at 7,500 rpm.

Other speculation includes switchable dual channel ABS, dual-disc brakes, LED lighting, proper spoked ADV-wheels, and a price that is competitive with or even slightly undercuts its competition. The publication Autocar is also hopeful that the Hero 300 ADV (which still doesn’t have an official model name announced at the time of writing) will have better off-road capabilities than the other two competitors in its segment. Both those other bikes are distinctly road-biased, so there’s hope that the Hero could dig itself a little subniche by being a bit more off-road ready instead of merely looking the part.

Will it look like a mini-Dakar bike when the final design is unveiled? As usual, only time will tell.

Bullit Motorcycles Ups The Hero 125 Style Quotient With Black And Gold
++
Got a tip for us? Email: tips@rideapart.com