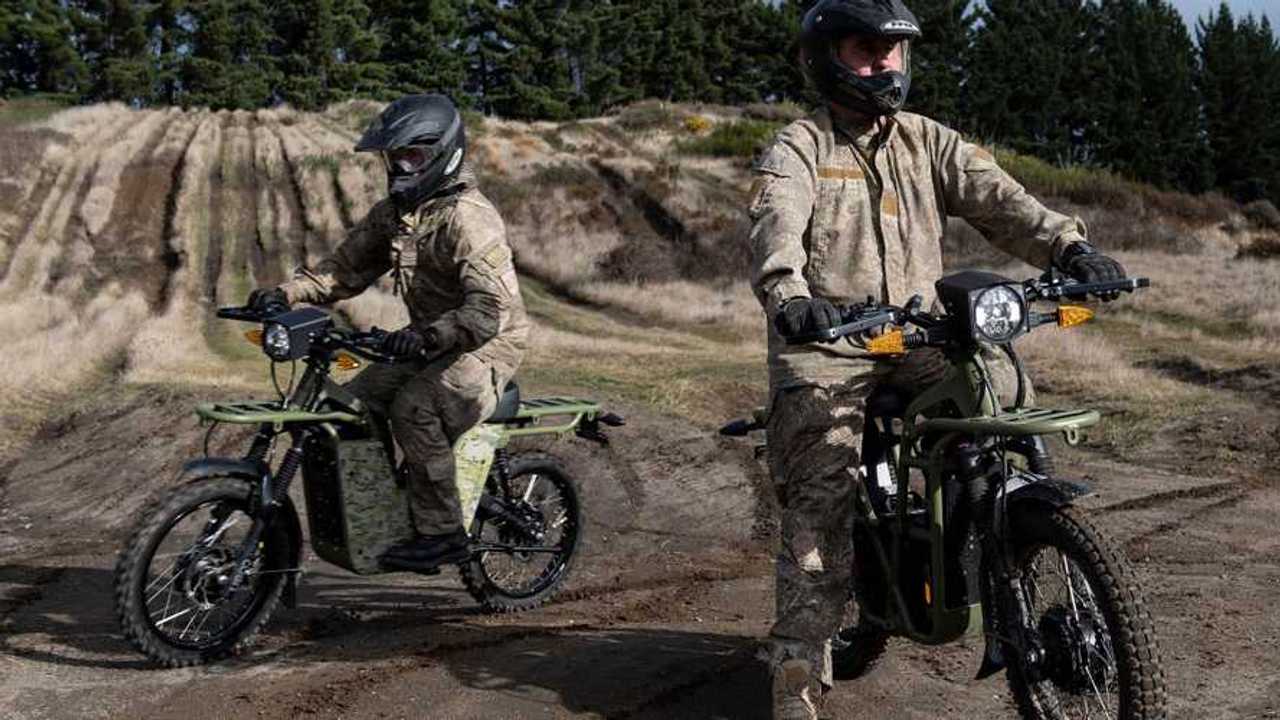 Could battery bikes find their way into combat?

New Zealand’s military might be about to put a new meaning to the term “eco-warriors.” In an effort to make its operations more sustainable, the New Zealand Defense Force is looking at adopting electric motorcycles. Specifically, it is looking at the UBCO 2X2 battery bike.

UBCO’s electric motorcycles were originally designed as a modern-day substitute for the classic “ag bike.” Farmers in New Zealand and Australia use ag bikes (short for “agriculture bikes”) for general utility—shifting tools, workers, and even livestock around sprawling properties. Traditionally, ag bikes are based on small-capacity machines like the Suzuki DR200, which is known as the Suzuki Trojan in its ag bike configuration.

The UBCO 2X2 design uses an electric motor and, like the name implies, it is two-wheel drive. There’s an air-cooled, brushless, DC 1 kW-motor in each wheel hub, powered by UBCO’s Portage battery system. The Portage battery is a 48 Ah-rated, 50-volt lithium-ion power pack designed to recharge tools and devices as well as power the 2X2 bike. UBCO says it’s good for a range of 120 kilometers (75 miles). Recharging takes 6-8 hours.

UBCO markets the 2X2 to a wide variety of users besides farmers, including hunters, conservationists, delivery workers, commuters, RVers—but military? Isn’t that a bit outside the box?

Lieutenant Colonel Brad Gallop says the UBCO 2x2 has some advantages over a gas-powered motorcycle: “They are quiet, don’t give off exhaust or heat, and aren’t powered by highly flammable liquids.” Gallop also said the new bikes will be simple to maintain, with lower training requirements than a standard motorcycle.

New Zealand’s army, navy, and air force are all trialing four UBCO bikes through 2020, assessing them for “reconnaissance and surveillance, airfield security, and other transport roles.”

Although the idea of a smallish battery bike used in a military role might sound unusual, armed forces frequently test and use lightweight motorcycles in all sorts of roles. The US military ran Kawasaki KLR650s for years, modified by Hayes Diversified Technologies to run on diesel fuel. Before that, Marines used KLR250s for reconnaissance duty. The UBCO 2X2 is a much more modern approach, and no doubt New Zealand isn’t the only military interested in the advantages of battery bike technology.

Do Androids Dream Of Electric Motorcycles?