Get out and ride to work! More of us should do that.

By and large, the majority of the American population commutes every day by car. Those of us who commute every day by motorcycle are severely underrepresented.

COMMUTE! GET A RIDE IN! 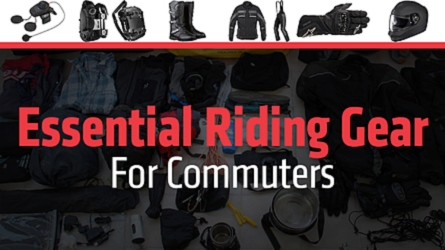 There are so few of us, at least in the Northeast US, that many of us sort of get to know the riders who have the opposite commute–my personal “commute buddy” rides a red BMW R1100RS and we wave every morning (and, when I am on the road early enough, in the evenings too). We’ve never met but I would know that bike if I saw it parked.

Unfortunately, according to the United States Census Bureau, all of us who commute primarily by motorcycle are either a vanishingly small lot, or too few of us responded to the American Community Survey, where the government collects all of this data. Did you receive an ACS request in the mail? Did you respond? Did you say you commuted by motorcycle, if you do?

Perhaps if more motorcyclists spoke up to be counted, we could be considered more often when it comes to those slippery street markings, edge-trap road repair, sensors in self-driving vehicles, cheese-grater barricades, and urban parking. If more of us commuted on our motorcycles perhaps lane-splitting (or filtering) would be legal in more places. Certainly, if more people rode, traffic congestion would be eased and road damage might be lessened.

Recently Central Park Bike Rental out of New York City broke down all the numbers for us and figured out the top five cities for each method of commuting as a percentage of population. The top city for motorcycling (and this surprised me) turns out to be Bremerton/Silverdale in Washington state. Even though that is the urban area where the most people responded that they rode a motorcycle to work, the percentage of people who did so is still only 0.88% of the entire population, which equates to only 1073 people total. The top five cities/urban areas where people commute by motorcycle, according to the census numbers, and remember this is by population percentage, are:

From observation alone, friends, what are the numbers you see along your morning and evening commutes? Do you see the same motorcycles/motorcyclists every day? Do you, like me, think these numbers are super far off? How would you recommend we stand up to be counted? Do you have a commute buddy, too?