How More Motorcycles On The Roads Benefits Everyone 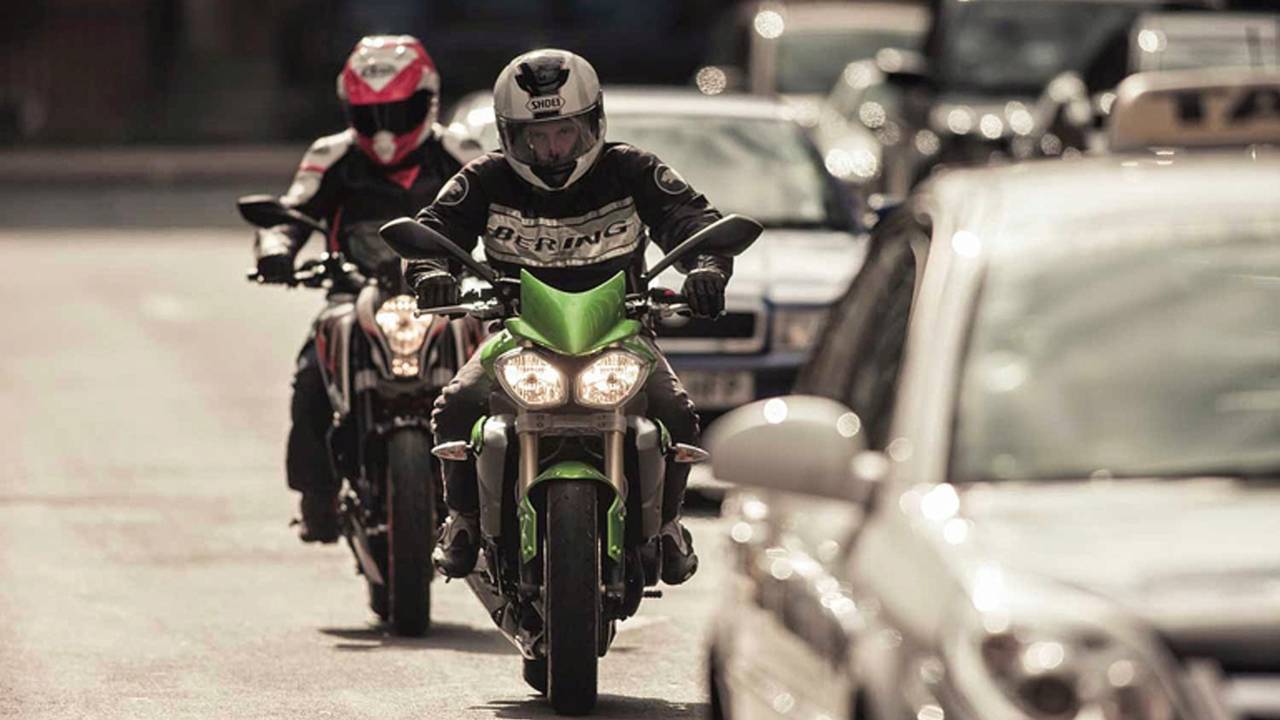 How adding some adventure to your commute helps every vehicle on the road, no matter how may wheels

Adding some adventure to your commute helps every vehicle on the road, no matter how may wheels

I live in Los Angeles, where out of control congestion and traffic is just an accepted – albeit massively inconvenient – part of daily life. In 2015 residents of the greater Los Angeles area spent an average of 81 hours in traffic. According to a fairly recent Los Angeles Times poll, SoCal residents ranked traffic as their top concern, even over personal safety and housing costs. Because lane-splitting is legal in California – as it is almost everywhere else on the planet outside the United States – riding a motorcycle in a major California city that's clogged up with traffic can save you hundreds of hours per year. Not only are motorcycles cheaper to buy, maintain, insure, and run than cars, but if roughly a tenth of the population began traveling primarily via scoot, the resulting decrease in traffic and congestion would be astounding. That's according to a recent study out of Belgium that looked at how commuting via motorcycle could reduce traffic congestion.

The Belgian consultancy Transport and Mobility in Leuven, Belgium, conducted a 2012 study that reported that if just 10 percent of all private automobiles were replaced by motorcycles or scooters that congestion would drop by a substantial and noticeable 40 percent. A 25 percent shift from four wheels to two would reportedly result in the elimination of congestion in its entirety. This study was conducted on a stretch of highway between Brussels and Leuven and showed an enormous impact on congestion. That said, those conducting this study acknowledge that gridlock is due to myriad factors that are unique to specific areas. This means that their results may not apply universally, though this study nonetheless speaks volumes as to a clear benefit in reduction of traffic.

Want to fix this? Get a bike!

While the existence of traffic on one hand is theoretically a good thing, as far as traffic means lots of people have jobs to get to and places to be where they are earning or spending money, there is a financial cost brought on by gridlock. It affects freight and deliveries arriving on time and effects the number of deliveries they can make per day, it impedes overall productivity, and it costs money via time spent sitting in traffic. There's also an affect on businesses in high-traffic locations. Ever considered going to a restaurant or bar near a sports stadium or arena on a game day? Really? Why not?

There are quite a few additional reasons why people making the switch from cars to motorcycles benefits the road-going public as a whole. Wear and tear on roads would lessen since motorcycles weigh a considerably less than the four-wheeled contraptions they share the road with (Well, most of them anyway. -Ed.). With regulations in place like the strict Euro 4 emissions laws, pollution caused by private vehicles commuting would go down, especially when combined with the laws we see popping up in places like Paris where older motorcycles are being banned from use on public-roads. The same Belgian study claims that parking would become 20 percent more abundant as well if a 10-percent shift occurred.

Car insurance would also go down for most drivers. Motorcycle insurance isn't only cheaper than car insurance because motorcycles are themselves cheaper, but also because cars are much larger vehicles capable of doing much more damage when they crash into something. When you pay for your car insurance you’re paying for more than just your vehicle, you're also paying a little more for all the less-than stellar drivers on the roads who are frequently colliding with things. Fewer cars mean fewer colliders, which presumably means cheaper insurance, (though I’m by no means an expert on this so there may be factors I’m failing to consider).

While researching this article and reviewing several studies and polls related to congestion and traffic, words like “miserable and tremendously annoying” came up almost everywhere I happened to be looking. This brings us to the last factor that's arguably one of the most important, i.e. riding a motorcycle is plain fun. Commuting can go from an unpleasant necessary evil to a truly enjoyable experience that manages to cram some adventure and recreation into your daily routine.

Riding a motorcycle for a lot of people is one of the best parts of their life, if it can at the same time be practical, economical, and beneficial to society than that’s even better. While we can't say what the exact effect would be in major US cities without more research, we can pretty confidently assume that a larger minority of riders would mean a noticeable decrease in the universally dreaded gridlock that millions of Americans experience every day.