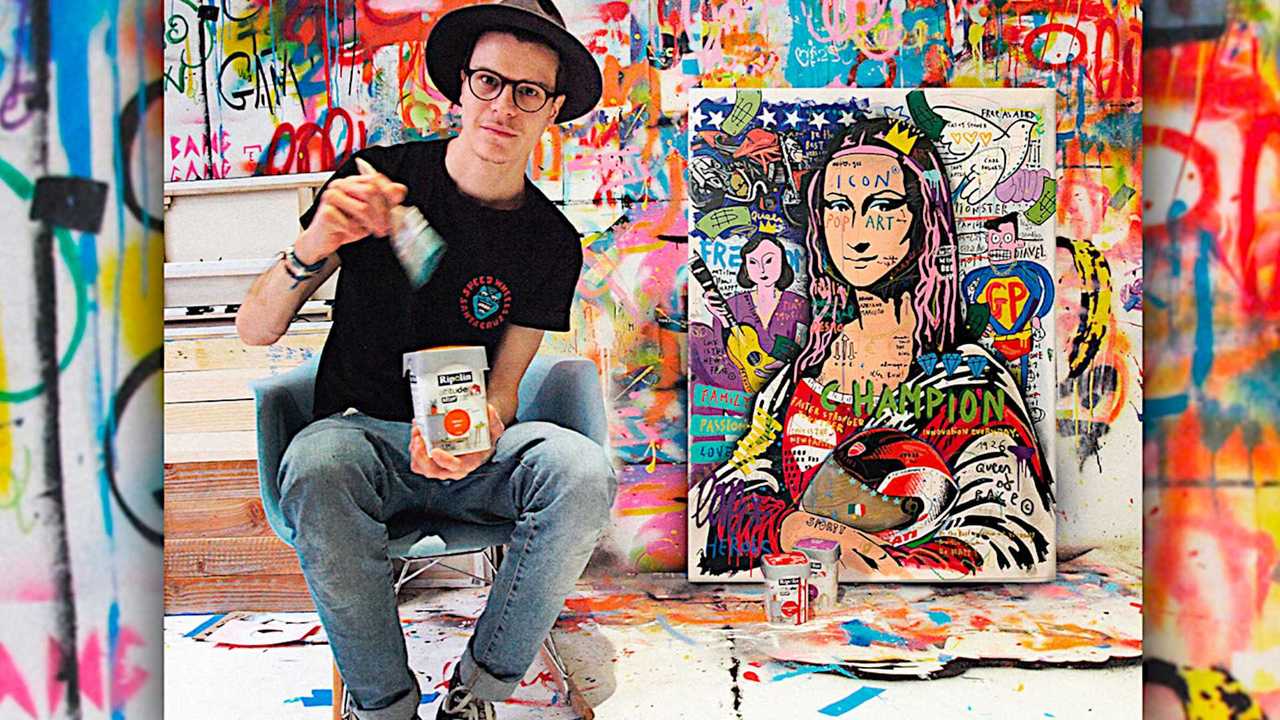 If you’re reading this, you probably already know that motorcycles can be art. Unsurprisingly, they can also inspire art as well. In this spirit, French artist Jisbar recently teamed up with Ducati to create a painting in his ongoing Mona Lisa series, a series which reinterprets the most famous painting in the world through various modern pop cultural lenses. The Ducati collaboration will raise funds for Borgo Panigale’s ongoing #RaceAgainstCOVID initiative.

Jisbar calls this work, fittingly, “Ducati Mona Lisa.” It’s an acrylic painting on canvas, featuring the most enigmatic woman in history holding a Ducati-liveried helmet and surrounded by other visual cues echoing elements of Ducati’s history. From racer names including Troy Bayliss and Casey Stoner, to a Monster hovering in the background of the upper-left quadrant of the painting, there’s something new to notice every time you glance at this work.

This painting will be auction by Ducati via the auction house Cambi Aste, and will be open for bids starting on the morning of July 16, 2020. This auction will be streamed online, and you can register ahead of time and bookmark the lot’s page if you’re interested in bidding. The auction house estimates that it will fetch between €5,000 and €7,000, or US $5,651 to $7,911. The website is available in Italian, English, French, and Chinese, but be aware that the auction livestream itself will be presented in Italian.

100 percent of the proceeds from this auction will go to the University Hospital of Bologna Policlinico S. Orsola – Malpighi, in the heart of Bologna. Its roots date back to 1592, and it’s currently the largest hospital in Italy.

Jisbar has exhibited his work in many museums around the world, and in December 2019, also launched the first painting into space. That particular painting was a recreation of his ‘Punk Mona,’ which spent three hours in orbit before returning to Earth and landing in the north of England.

If you simply want to donate to Ducati’s #RaceAgainstCOVID initiative, you can do so here.