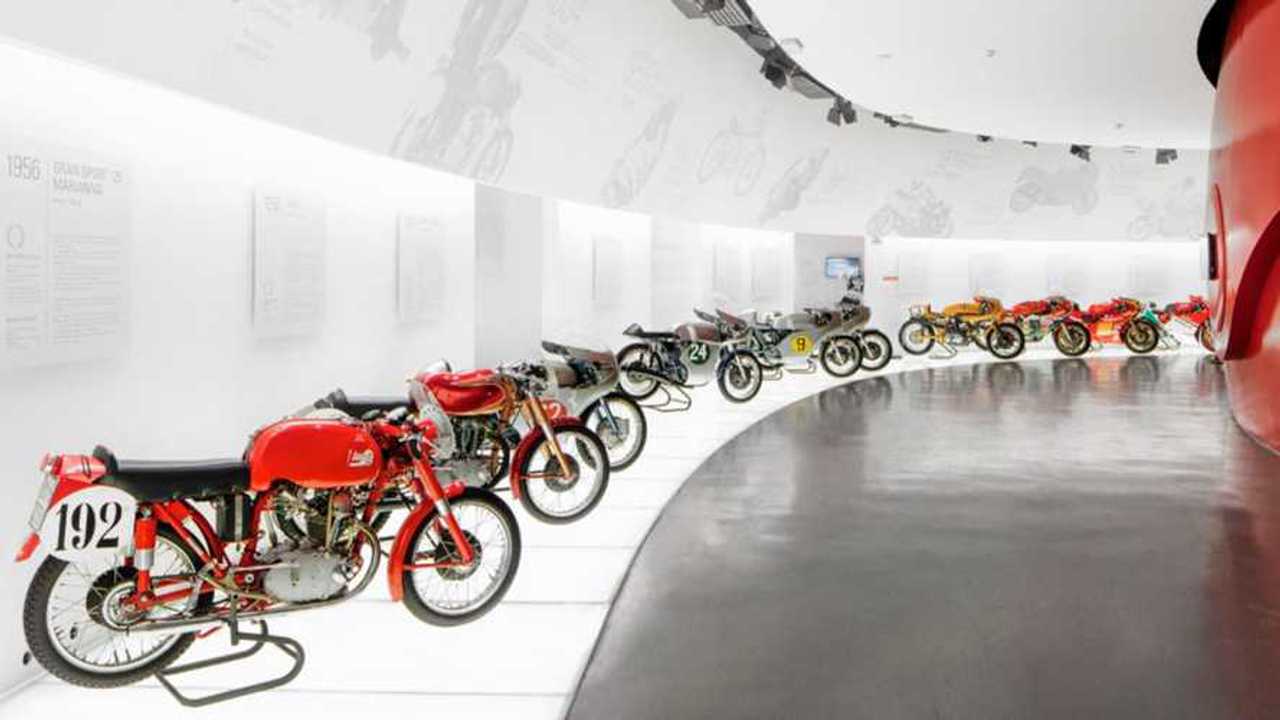 Of course, in the world of COVID-19, some limitations apply.

If you're celebrating July 4 in Italy, one way to celebrate would be to visit the Ducati Museum at their factory in Bologna. Having been shut down since March for the coronavirus outbreak, the museum is once again opening its doors to the public on a limited basis.

Until at least the end of September, the museum will only be open on weekends, with some additional days planned in August. Admission will cost just €25 instead of the usual €32 and will include entrance to both the museum itself and the Fisica in Moto lab, which demonstrates the laws of physics as applied to engines.

The More You Know:

Visit These Motorcycle Museums From The Comfort Of Your Couch

Unfortunately, you won't have all day to explore. Visits will be limited to 45 minutes in the museum, and 45 minutes in the lab. Admission is limited to just seven people at a time to preserve social distancing, and masks must be worn at all times. Ducati recommends several ways to explore the Bologna area, including renting a Ducati and exploring by motorcycle, to supplement the museum tour.

The reopening date of July 4 is quite intentional, and it has nothing to do with America's independence from Great Britain. It is the date the Società Radio Brevetti Ducati was founded in 1926. Yes, the word "radio" is in that name. At first, Ducati did not build motorcycles, but capacitors and other electronic components for shortwave radios. Adriano Cavalieri Ducati himself patented a shortwave radio design that allowed him to contact the United States, just like the amateur radio operators of today. During World War II, allied forces bombed Ducati's factory out of existence, which led to the company's focus changing to motorcycles after the war. The rest, as they say, is history.