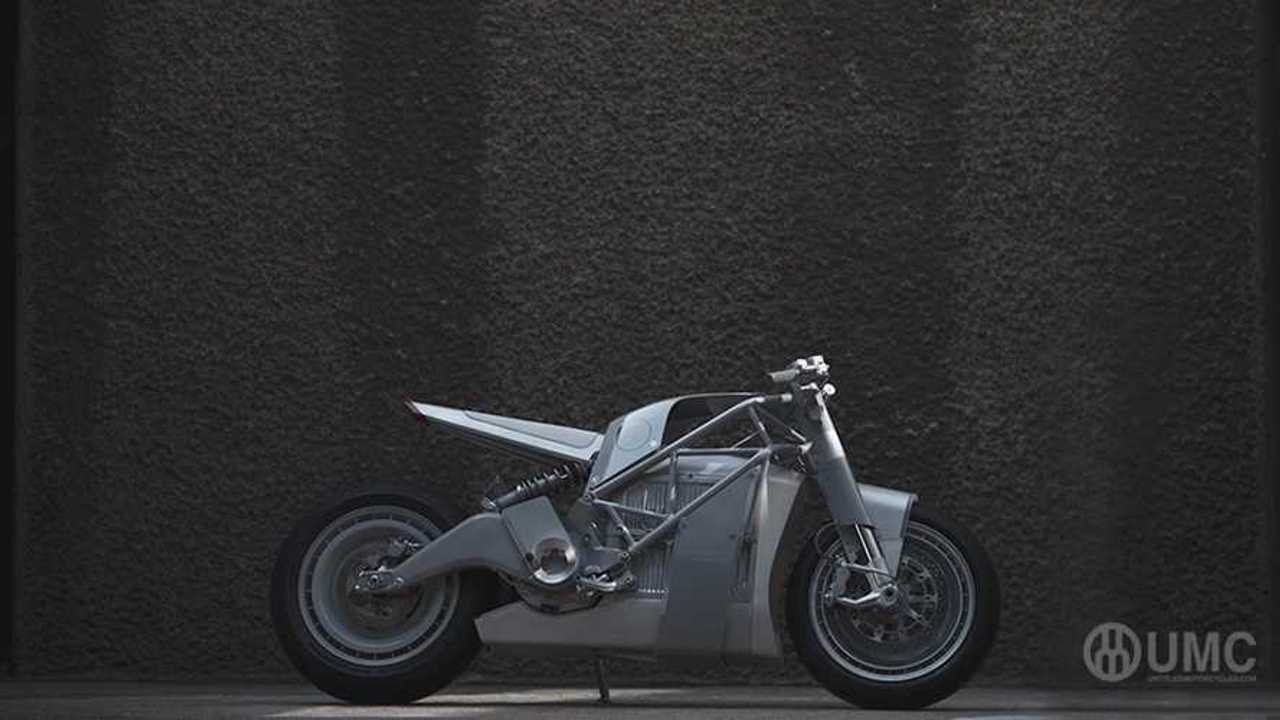 Untitled Motorcycles puts its own spin on a Zero SR/F.

Electric motorcycles may be fast off the line, but builders have been slow to adopt them for customization work. A new collaboration between Zero and Untitled Motorcycles may change that. The resulting machine, the Zero XP, is a vision of the future of the custom scene.

The XP is based on the Zero SR/F.Powered by a 14.4 kWh Z-Force Li-Ion battery and permanent-magnet, brushless Z-Force 75-10 motor,the bike has a claimed output of 110 horsepower, with 140 foot-pounds of torque. Depending which accessory pack and options are bundled in with the bike, recharging to 95 percent can take as little as an hour using a 12 kW Level 2 charging station. Range for the stock machine, without accessories, is 123 miles.

Do Androids Dream Of Electric Bikes?

With specs like that, it’s easy to see why Untitled Motorcycles was interested in working with the SR/F. Co-founder and design director Hugo Eccles had a previous career as an industrial designer (everything from Ford concept cars to TAG Heuer watches). That's probably the reason for the refined utilitarianism in the XP custom bike. It’s a clever blend of raw aesthetics with practical functionality. For example, check out how there’s just enough “gas tank” for the rider to clamp their knees to the bike, but the rest of the extraneous bodywork over the battery has been discarded.

It seems Eccles farmed out plenty of the CAD work for the build, as there are thank-yous to several CAD designers at the Untitled Motorcycles website, along with a rundown of the bike’s components. There’s plenty of CNC’d aluminum parts listed, with Showa suspension, tube steel frame and Pirelli Diablo Superbike tires. The charger was customized and relocated, and Untitled added custom gauges to the bike.

The Zero XP weighs 481 pounds; that's surprising, as the SR/F only weighs four pounds more in base trim. For now, there’s no word on what this machine would cost if you wanted to buy one, but if you have to ask, you probably can’t afford it anyway.