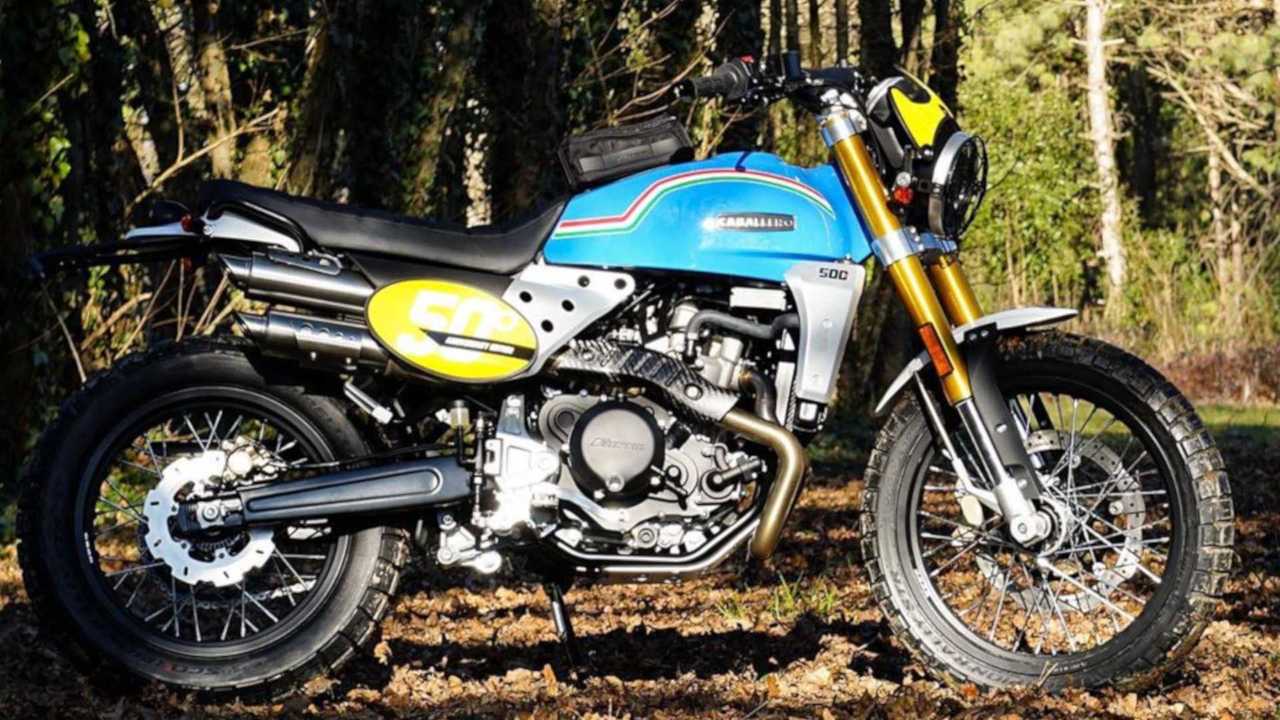 While the changes to this edition are mostly cosmetic, there’s a little bit going on under the skin that will interest you if you’re thinking of welcoming a Caballero Scrambler into your home. Let’s take a look.

European Motorcycle Sales Way Up, Everybody Else Way Down

The first thing you’ll notice is the graphics. There’s a 50th anniversary number plate on the side, the aforementioned tricolor striping, your choice of a red or blue tank cover, a tank bag, adorable little front fairing, headlight grill, engine guard, radiator guard, and a handlebar with a crossbar and bumper. All this adds some nice finishing touches to the already aesthetically pleasing Caballero Scrambler 500 model.

Small changes you won’t see right away include updated engine mapping to smooth everything out. Smoother power delivery across the band and optimization of throttle response at opening and closing without jerkiness are the goals. The suspension is also just a little bit softer, and the seat height has been lowered by 20 millimeters, or just over three quarters of an inch.

Overall, the 449cc liquid-cooled single-cylinder engine that makes a claimed 40 horsepower at 7,500 rpm and 43 Nm (or 31.72 ft.-lbs) of torque at 6,000 rpm otherwise remains the same, apart from that engine mapping update. Dual channel ABS, 320mm floating disc brakes on the front and 230mm on the rear also remain the same.

If you’re near a Fantic dealer, the company says the Anniversary Edition should already be available for sale right now at dealerships throughout Italy and wherever Fantic bikes are sold in Europe. MSRP is €7,140, or about US $7,723. If you know right now that you totally want one, it could be worth looking into whether your nearest dealer is currently accepting online orders. Then you can pick up your new bike when we’re not all on lockdown, and have yourself an amazing ride.