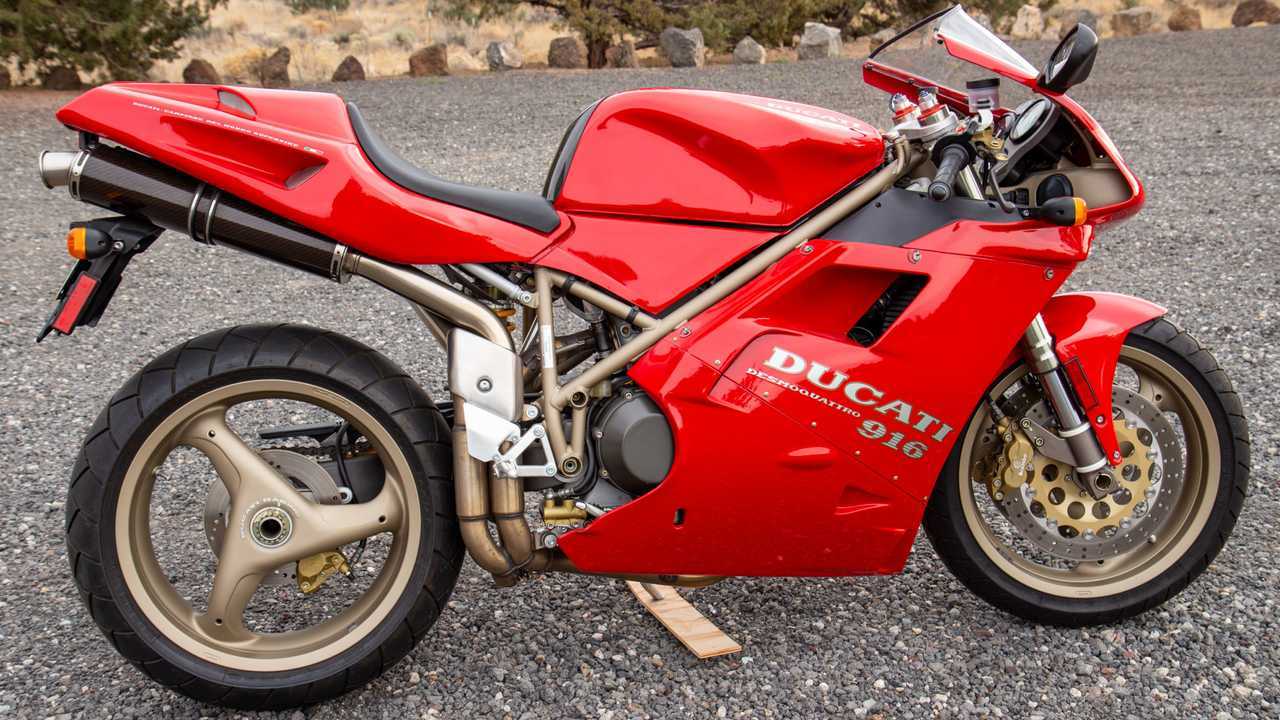 It was on display in a living room, because why not?

The Ducati 916 Monoposto was literally a work of art. The Art of the Motorcycle exhibit at the Guggenheim Museum in 1998 featured the model. Apparently the original owner of this example from 1997 agreed. After putting just 351 miles on the odometer, he put it on display in his living room.

This Ducati Was So Irresistible, Thieves Busted Through A Wall To Get It

Designed by Massimo Tamburini, the 916 Monoposto was more than just a pretty face. In fact, you'd have a hard time getting a good look at it as its fuel-injected, liquid-cooled 916 cc L-twin engine making 109 horsepower flings it past you quickly in sixth gear. The suspension features a 43mm inverted Showa fork up front and a single-sided swingarm with an aftermarket Öhlins monoshock, which the original dealership installed along with a Termignoni exhaust. The bike has Brembo brakes all around, with dual 320mm drilled discs in front and a single 220mm solid disc in the rear.

This particular example, currently being sold on Bring a Trailer, is on its second owner, who has not added any miles to the odometer. It has extremely minor wear and tear but it starts and runs. It has never been serviced since new. With only 351 miles, why would it have been? The bike also includes all of its original paperwork, including the manual, bill of sale, and a clean Oregon title.

I would hope that whoever purchases this bike has no intention of putting it back on the road. While typically I believe that motorcycles are meant to be ridden, this particular one has become a time capsule, a nearly perfect example of what this model looked like when it was new. I hope the new owner continues the tradition of displaying it in their living room because a bike this beautiful deserves to be shown off in a place of honor.